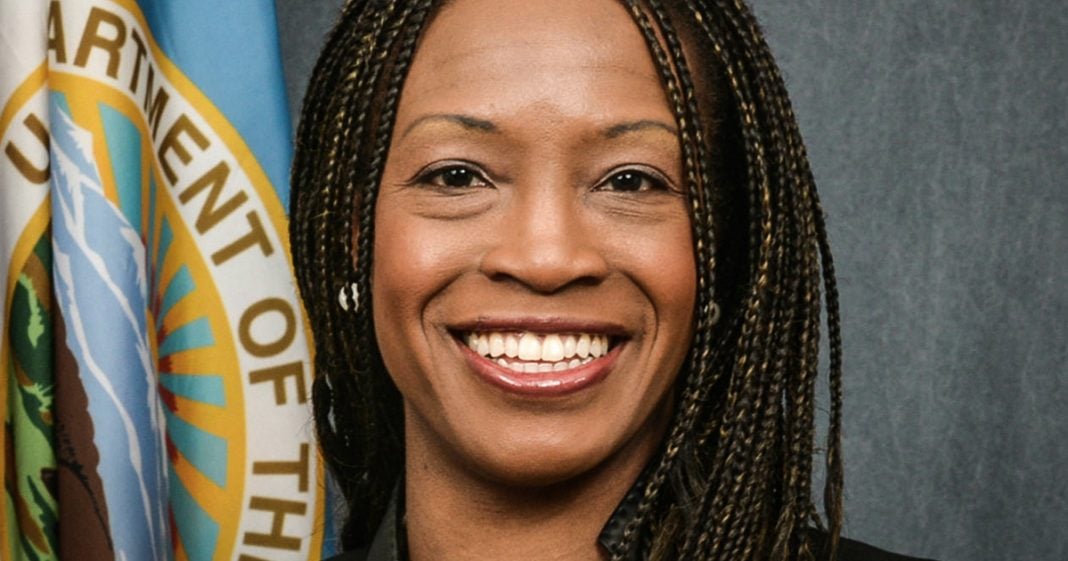 Earlier this week, Donald Trump nominated Aurelia Skipwith to be the new director of the US Fish And Wildlife Service. Skipwith’s only credentials appear to be that she worked as an executive at Monsanto for years, and has spent the last few months working with the administration to roll back wildlife protections for endangered species. This is going to be a disaster for the environment and wildlife, as Ring of Fire’s Farron Cousins points out.

Earlier this week, Donald Trump nominated someone to finally to take over the Fish and Wildlife Service inside the Department of the Interior, a woman by the name of Aurelia Skipwith. Now, Ms. Skipwith happens to be a former executive with Monsanto, and if confirmed by the Senate, which at this pint, we have no reason to think that she won’t be, she is going to be in charge of fish and wildlife here in the United States, which is going to include protections for endangered species, what kind of corporate and agricultural runoff is okay for stream and waterways here in the United States. Essentially, this former Monsanto executive is going to be in charge of telling us how much Monsanto and other corporate chemicals we can consume and how many of those chemicals can go into fish, and into other animals, and into our environment.

This administration has made it a habit, it is the new normal, for them to take these positions, like the one Ms. Skipwith has now been nominated for, and give them to corporate lackies. This particular one, Trump nominating Ms. Skipwith here, this is because Monsanto actually gave $25,000 to Donald Trump’s inauguration fund. They were one of several different corporations that gave tens of thousands of dollars to that fund. Now Donald Trump, like a good little politician, just like the rest of them, is trying to reward his corporate donors by taking one of their own and putting her in a position to where she’s going to get to regulate and monitor that specific corporation, which means she’s not going to regulate or monitor Monsanto or any of her other corporate buddies in this new position.

Again, she has yet to be confirmed, but there is no reason to think that Republicans and probably even some Democrats will not vote for this woman to be confirmed. This is an inevitability at this point. She is going to be charge of Fish and Wildlife Service, and in that capacity, she’s going to continue doing what she’s actually been doing with the Trump administration since April of 2017, which is rolling back protections for endangered species, no longer taking any kind of outside information in with regards to what species we should be protecting and also not releasing that information to the public so that we can’t know what kinds of science they’re overlooking when they make these determinations.

This is Monsanto gaining even more control over our federal government, a company who just one month ago was popped for hundreds of millions of dollars for the fact that their blockbuster weed killer, Roundup, is giving people cancer. Now, earlier this week, some of that money was knocked down from the punitive damage standpoint, but overall, the jury still held that yeah, Monsanto gave people cancer. Imagine how many more people in this country are going to get cancer now that Monsanto’s going to have one of their own in charge of regulating them.