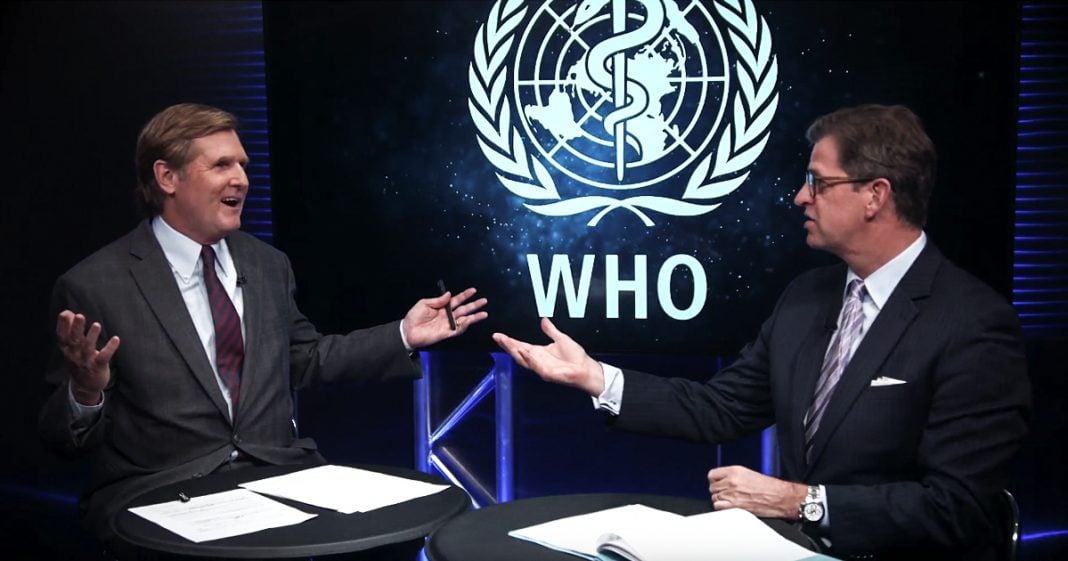 Republicans in Washington D.C. are furious that the World Health Organization said that Roundup is a probable human carcinogen, and it is, no question. Ring of Fire’s Mike Papantonio and Peter Mougey discuss this issue.

Mike Papantonio: Republicans in Washington D.C. are furious that the World Health Organization said that Roundup is a probable human carcinogen, and it is, no question. So to get back at that organization, they want the United States to completely stop funding cancer research for the World Health Organization because they didn’t say what corporate America wanted them to say. And, of course, we know that corporate America runs Washington D.C., and they particularly run the Republicans and we’re really seeing in this case.

Can you imagine, this organization is trying to help us. They’re trying to say, “Look, you know that stuff that you’re using every day in your backyard? It can cause cancer.” It can cause non-Hodgkin’s lymphoma. Terrible disease. Usually it’s going to be fatal, okay. So the World Health Organization does a just … There’s no money from either side. There’s no influence from either side. It’s a down the middle study, and they say, “Absolutely, Roundup will cause this cancer,” and they say that along with dozens and dozens of other studies that say, “Yes, this will cause cancer.”

Peter Mougey: And California listed it on their warning labels as causing cancer, I mean, so not out on a limb, is my point, and I mean to actually threaten to cut off funding unless you remove the warning, I mean, it’s absolutely crazy. I mean it’s what the big stick of power will do that we’re going to cut off the funding penny to get you guys to retract your opinions. I mean it’s-

Mike Papantonio: Amazing. Amazing, but that-

Mike Papantonio: That is absolutely exactly what’s happening, and the truth is the World Health Organization has, they don’t even have a dog in the fight.

Peter Mougey: It’s about as objective as you can get-

Mike Papantonio: Yeah. They did a study-

Peter Mougey: It’s not bought and paid for science.

Mike Papantonio: Look, let me tell you something. Do not use Roundup. If you have Roundup in your home, throw it away. It will cause cancer. I’ll be trying a case that says that and establishes that by the first of next year, and it may be the first case that establishes-

Peter Mougey: Well, you know what’s behind all this. The insecticide industry gets all organized, and they put their lobbying dollars together. They go to D.C. They’ve spent millions and millions … I think it’s $4 million that Monsanto in the last year alone in D.C. lobbying the Republicans, and they put pressure. They put money into the organization [inaudible 00:02:20] D.C. and then you see this kind of, these kind of results out of the lobby dollar-

Mike Papantonio: Peter, there’s an incredible book out. I’ve been having to study this ad nauseam because I’m getting ready for trial. The documents are unbelievable. I saw a document today where Monsanto actually makes a presentation, and in there they talk about not only does it cause cancer, but they talk about the process of how it causes cancer. Now, they say, “Well, we didn’t say that, but that’s what other people are saying.” Here’s the point. Shouldn’t you have a choice?

Mike Papantonio: I mean, if they’re not 100% sure, shouldn’t you have a choice. The doctors that are looking at this are saying there’s a time when it was absolutely clear that any responsible company would’ve said, “We’re not 100% sure, but we have enough information to lead us to believe that this stuff will cause cancer,” and still the company does nothing about it.

Peter Mougey: They didn’t notify the people that are using it.

Mike Papantonio: Interesting thing about this. The Republicans are behind the company this time, but the Democrats were behind Monsanto for so long. Hillary Clinton, of course, was their big cheerleader on GMO and various things. It’s amazing what money will buy in Washington D.C., absolutely incredible.