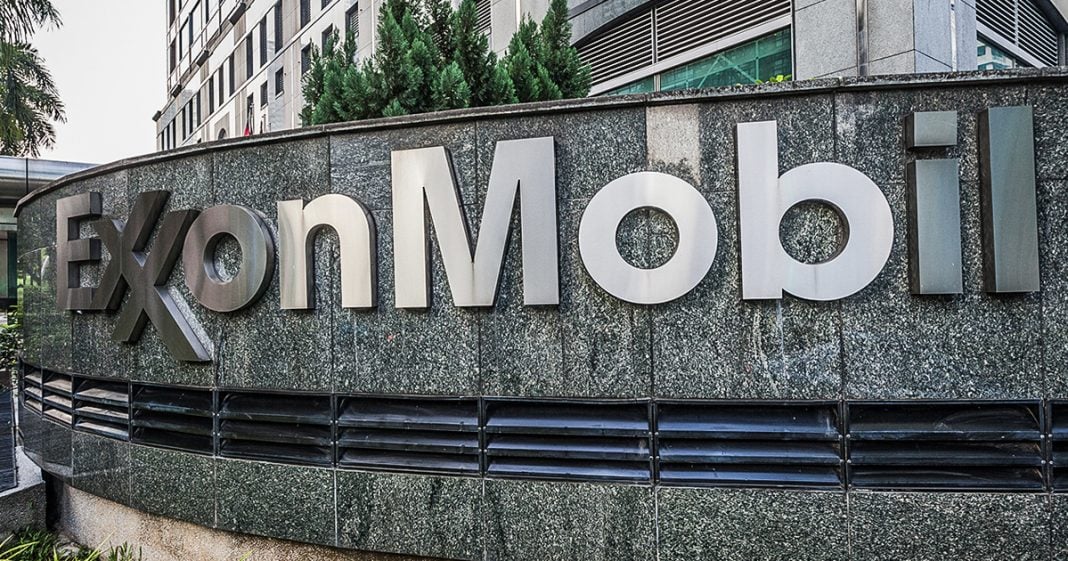 The New York Attorney General has filed a lawsuit against Exxon Mobil on behalf of the company’s shareholders over their climate change denial and cover up that went on for decades. This move by the company is going to cost shareholders lots of money, and therefore this lawsuit may have a great chance at being successful. The company knew the dangers of climate change, but hid them from everyone, including their own investors, and now those decisions are coming back to haunt them. Ring of Fire’s Farron Cousins discusses this.

New York Attorney General, Barbara Underwood, has filed a lawsuit against ExxonMobil on behalf of shareholders for the company. Over the fact that Exxon knew about the dangers of climate change, hid those dangers not just from the American public, but from their shareholders. This is a form of fraud and now Exxon is being sued for misleading investors about the company’s liability in terms of climate change and environmental damage.

Now, what’s interesting about this lawsuit is that recently other lawsuits against Exxon where thrown out. Those were brought by cities and states against the company and other oil companies, over their role in sea level rise and other forms of climate change that these cities and states are now on the hook to have to pay for. They wanted the oil companies to come in and pay their fair share for actually contributing to this problem. Those lawsuits were tossed out.

And, at the time, Mike Papantonio and I did segments about it, talking about why those lawsuits failed, and Mike Papantonio specifically said, “The only way you’re gonna be successful at this point is to bring a shareholder derivatives lawsuit against ExxonMobil or any of these other oil companies.” And, that is exactly what New York Attorney General Barbara Underwood is doing today.

It’s almost like she listed to Pap and said, “That is the best course of action. We’re going to do that.” Now, of course, the New York Attorney General’s office has actually been looking into this issue for three years now. And finally got enough information to be able to in their idea, what they’re hoping to be able to show that Exxon did hide this information from their shareholders, they lied about how many costs the company was going to incur as a result of this, and therefore, people invested their money into the company thinking it was a good investment, thinking the liabilities were much lower than they actually were. They were duped into investing and they are entitled to some kind of compensation for this. Because now as investors, they stand to lose a lot of money because Exxon lied.

What strikes me as sad about this story, and yes this is a legit case the shareholders have, the investors have, absolutely, and I hope they’re successful. But what bugs the hell out of me, is that the only time we’re able to get justice against any corporation in the United States, is when they screw over wealthy people. It is not just with Exxon. We’ve seen in with Martin Shkreli, that was his thing. He didn’t go to jail for price gouging consumers, he went to jail for ripping off rich people. Bernie Madoff didn’t go to jail ’cause he was scamming mom and pop investors like major Wall Street banks, he was scamming rich people.

And, now Exxon is facing the same kind of consequences. They destroyed the planet, they lied about it, covered it up, funded misinformation for decades, but now finally they’re getting popped for it, but not because of the coverup, because they covered it up from wealthy Americans. The only way to get justice in this country is if you’re an already wealthy individual. Because at that point, you can hold anyone accountable. Because God forbid something bad happened to the wealthy elite here in the United States.

Meanwhile, these low-lying cities, islands, coastal communities, are at risk of being underwater in the next 50 years, because of what Exxon did. Where’s the remedy for these people? Where’s their compensation? Where’s the lawsuits for that? Oh yeah, they got thrown out. And that is sad. But at least at this point, if this lawsuit by Barbara Underwood is successful, it will force Exxon and send a message to other oil companies that they no longer can lie about the dangers of climate change, they have to be open and upfront about it. And, if they engage in any additional coverups, they’re gonna get popped even more in the future.