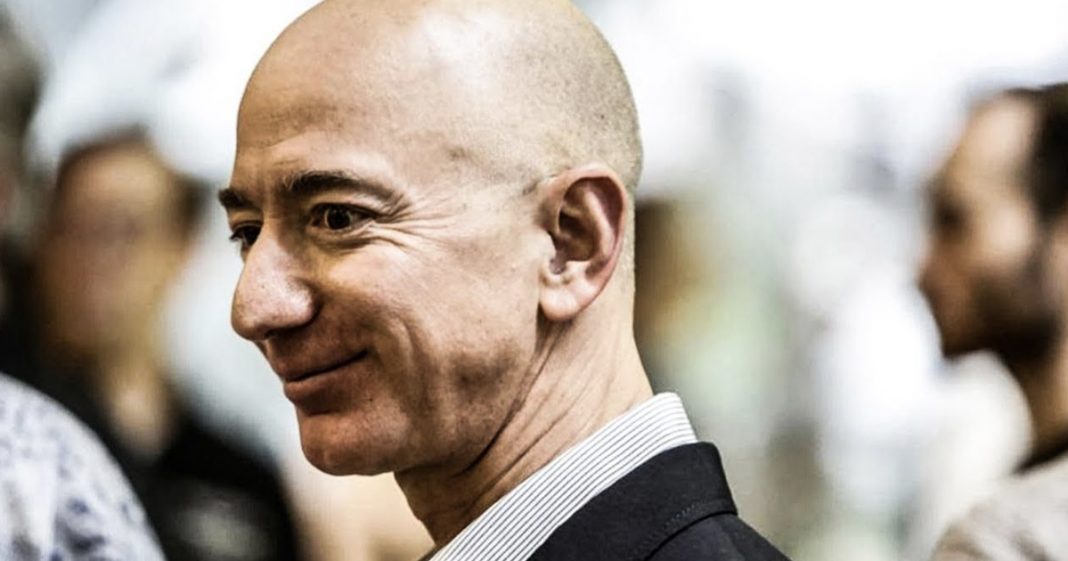 We received a Twitter question from the Atomic Sultan who asked: “Regarding Amazon’s wage hike to $15 an hour, do you believe that Bernie Sanders was the main cause of Jeff Bezos’ decision to do that?” Ring of Fire’s Farron Cousins discuss this issue.

Next question’s from the Atomic Sultan who asks, “Regarding Amazon’s wage hike to $15 an hour, do you believe that Bernie Sanders was the main cause of Jeff Bezos’ decision to do that?” A 100%. Nobody, I mean, possibly democratic representative, Ro Khanna, who was also very vocal on this issue and also sponsored the same legislation that Bernie did in the Senate, Ro Khanna did in the House, so he’s got to get a lot of credit on this as well. But that pressure is what made Bezos do this. He would not have done it had it not been for these high profile politicians putting the pressure on him, keeping the story out there, getting people on social media active, getting news outlets to start interviewing former employees of Amazon to tell them how bad the situation truly was. Yes, that was Bernie Sanders and a handful of other politicians.

I mean, to be honest, not even a handful. Again, you had Ro Khanna. That’s about all you got. Yes, it was the result of these politicians, but that’s their job. It’s refreshing to see politicians out there doing that. They did sponsor this legislation. Both men knew that it had no chance of actually passing, but by putting it out there, by getting the coverage for it and then by using your most powerful tool of all, which is the bully pulpit, going out there and keeping the heat on, putting the pressure on, keeping the media focused on it, they made Amazon change their ways. That is what more and more politicians should be doing every day. To be honest, this country would be a much different place today had Barack Obama done that more often as President of the United States. To me, that’s his biggest failure as President, not using that bully pulpit.

We have seen how effective it can be. We have seen the results that come from getting out there, putting public pressure on these companies, and forcing them to make the changes that are desperately needed. Bernie Sanders did a great job here. Ro Khanna did a great job here. If I’m leaving anybody else off that list, my apologies. I do want to give credit to everyone who helped work on this, not just the politicians, but the outside organizations, the progressive media outlets that kept covering this story. The corporate media outlets, even some of those got involved talking about this story. Props to everyone on this. Do it more often though. Don’t just let these corporations slide, okay? We have too many still out there, big box stores screwing over their workers, engaging in active wage theft of their employees. That has to come to an end.

But it’s not going to come to an end unless there is this public pressure which requires a public spotlight. The average American citizen cannot hold that spotlight up because they don’t have the platform to do it. Politicians do, media outlets do, and they’re the ones who have to take the lead on this to force the change on other corporations in the United States. Again, if you have a question for us, please send it using the hashtag, #AskROF. You can also follow the show on Twitter @RingofFireRadio and you can follow me @FarronBalanced. Feel free to send your questions directly to us, either my Twitter or the show’s Twitter. We will respond to them on the air. We’ve got to take a quick break, we’ll be right back.