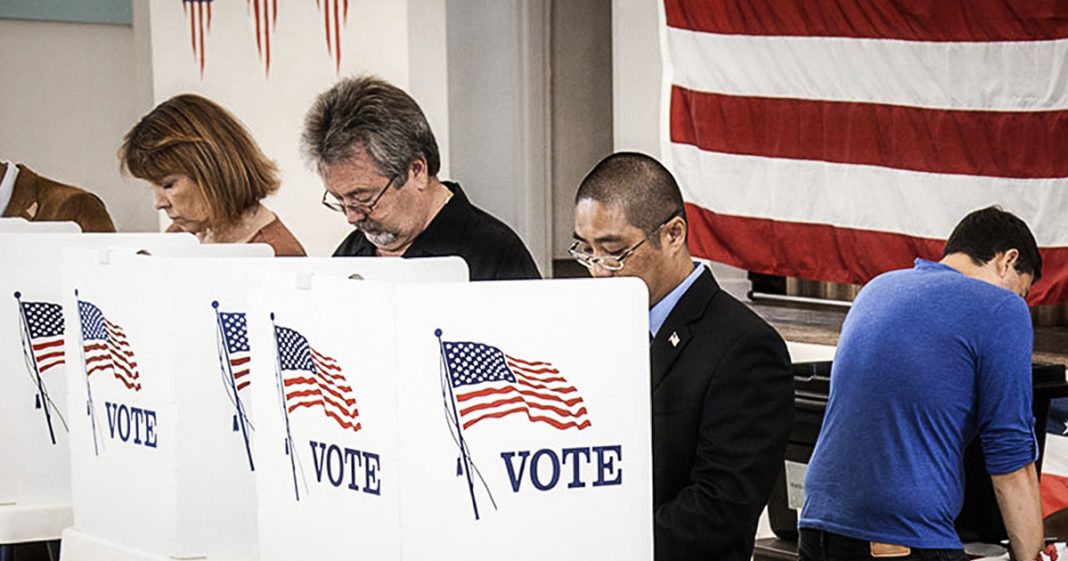 A new poll has found that a little more than 70% of voters say that they are more likely to support a candidate who is in favor of taking action to combat climate change, making climate action a major political issue. Unfortunately, most candidates shy away from this issue due to its complexities, and the corporate media refuses to talk about it because it is a “ratings killer.” But the lack of discussion doesn’t change the fact that voters want action, and this is now a winning issue for whichever party or candidate decides to be the leader. Ring of Fire’s Farron Cousins discusses this.

According to new polls out this week, 70% of independent voters here in the United States say that they would be more likely to vote for a candidate if that candidate supported action on climate change. 70% of independent voters here in the United States, you know the people who make up that mythical center. The mythical swing vote, they do kind of exist. 70% of people who are not registered with a political party say that they’re more likely to support a candidate if that person says they want to take action on climate change.

Only 14% say they’re less likely to support someone who wants to take action to help protect the planet and the country from climate change. Much like the entire Medicare for all discussion, it turns out that climate change is also a winning campaign issue. Now, I ask you this then, viewers. How many times have we heard candidates out there running ads or mentioning in their campaign speeches or during debates, how many times have you heard them mention climate change?

Now, I know the Florida governor debate from earlier this week, I know that the first question was on climate change. That was astounding that they actually did that. Jake Tapper did a phenomenal job with that. But that doesn’t typically happen. That was an outlier, and that’s why people knew it happened, because it was so shocking that they were asked about climate change. I know the corporate media doesn’t like to talk about it, as Chris Hayes himself admitted on Twitter, the reason the network executives don’t like the host talking about climate change is because it’s a, quote, “ratings killer.”

But here’s the thing. Politicians might not like talking about it because yes, it is a complex issue and it does take a little bit of nuance to be able to explain what’s happening to the planet properly. Media doesn’t like to talk about it because people tune out. They don’t want to hear about it. They don’t want to listen to it, and it’s gonna hurt their advertising money. But the people actually want it. The people want action on climate change.

Voters in the United States are ready for the federal government to do something to protect the planet. This is a winning campaign issue. This is something that candidates out there, as we approach the midterms, they need to be talking about! Because we know, based on the polling data, based on the available evidence, that people want action. They do not want a government controlled by fossil fuel interests. They do not want politicians who are bought and paid for by the fossil fuel industry or by the agro-chemical industry.

Groups that pour in millions of dollars every election cycle to buy politicians who go out there and deny what science is telling us. They’re tired of it! And the voters want something different. The biggest problem right now is that we do have one political party, the Republican Party, that’s pretty much made it a staple of their party that they’re gonna deny climate change or deny that human beings are causing it. Or if they do admit that it’s happening, and that humans are causing it, that there’s nothing we can do so we shouldn’t do anything.

Marco Rubio recently said that we can’t blow up the economy just to save the planet, or the country, or anything really. Then we have the Democrats. They talk a good game on it. Obama talked a good game, admitted climate change was real. It was a threat and we needed to do something. Then he expanded domestic oil production. Then he expanded offshore drilling. Then he expanded leasing out new coal mines, as fracking exploded! Quite literally and figuratively under the Obama administration. So yeah, it’s one thing to talk about the need to stop doing all this, but then you have to follow through.

That’s the second part of that that Obama never really got. He didn’t follow through. We got a couple good environmental regulations from him, but all of that has already been undone by the current administration. It’s time to switch. It’s time to do something, and it’s time to take action. That’s what the American voters want to see, but unfortunately with too many of the current crop of political candidates, I don’t know that climate action is on the table yet. And that’s a very sad thing to have to say.