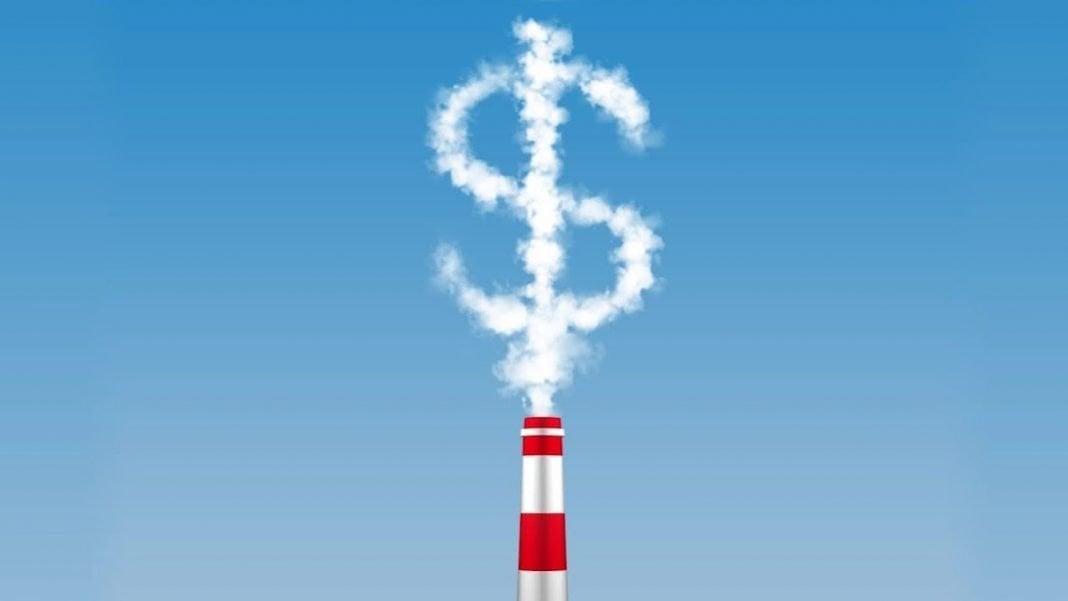 We received a Twitter question from @HospicePlanet who asked: “How effective and influential is the insidious Heartland Institute, and it’s anti science guru Myron Ebell, installing US implementation of renewable energy, and in hampering vitally important US progress towards combating existential, abrupt climate change?” Ring of Fire’s Farron Cousins discusses this issue.

We’re gonna go now to Twitter and answer some of your viewer questions. If you have a question for us, that you would like to see answered on this program, just send it using the hashtag #askROF.

Our first question tonight comes from PlanetHospice, who asks, “How effective and influential is the insidious Heartland Institute, and it’s anti science guru Myron Ebell, installing US implementation of renewable energy, and in hampering vitally important US progress towards combating existential, abrupt climate change?” I think groups like the Heartland Institute, which, they are by no means alone in any of this science denial. They’re at the forefront of the assault on both, regulations and science, itself, within the Republican Party.

Now, Heartland has taken a lot of heat over the years. They’ve been one of the most vocals. They’re the people who put up those massive billboards in the past, with a picture of Charles Manson that says, “I still believe in climate change, do you?” Obviously, absolutely stupid statement to make, that has no bearing on anything whatsoever, but the Heartland Institute decided to do it, and they’re funded by fossil fuel interests.

See, that’s the thing about all these Republican think tanks. They go out there. They got their own scientists, or experts, people like Myron Ebell. They tell us that, “No, science isn’t settled on this, there’s big arguments in the scientific community. Uh, we don’t know if the planet’s even warming, or if it is warming, we certainly can’t say that human beings are doing it. And, if we can say that human beings are doing it, then, we can’t say what percentage. And, if we do happen to have a percentage, then, there’s probably nothing we can do anyway.”

That is actually the line of thought, the train of thought that Republicans have been using recently. We’ve seen Marco Rubio come out with that, like, “Well, we can’t really put a percentage on what humans are contributing to climate change.” Yeah, actually scientists can, and they have. They have.

How about you go read a scientific paper, Marco Rubio? How about you stop reading the propaganda being put out by groups like the Heartland Institute, or Heritage Foundation, or any of those other right wing, fossil fuel funded organizations, and you start looking at the real science. ‘Cause here’s the thing, regardless of what Republicans tell you, scientists, the people out there fighting for a better planet, they don’t have anything financially to gain from any of this. The fossil fuel companies do.

I’ve seen that talking point too many times. I’ve spent many years covering climate science denial, through my work with DeSmog Blog. This is an issue I’m very up on. Republicans always want to tell us that, “These scientist out there think they know better than everybody else.” They’re just in it for themselves. What do they have to gain? Nobody’s paying them to go out there and say, “The planet is burning down,” and that, “We need to save it.” The only thing they have to gain, is a slightly more habitable planet for themselves, and their loved ones. That is reason enough for them to come out there, and try to make things better.

Meanwhile, groups like Heartland, groups like Heritage, and all of the others out there, they’re funded by fossil fuel companies, the people who do have a direct interest, financial interest, in us denying that a problem even exists. Because, if we all finally admitted, that, “Yes, this is happening. And, yes, humans are making it worse. And, yes, the fossil fuel companies are responsible,” then, suddenly, their profits go way down. We start investing in renewable energy.

Not once along the way, has any one of those idiotic CEOs running an Exxon, a Shell, or BP, or Chevron, or any of them, said, “You know what?