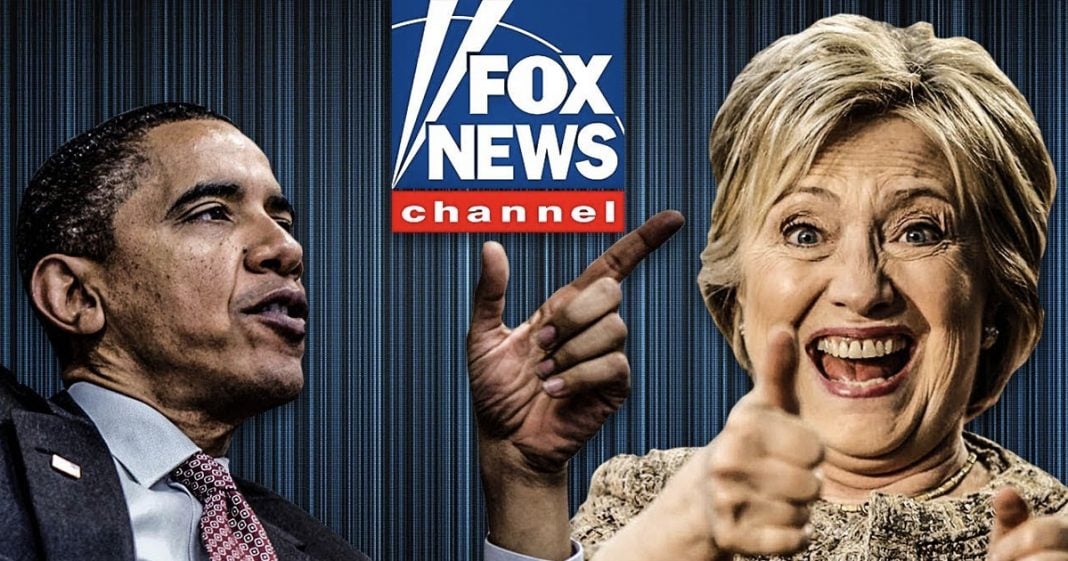 Twitter user @MyronNash1991 sent us the following question: “Why can’t Fox News leave Hilary Clinton alone and Barack Obama, even though he’s out of office? I’m just curious and I know part of the reason is because of Trump, but I believe there’s more than that.” Ring of Fire’s Farron Cousins discuss this issue.

Our next question comes from @mayra_nash1991 who asks, “Why can’t Fox News leave Hilary Clinton alone and Barack Obama, even though he’s out of office? I’m just curious and I know part of the reason is because of Trump, but I believe there’s more than that.”

Here’s the reason Fox News can’t let Hilary Clinton go, they can’t let Barack Obama go. It’s because that network’s base, the viewers who tune into that network every single day, they’re motivated by fear and anger. Without those boogie men, the Hilary Clinton right around the corner or the Barack Obama hiding under your bed to inject you with socialism medicine, they’ve got nothing. That’s why they’re gonna keep hammering on it. We’re going to see less and less of that as Democrats, assuming they take back the House, maybe even the Senate, in the midterms.

But we’re also seeing a bit of a pivot at this point, too. Fox News and other right-wing websites, ’cause it’s not just Fox News, they’re trying to promote this idea that Maxine Waters is the head of the Democratic party. You know who in this country’s talking about Maxine Waters right now? Republicans, Republican right-wing websites and news channels. That’s literally it. There’s nobody on the Democratic side trying to hold up Maxine Waters as the face of the party. That’s only Republicans doing that. Any Democrat who says that she is, they’re doing the work of Fox News for them. Same thing with Hilary Clinton and Barack Obama.

What’s even more disgusting to me, though, is that they’re still too many people out there in this country on the left still talking about Hilary Clinton as well. Why? We had news reports earlier this week telling us that Hilary Clinton has not completely ruled out running again in 2020. For the love of God, don’t. We appreciate everything you have done for this country. However, you have now run for president twice. You got beaten really bad the first time. You won the popular vote the second time, but that’s not what counts in America, which is unfortunate and unfair. However, you have lost two different times. It’s time to let somebody else have a shot at it. Continue doing what you’re doing. If you wanna be politically active, Hilary, be politically active. That doesn’t bother me at all. I don’t think you should just disappear from reality. If you wanna do these things, do these things, but I personally believe that your time to run for president has expired.