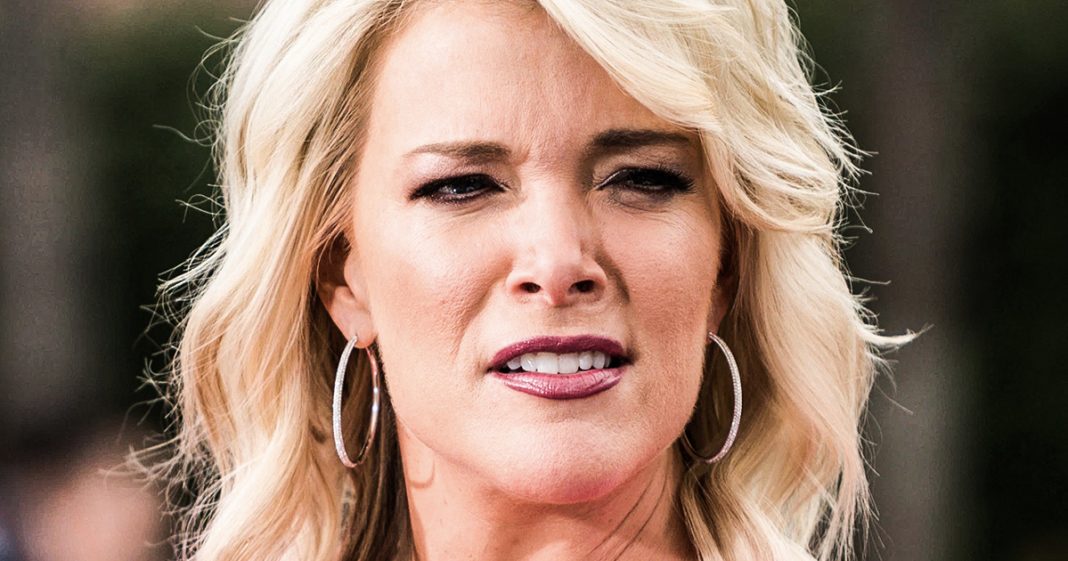 Earlier this week, NBC’s Megyn Kelly said that she didn’t understand what the big deal was about people going in blackface for Halloween, and actually said that when she was younger this kind of thing was perfectly fine. First of all, no, it was never fine. But more importantly, it seems like the NBC host is about to lose everything, partly due to her comments. Her talent agency has already dropped her, and NBC is preparing an exit package for the embattled host after pulling her show for the rest of the week. Ring of Fire’s Farron Cousins discusses this.

Former Fox News host and for the moment, current NBC host Megyn Kelly has been having a really bad week because she doesn’t understand what’s so racist about people dressing up in Blackface. Earlier this week, Megyn Kelly did a little roundtable discussion on her NBC morning show where she talked about the fact that, “I don’t get it. When I was younger people could do this and it wasn’t seen as offensive whatsoever.” That’s something she actually said. Like, back in the day, everybody wore Blackface all the time and it was just totally cool for us to do this. And everyone’s like, “Blackface. That’s cool. That’s not racist at all. Let’s go get a malt.” I don’t know.

Following this she was immediately dropped by her talent agency. Megyn Kelly has now lost her representatives. Her talent agency wants nothing to do with her. We found out this morning that NBC has decided that she’s not going to host her show for the rest of the week. They’re just going to run some reruns, maybe hoping the whole thing will blow over. But reports have also come out in the last 24 hours showing that NBC is actually wanting and they spoke to Megyn Kelly about this, about a week or so ago about winding down her show. Bringing it to an end because it’s just not working out for anybody.

And now, after the Blackface comments, NBC is reportedly already working on an exit package for Megyn Kelly to pay her off and get her off the air. This is exactly what Megyn Kelly needs. But let’s go back to the Blackface comments and her not knowing that this was some kind of racial thing. Megyn Kelly has made it a point throughout her on-air career to always take the side that white people can do no wrong. I mean she’s also going out there and insisted, done multiple segments on the fact that Santa Claus is white. And if you depict him as otherwise, then you’re doing harm to the white race. Jesus Christ was also white according to Megyn Kelly, even though that would actually be impossible given the time frame in which Jesus was said to have lived and the geographic location in which Jesus lived. There’s no way that can even be possible Megyn.

Megyn Kelly, I saw somebody on Twitter say this, my apologies for stealing it and not being able to properly attribute it. So if you were the one who came up with this, please accept full credit. But you can take the girl out of Fox News, but you can’t take the Fox News out of the girl. And that’s what we saw this week with her comments defending Blackface. Megyn Kelly is now and always has been a Fox News person at heart. And no matter what network they put her on, what kind of audience they give her, even when they try to keep her away from politics, that Fox News side of Megyn Kelly is always going to shine through.