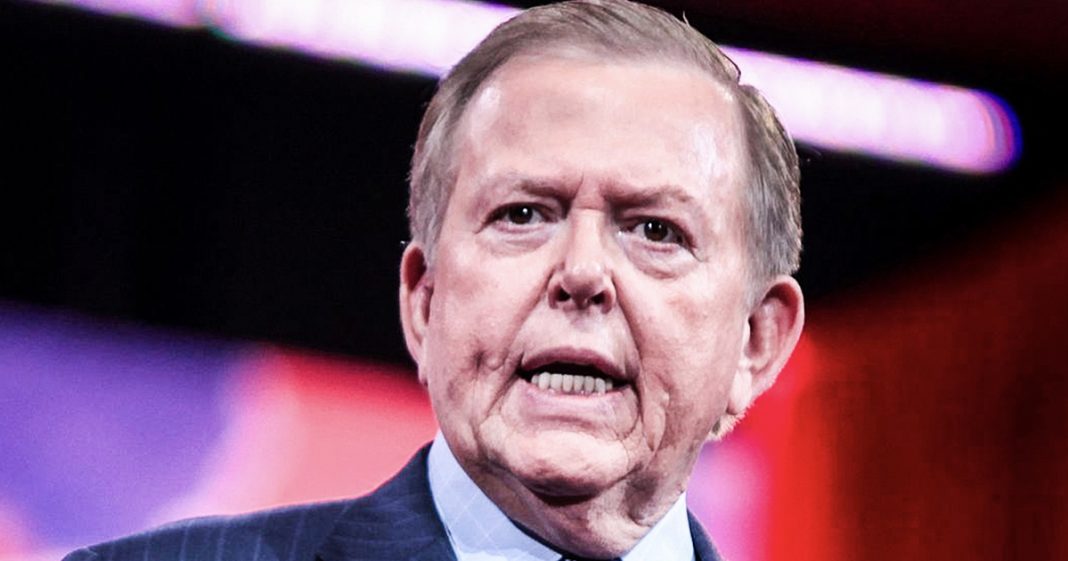 Shortly after it was reported that suspicious packages containing explosive devices were sent to high profile Democrats and donors, conservatives began cooking up wild conspiracy theories about the entire thing being a false flag in order to boost Democrats ahead of the midterms. This conspiracy theory was hatched on Reddit by pro-Trump supporters, and it didn’t take long for Fox News and other conservative sites to jump on it. Ring of Fire’s Farron Cousins discusses this.

Well for the last 24 hours we’ve had conservatives out there telling us that all of these bombs being delivered to high profile liberals in the United States are a false flag operation. The idea is that Democrats are sending these bombs to themselves or a group of Democrats is out there sending it to other Democrats in order to gain sympathy for the party ahead of the midterms, and to paint the right wing as some kind of crazed, deadly threat that needs to be voted out of offic.e that’s the conspiracy theory being pushed by Republicans right no.w

This is conspiracy theory that yesterday as soon as reports of these bombs started coming out, over on Reddit, on the The Donald subreddit, they began pushing this conspiracy almost immediately. Shortly after that, it was picked up by Fox News. They had guests on who suggested. And then later in the day we even had Fox News hosts, including Lou Dobbs who has a direct line into the President of the United States saying, that it’s likely this was a false flag operation.

George Soros, Hilary Clinton, Barack Obama, just this morning Joe Biden, Robert DeNiro, Debbie Wassermann-Schultz, Erik Holder. My apologies if I’m leaving anybody out, but the list seems to be growing by the hour at this point. This is insanity. And this is not, as Mike Pence and Donald Trump, and Ted Cruz, and even some Democrats said, this is not a both sides issue. This is domestic terrorism being carried out against current and former government officials, high profile donors, and even members of Hollywood at this point who’ve spoken out against the President of the United States. This is an act of domestic terrorism.

It’s not because of the tone of the media, oh and CNN was also a target, John Brennan. And it’s not because of them, it’s not of CNN, as Donald Trump told us this morning and as Sarah Huckabee Sanders repeated after Donald Trump said this. This is a uniquely Republican thing happening here. We have not seen any kind of level of violence or anger on the left as we have from the Republicans. Let’s not forget that these people did kill someone a year ago, Heather Higher in Charlottesville. They want to kill more people, principal at least they want to give is the impression that no liberals are safe, no Democrats are safe. They’re going to come after anybody who dares say a bad word against the President.

This is not a conspiracy, this is not liberals trying to bomb themselves, this is not George Soros funding these things. These are crazy people on the right who are going after anyone who’s criticized Donald Trump. We have to stop with this both sides rhetoric. That is not what is happening here. The Republican right, the alt-right, whatever the hell they want to call themselves today, they are being energized by the hateful language coming out of Donald Trump’s mouth.

And as we mentioned yesterday, this man’s about to start doing two rallies per day as we get closer to the midterms. Imagine how much hate is going to come out and how much anger is going to be awoken in those angry Republicans. It’s going to be a complete shit show. And I’m afraid there’s not much we can do about it as this point. Hopefully, we have intelligence agencies and the Secret Service looking into this, and hopefully they catch these people before somebody gets seriously hurt or even worse. But as long as Donald Trump is out there and he’s doing his hate filled rallies, and people are still, even last night at a rally, chanting, “lock her up.” As long as that continues, these threats are going to continue. And the only way to defeat it is to get Donald Trump out of office.