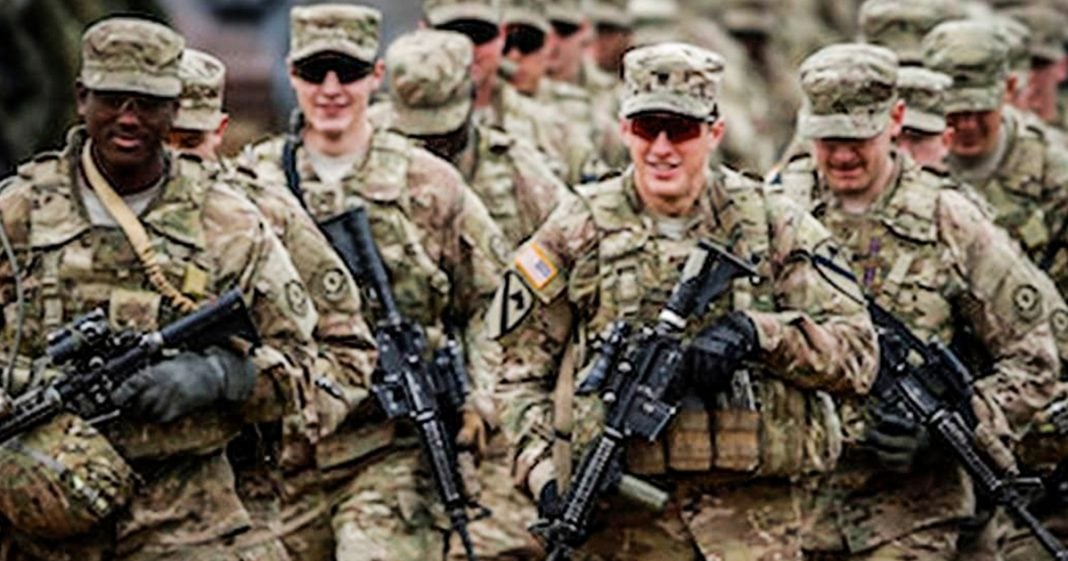 According to recently-released documents, the US Army attempted, and failed, to show that Antifa protestors posed an immediate threat to the United States. The documents show that the Army was trying to show that these far leftists were a danger to America, but none of the evidence they could muster found that these people posed a threat to anyone. Ring of Fire’s Farron Cousins discusses this.

If you’ve spent any time on Conservative websites, The Daily Caller, Breitbart, Daily Wire, any of those, then you’re probably among the people in this country who believe that Antifa is the greatest threat facing the United States of America.

The US Army disagrees with you on that. In fact, the US Army, according to unclassified documents, can’t find a single instance where Antifa has ever posed a threat to human life here in the United States. It was reported yesterday in The Daily Beast that the army had actually been investigating Antifa, trying to determine if they were actually a threat not just to the civilian population but more importantly to them, to members of the military because they didn’t want these people to come out there and attack military bases or military personnel or anything like that, that could affect the US Army. So, they started investigating them. What they found was not one single instance, not one piece of evidence, to suggest that Antifa was a threat to anyone.

However, knowing this, it hasn’t stopped these right-wing conspiracy websites from pushing the theory that Antifa is out there, they’re coming to get us, they’re going to attack us, they could possibly even kill us. None of that has materialized.

Now, I don’t care if you agree or disagree with Antifa’s tactics. They have engaged in vandalism. Yes, that is wrong. There is no need for that whatsoever. But aside from that, they’re not the ones out there sending pipe bombs to former and current politicians. They’re not the ones who mowed down a protestor with their vehicles and sent her to an early grave. Antifa may be disruptive, they may be angry, but according to the US Army’s own investigation, they are not a threat to human beings in the United States.