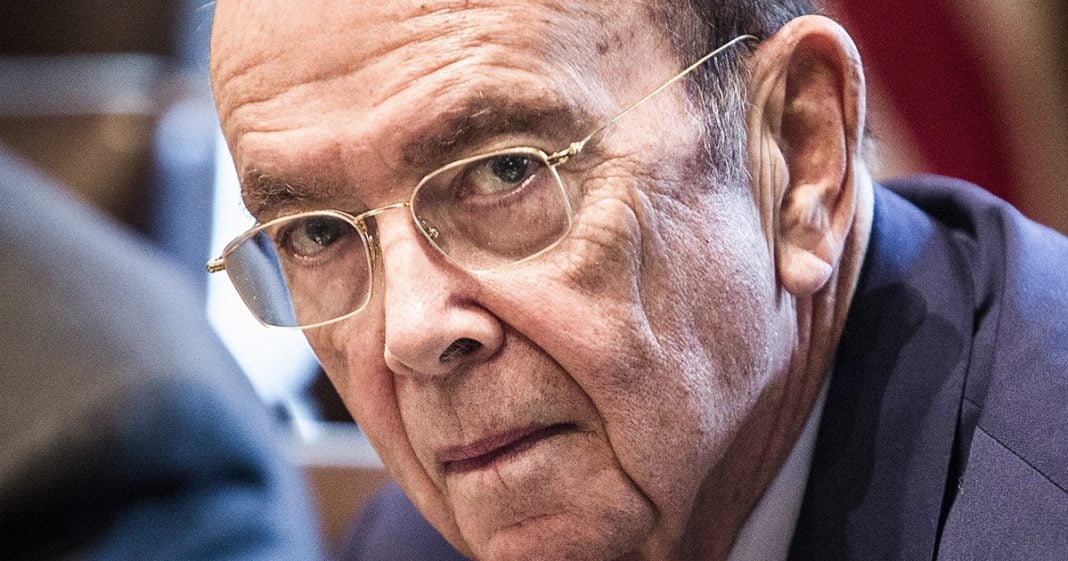 The US Supreme Court has once again decided to meddle in politics, and they’ve extended a stay from a lower court that is currently preventing Trump’s Commerce Secretary Wilbur Ross from being deposed ahead of a looming court battle. The issue is whether or not Ross lied under oath about the citizenship question that has been added to the census, and it appears that Ross has already lied under oath about the issue. Ring of Fire’s Farron Cousins discusses this.

Earlier this week, the U.S. Supreme Court decided that they were going to protect Donald Trump’s Commerce Secretary Wilbur Ross from being deposed in an upcoming trial that the government is facing over their decision to add a citizenship question to the United States census. Now, here’s the back story on all of this in case you’re not familiar with it. A while back Wilbur Ross testified under oath in front of Congress in saying that he added the citizenship question to the census, which has been a highly controversial move. He added it at the request of the U.S. Department of Justice. Simple enough, right?

Well, it turns out that emails that have been uncovered reveal that Wilbur Ross, this was actually his idea. It did not come from the U.S. Department of Justice, and therefore Wilbur Ross lied under oath about adding this citizenship question. In case you’re not familiar with it, yes, that is against the law, and yes, that is something that the average human being would actually be put in jail for doing.

Lawsuits were filed, they sought to take a deposition of Mr. Ross, and find out exactly why he decided to lie under oath to Congress. On Monday evening of this week, the U.S. Supreme Court with a decision led by Neil Gorsuch, Donald Trump’s appointee here, decided, “No, we’re going to issue a stay. We’re going to put a stay on this much like we just did with that climate change lawsuit so that Wilbur Ross cannot be deposed, so that lawyers can’t take a crack at him and find out why he broke the law to protect this particular question.”

It’s interesting, you can read some of the opinion in the link, in the video description here, but Gorsuch along with Clarence Thomas actually talk about the fact that, “This is weird that the government’s being sued over the question. This seems like a political thing, and this shouldn’t be happening. Wilbur Ross, he didn’t do anything bad by adding this question.” They completely glossed over the fact that the guy lied under oath and we can easily prove it with his own leaked emails. That’s what’s at stake here. Not just the fact that adding the citizenship question is obviously going to cause people to under-report, which most of these people would be Democratic voters. It’s going to re-shift districts in a way that favors Republicans, essentially remap the United States and our congressional makeup.

The Supreme Court knows exactly what they’re doing. They’re stepping in and all of these legal issues that they should not be stepping into for political reasons. Neil Gorsuch’s done it. It’s only a matter of time before Brett Kavanaugh does it. John Roberts has already done it several times in the last few weeks, trying to protect Karl Rove and dark money donors. John Roberts is the one who stepped in and halted this climate change lawsuit, at least temporarily. Now, we have Gorsuch and Thomas. The Supreme Court is a political tool of the Republican Party today. They are not acting to protect the U.S. Constitution. They are not acting to preserve the rule of law here in the United States. They are only acting to protect Republicans and Republican donors. That is what today’s Supreme Court is all about.