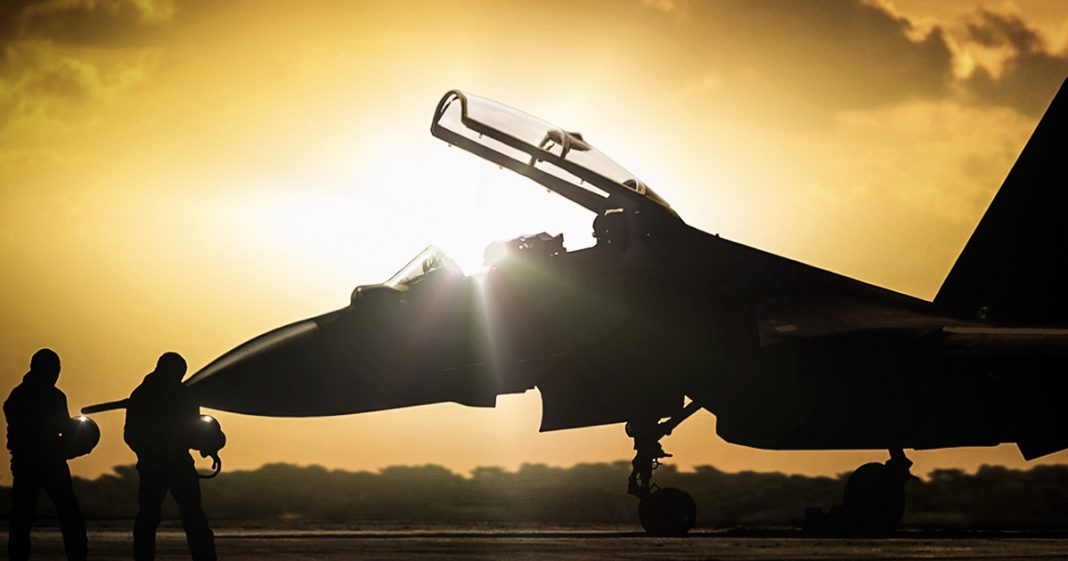 The US government has always had a penchant for wasteful spending, a trope that goes back well over a century in this country. And the waste hasn’t stopped. According to new reports, the US Air Force has spent more than $300,000 on coffee cups over the last 2 years because they keep breaking and they can’t order replacement parts. However, the Air Force has admitted that they could 3-D print replacements that would cost 50 cents per cup, they just aren’t doing that. Ring of Fire’s Farron Cousins discusses this.

So there’s been this trope going around for well over a century at this point that the US government is completely wasteful with their money. You know, usually we see this in political cartoons, in newspapers and magazines. But again, this has been well over a century that people have been saying the US government’s bad with money. And they are, at least to a certain extent. I mean the government loves to waste money on things that don’t matter, while underfunding things that are actually important here in the United States.

But the problem is that there’s a serious design flaw with these little chintzy metal cups. And then if you drop them and it lands on the handle, it breaks. You can’t order a replacement part, you cannot fix it for some reason. So you got to order new and each order is over $1,200. So the government is wasting hundreds of thousands of dollars because people on the Air Force keep dropping their coffee cups and breaking them.

Now, Republican Senator Chuck Grassley actually recently addressed this issue, and he talked about the fact because he got a letter from Heather Wilson, the Secretary of the Air Force, where she said, yeah, we’re spending a lot of money on coffee cups. And Grassley basically said, yeah, I can see that. What the hell’s going on? You just demonstrated recently, the Air Force did, that you could 3D print replacement parts for these coffee cups. So why are you having to order $1,200 of cups every time one of them breaks? Heather Wilson didn’t really have an answer for that. She was like, yeah, it’s a lot of money and a lot of cups, but keep dropping them. Fifty cents per cup is what it would cost to 3D print replacements.

But that just shows you how wasteful the government can be, right? Because that’s what this story is really about. This isn’t a knock at the Air Force or a dig at the military. It is a dig at the fact that first and foremost, they could be using recyclable disposable cups. I mean, how about that? We’ve got all kinds of different kinds of thermoses and cups that can withstand high temperatures or below freezing temperatures. You can get them on Amazon. I mean, it’s really not that hard. You could just say that, hey, cadets, if you want a coffee cup, you’re going to have to supply it yourself. Sorry, that’s the rule because we’re not going to spend hundreds of thousands of dollars on cups that you guys can’t stop breaking.

We have schools that are underfunded. Roads in this country that have potholes that are older than some college kids because we can’t afford to fix them and we’re spending hundreds of thousands of dollars on coffee cups just for the Air Force. I’m willing to bet if we went through the government’s actual budget, we could find even more wasteful spending like this.

But at a time when our government is starved for money because they’re starving themselves by cutting taxes for the wealthy, I think the last thing we need to be wasting hundreds of thousands of dollars on is coffee cups. I would much rather see that money go to schools across this country, maybe get each school one new textbook because believe it or not, that would actually make a huge difference in schools across the country. Or maybe we could fix some potholes. Maybe we could give some bonuses to firefighters in the United States.

I don’t know exactly what we should do with that money, but I do know that literally anything else would be better than wasting it on extremely breakable coffee cups.