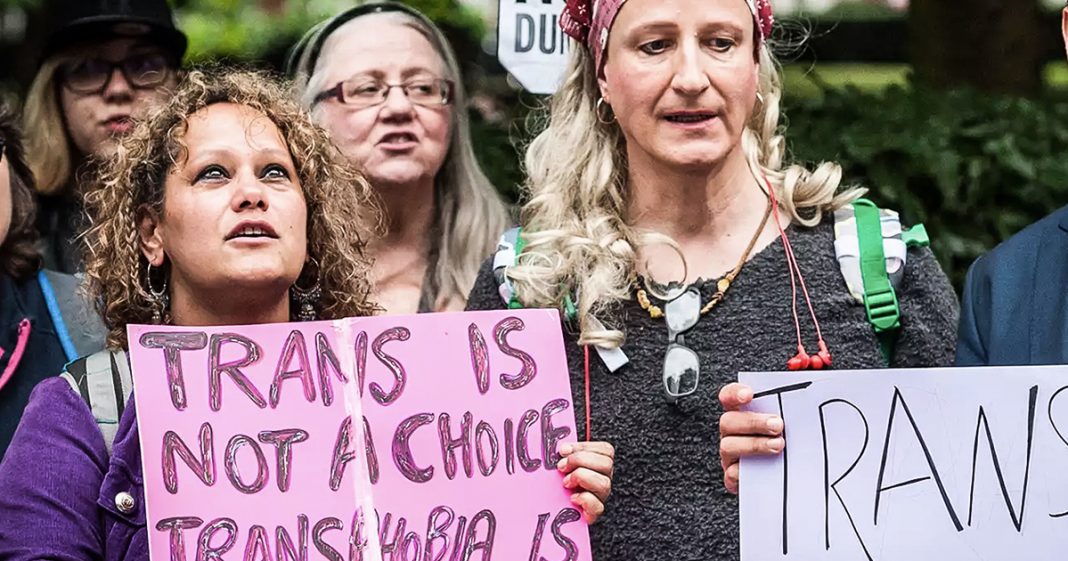 The Trump administration is in the process of drafting a new rule that would clearly define two, and only two, separate genders in the United States. This move would strip transgendered Americans of any legal protections that they may have, opening the door for a new, harsher era of discrimination. Ring of Fire’s Farron Cousins discusses this.

When he was running for president, Donald Trump promised us that he was gonna be one of the best friends of the LGBTQ community if elected president.

Then almost immediately after being sworn in as president, he began his attacks on that community. And those are attacks that actually continue to this day, and they’re attacks that are escalating.

Because right now, the Trump administration is considering proposing a new rule under Title IX, that would firmly and definitively state that there are only two genders among humanity. Just two.

Now, forget for a moment, because they’re trying to use that Republican talking point that’s going around like, “There’s only two genders, you’re either a dude or you’re not a dude.”

Well, here’s the thing, actually, genetically there are multiple different options to happen. Anybody who’s studied even 9th Grade Biology understands that even just from the mutation standpoint more than just an XX or XY chromosomal possibility are out there. So, not only would this rule be an attempt to discriminate against transgendered Americans, but it would also go against what science tells us is accurate.

But of course this administration has never cared what science has to say, but let’s get back to the attack on transgendered people. By writing this rule, if they make it official, it would essentially erase transgendered people from existence here in the United States, at least on paper.

And what that means is that school districts, employers, the government itself, shop owners, corporations, everybody would be able to discriminate against transgendered American citizens because of this new rule by the federal government. And that’s the point of it.

This isn’t because they want to make it clear that there’s only two gender possibilities, it’s because they wanna legalize the discrimination against this community, against these people who already have an abnormally higher suicide rate than the average population.

That’s what’s happening right now with this administration, with this new proposed rule, which the Department of Health and Human Services is considering at the moment because the New York Times got ahold of an internal memo from that government organization saying that this is exactly what they want to do.

Under the Trump administration, discrimination against the LGBTQ community has reached new highs that we haven’t seen since the mid 20th century. And they wanna take us back to that.

And then once they’re done attacking those citizens and curtailing their rights, it’s gonna be curious to see what the next group is that’s gonna be attacked by this administration. Because they never stop at just one group.

They always move onto the next, push the envelope a little further and see how many different people, different groups of people, different types of people, they can discriminate against before citizens finally stand up and say, “Okay, you know what? Now you’re coming after me so now I guess I have to stand up for all these other people who I was perfectly fine letting them get persecuted by the federal government.”

If you’re not outraged now, I don’t know what it’s going to take to get you angry about what this administration is doing to our own citizens here on American soil.