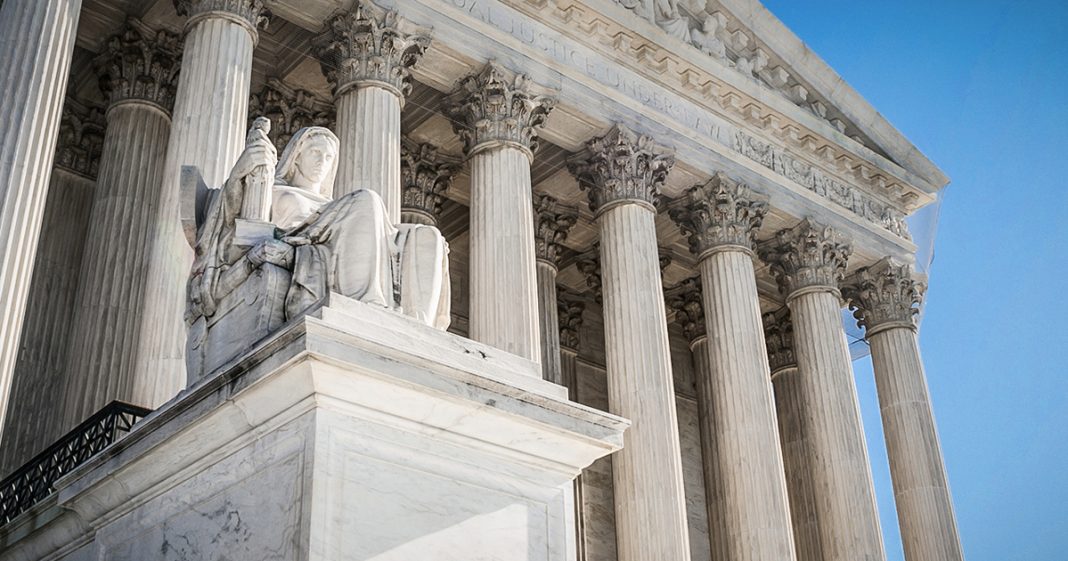 After a major legal victory early last week, the US Supreme Court once again stepped into an issue they shouldn’t have and decided to issue a stay in the major climate change lawsuit being brought by young Americans against the federal government. This decision has put the brakes on the case even after a judge last week ruled that the case would go to trial near the end of this month. Ring of Fire’s Farron Cousins explains what’s happening with this issue.

Last week, in a rare bit of good news, we had a U.S. District Court say that the lawsuit being brought by 21 young American citizens against the Obama and Trump administrations for their refusal to act on climate change … U.S. District judge last week said, “Hell yeah, this case can go forward. It’s going to go to trial roughly at the end of this month.”

The Trump administration, much like the Obama administration before them, has been arguing since day one to try to get this case thrown out. Even though the Supreme Court itself has already ruled that this case could go forward, and every other court that’s looked at this case has said, “Yes, you can move forward with it,” the Supreme Court decided to throw their old decision out the window at the request of the U.S. Justice Department.

Now the case is at a dead standstill. No more discovery. No depositions. Nothing can happen with this law suit while we await word from the U.S. Department of Justice about how they’re going to respond to this case. That’s what’s happening. That’s what the Supreme Court did this past week. They literally took the one bright spot, the one positive thing that happened last week, not just positive in the political world, but positive for the planet, and they put at least a temporary end to it. That’s what’s so infuriating about this story.

If you’re not familiar with the website, it’s something we’ve talked about ad nauseum here. 21 children and young adults brought this lawsuit back in 2015 against the Obama administration for their failure to protect the United States from the threat of climate change and because they continue to spew pollution out into the atmosphere. The atmosphere is a public trust, this lawsuit argues, therefore they have to protect it in order to protect the health of the public.

They can’t stop this case indefinitely. Okay, eventually, this thing is going to go to trial. Unfortunately, it may not be as soon as we needed it to be; and that’s the problem. You let this thing go for six months, you let it go linger in the courts for a year, at the rate at which we’re destroying the environment here in the United States, that’s going to cause a lot of irreparable damage that could have been mitigated had this thing been allowed to immediately go to trial and get a verdict. The U.S. Supreme Court just robbed us of that and, therefore, robbed us of a chance to get a six-month, twelve-month, however many month headstart it would be on protecting future generations from the effects of climate change.