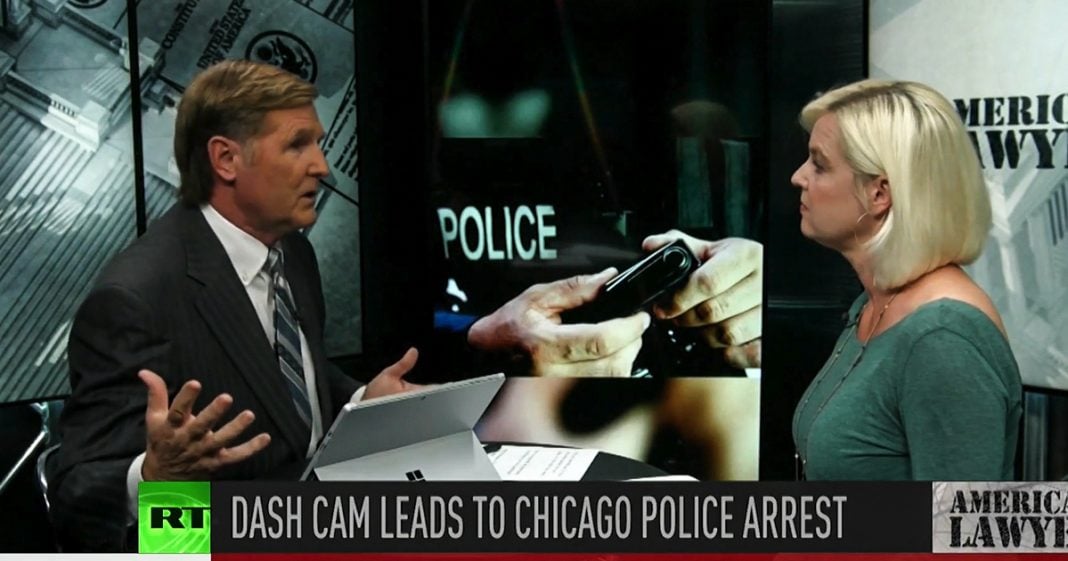 Via America’s Lawyer: Mollye Barrows joins Mike Papantonio to detail how a dash-cam video led to possible changes to the Chicago police department.

Mike Papantonio: For the first time in nearly 50 years a Chicago police officer was convicted of murder in an on-duty shooting. This month, a jury convicted the officer, Jason Van Dyke, for shooting and killing a black teenager in 2014. The officer, Jason Van Dyke, shot the boy 16 times, but he wasn’t even charged with a crime until the dash cam video of the incident was released nearly a year later, after a Freedom of Information Act was requested.

Joining me to talk about this Mollye Barrows, legal journalist for the Trial Lawyer Magazine. Mollye, these are the types of stories you covered as an anchor, news anchor, for a lot of years before you started doing legal reporting. Tell us about this case. It just seems to be a classic kind of case, isn’t it?

Mollye Barrows: It is. And, it is classic. Especially, it did bring up some memories of other cases that I’d covered before. In fact, a cop that’d been caught doing something he shouldn’t done. He ended up destroying his video, back when they used tapes, on a grill. When I read about this case, it certainly didn’t surprise me, and I don’t think it surprised a lot of people in the black community, in the Chicago community as well.

What went down is, in October 2014, 17-year-old Laquan McDonald, there’d been a call that a man armed with a knife was breaking into vehicles. The police were responding. Among them was Jason Van Dyke. He claims that when they arrived there that Laquan McDonald refused to drop the knife, and that he was walking towards him and he feared for his safety, so he shot 16 times.

Mike Papantonio: What was the explanation for shooting this young man 16 times? During the trial, why did he shoot somebody 16 times? What happened? There-

Mollye Barrows: Fear for his life. Why do any of them do it? They always say the same thing, that it was my police training, that I shoot to kill. But, 16 times is excessive. That’s why, once this video was actually released, it led to protest, because you see this officer shooting this kid over, and over, and over. Overkill to a certain extent. What’s so interesting is that he wasn’t even charged until the day that the dash cam video was released. The court ordered it to be released.

Mike Papantonio: Well, Freedom of Information Act is why it was released, right?

Mollye Barrows: Because of that, and it was a year later. Yeah, and it actually led to changes within the Chicago Police Department as well. They now release dash cam video within 60 days of an incident, and they give all patrol officers body cameras and tasers as well. This officer, by the way, had a choice. They’d called for a backup officer who carried a taser, and he chose not to wait.

Mike Papantonio: The typical conversation was, well, this is a kid in high school who sat on the bench on the football team, saw very little action, comes out, he graduates, doesn’t know what to do, goes a couple years to a junior college, maybe one year, and then goes looking for a job on the police department. Most of the time, it’s because he knows somebody that he’s brought in. The real police officer, the people who really deserve to be there, and there’s a lot of them, they don’t like these guys either, because it really causes them such harm. It puts them at risk. You hear story after story about police officer being shot in their cars. They’re sitting there.

What bothers me about this story, in addition, he was charged with first degree murder, and the jury came back with a second degree. How?

Mollye Barrows: I know. All the trials that I’ve covered in similar situations, and actually hearings involving officer involved shootings, they always end up coming back to what this jury decided, which is so interesting. The judge gave them a choice. He said, “You can find him guilty on first degree murder, but there needs to be a mitigating factor, or if you find that the shooting was unjustified, but that Van Dyke acted reasonably, then you can find him guilty of second degree murder.” I’m not even surprised that they found him guilty of second degree murder, because I think the average person doesn’t know what it’s like to walk in an officer’s shoes. When they hear him say, “So much is going on. It’s night time-

Mike Papantonio: I had to shoot him 16 times.

Mollye Barrows: I had to shoot him. I felt like my life was in danger.”

Mike Papantonio: Mollye, thanks. It’s another story that … It’s right down your alley, isn’t it?

Mike Papantonio: These are the kinds of stories you’ve been covering for a long time as a news anchor.