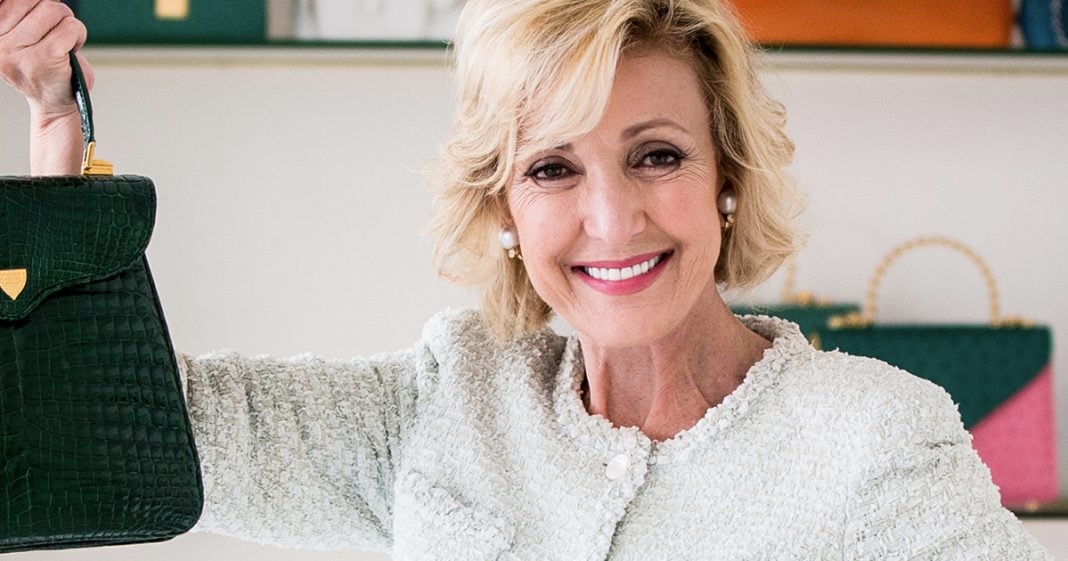 Donald Trump appears likely appoint handbag designer Lana Marks to be the new US ambassador to South Africa, with her only qualification seemingly being that she is a paying member of Trump’s South Florida club Mar-A-Lago. If Marks takes the job, she’ll actually be the FOURTH member of the club to get a cushy gig from the Trump administration. Ring of Fire’s Farron Cousins explains why this continues to happen, and why Trump supporters are delusional when they say that he’s “draining the swamp.”

Well, pretty soon we’re likely to end up with the fourth wealthy member or Mar-a-Lago to be nominated by the president, or actually should I said, chosen by the president to be an ambassador from the United States to another country. According to the Palm Beach Daily News, woman by the name of Lana Marks, who happens to be a paying Mar-a-Lago member, is next in line. The president is actually considering appointing this woman to be the new ambassador to South Africa.

South Africa has not had an ambassador from the United States since 2016, and according to reports, Donald Trump thinks Mrs. Marks is the perfect person to fill that position because she was actually born in South Africa. Aside from that, she literally has no credentials whatsoever that would qualify her for this position. In fact, she actually has quite a few legal problems in the country of South Africa right now, as there is a bitter feud over the estate of her mother, between her and her siblings, and things aren’t looking so good for Miss. Marks.

Nonetheless, this woman whose made a fortune designing designer handbags that go for about six figures a piece, could be the fourth person from Mar-a-Lago to be nominated or appointed, whatever, for an ambassadorship from the US. Now so far, we already have one, that is Robin Bernstein, ambassador to the Dominican Republic. He’s actually one of the people who helped found Mar-a-Lago with Donald Trump. He got rewarded with an ambassadorship. Two others were chosen for ambassadorships, but ended up withdrawing their names and declining the opportunity to do it.

But if Miss. Marks does get this appointment, that would be the fourth from Mar-a-Lago chosen to go and represent the United States in another country. And the only thing any of these people have in common, other than having no experience or credentials to serve in these positions, is that they’re all paying members of Mar-a-Lago.

So for all those Republicans out there who say that Donald Trump is draining the swamp, or that he’s making America great again, please, please, start looking at what’s actually happening in this country. If you don’t have a butt load of money, Donald Trump doesn’t care about you. If he cannot use you or your money to his own advantage, he doesn’t care about you. If you’ve been a good, loyal customer of Donald Trump, even being a member of one of his clubs, he’s going to reward you in the best way he knows possible, which unfortunately also includes helping to destroy the reputation that the United States currently has.

That’s what’s happening with these Mar-a-Lago picks. That’s what’s happening with Donald Trump going down to Mar-a-Lago and asking people that show up there, how he should run the VA. I mean, that is actually an ongoing investigation as to why Donald Trump is asking Mar-a-Lago members how to run the VA, and getting their input on it. We did a story about that a few months ago. But nonetheless, Trump has made it clear, he has no interest in running this government the way that it should be run. And instead, he wants to uses his current position of power to repay some of his friends. And in fact, pay them more so that he can guarantee that they will continue paying him once he lives office.

That is what this entire presidency has been about from day one, and all those Republicans out there still saying that he’s draining the swamp, or that he’s making America great again, you’re living in an alternative reality and you need to wake up and see what’s actually happening with this administration.