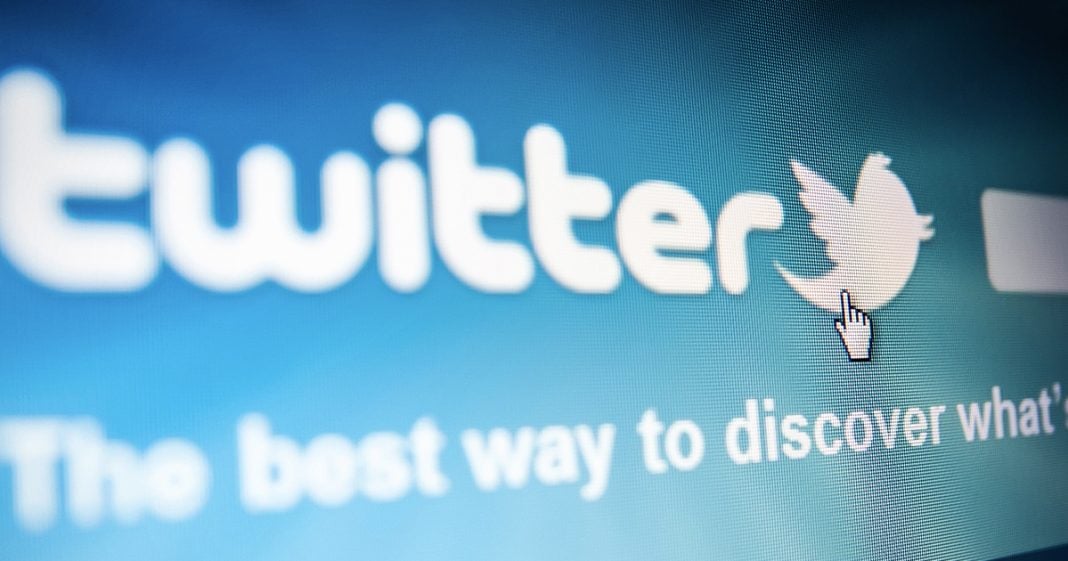 Twitter recently purged more than 1,500 fake accounts that were set up by a pro-Trump group in order to confuse liberals about election day this year. These accounts had been spreading information that included the wrong date for the election hoping to prevent liberals from showing up on the correct day. This is a good move by Twitter, and the company needs to continue to purge fake accounts spreading false information, as Ring of Fire’s Farron Cousins explains.

Last weekend Twitter suspended more than 1,500 fake accounts on their website. Because those accounts were actually spreading incorrect information about when election day actually is this year. They were out there saying that election day was November 7th, which is Wednesday. When in reality it’s November 6th, the Tuesday.

Twitter linked these fake accounts back to a pro-Trump group that they believe started on Reddit. And they came up with the idea, allegedly as a joke, to create these fake twitter accounts and go out there and try to confuse the liberals and tell them that they’re supposed to vote on Wednesday instead of on Tuesday.

Now we have seen this kind of stupid propaganda propping up on social media for years now. Usually it is meant as a joke. You’ll see the thing, don’t forget, Democrats vote on Wednesday. Republicans vote on Tuesday. Or sometimes vise versa. We’ve seen it go the other way as well. But here’s the thing good on Twitter for actually doing something about this and stopping the spread of this nonsensical propaganda.

You know, we have enough problems in this country as it is. Without having to deal with these little proud boys on the internet who think they’re so funny trying to trick liberals and making them try to vote on Wednesday after the polls have closed and the elections over.

Here’s the thing Republicans, Democrats aren’t as stupid as you are. I mean, not all of them are the brightest out there but as a whole really not as dumb as Republicans. So your little trick probably wasn’t gonna work to begin with.

But this is what social media outlets need to be working on, you know, they need to stop banning these groups out there trying to showcase police brutality which is happening at an alarming rate on Facebook. And they need to focus more on the propaganda that’s coming out because most of it is coming from right here in the United States. It’s misinformation and it’s damaging information that actually does threaten the vitality of our election process.

So, again, kudos to Twitter for taking the correct step here. You’ve got a lot more work to do though. There’s a lot of fake accounts spreading fake information trying to disrupt the political discourse in this country. And I’m not talking about other countries coming in and doing this creating fake accounts. I’m talking about the ones right here in the United States on both sides of the aisle. We see this happening too much. It’s poisoning the political discourse. It’s creating havoc in an area where there shouldn’t be havoc. Misinformation. The real fake news out there. Not the stuff the president talks about but the actual fake news being spread by these little idiots online. That needs to be put to rest. And these social media outlets are the only ones who can do that. But in order to do it, they actually have to put forth a little bit of effort to help clean up the platforms that they created. That they’ve also allowed to grow completely out of control.