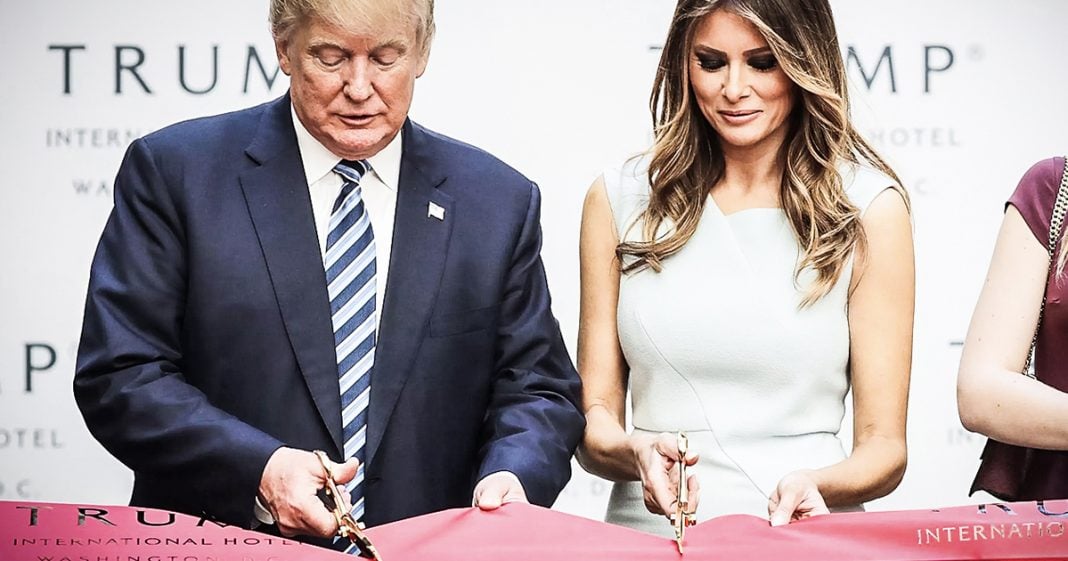 According to new documents and photographs, it is almost certain that Donald Trump interfered with the FBI’s decision on whether or not to move their headquarters to a more appropriate location. The reason Trump didn’t want the group to move from their current spot is because it is only about a block away from his DC hotel, and the vacated property from a move could have easily been sold to one of his business’s competitors. Ring of Fire’s Farron Cousins explains why this is just one more reason this man has to be removed from the Oval Office.

Was not involved. Lying to Congress is against the law, by the way. We have now this week have gotten documents and even photographs of the actual meetings that show that yes Donald Trump not only was involved, but he is the one who made the decision. Okay. You might be thinking well then, Emily Murphy lied. She’s a bad person and Trump made the decision but he can do that because he’s president. Right? Not so fast. These are actually decisions that are not made by the President of the United States and the reason he made the decision to not move the FBI was because it would cost him personally a lot of money. See, the FBI right now is actually headquartered, as I mentioned, downtown DC about a block away from the Donald Trump Hotel.

If they were to move that to somewhere else, not only would he lose potential business of people who have to come in and do business with the FBI, but then that little slice of property right there, that really prime spot of property, could be bought up by one of his competitors, which is something Donald Trump mentioned. Then, his hotel would lose a ton of business because there’d be an equally nice hotel right across the street that they could go to instead. Donald Trump made the decision to not move the FBI headquarters because it was going to cost him money personally. He did it for his business that he is not even supposed to be involved in. We had the White House Sarah Huckabee Sanders again any time there’s a lie you got to go back and you’ll find her fingerprints on it.

She said that no, no, no, the reason the decision was made is because it would be too expensive to move the headquarters somewhere else. What we’re going to do is just rebuild it on the same spot, except for the fact, and Huckabee Sanders didn’t mention this, that the Government Accounting Office actually said that well, it’s more expensive to rebuild here than it would be to just move and build something somewhere else. We’re losing money. Taxpayers are losing money. We’re the ones who pay for this stuff. We lose the money so that Donald Trump’s personal bank account doesn’t have to. This story from start to finish is just another example, just another story to add to the growing list of reasons why Donald Trump should be removed from the White House.