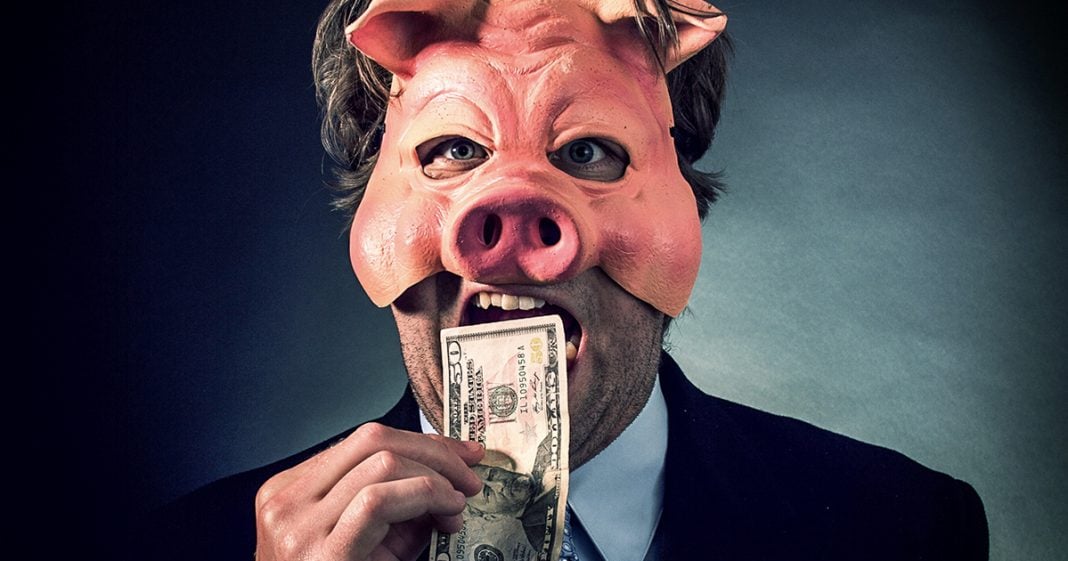 It’s a great time to be super rich because according to the latest round of data, the top 1% in the United States are officially making more money than they ever have at any other point in the history of this country. The other 99%? Not so great for them, as their wages have barely moved in decades. This is how the system is designed, and it won’t change until we get the wealthy elite out of our political process – both in terms of buying politicians and becoming politicians themselves. Ring of Fire’s Farron Cousins discusses this.

So that’s great, and so when you see these Republicans out there telling us how great the economy is, and how much wages have gone up, keep in mind, they’re only talking about for the top one percent. Because the same set of data that’s just been released, and you can actually find a link to it in the description of this video in case you’re curious, the same set of data shows that average income for the rest of the country, the 99%, it’s pretty much stayed stagnate now for decades. Not just over the last year or so. For decades.

And that’s on average because we actually know that for the last 12 month period, real wages for American workers have actually gone down a little, while inflation has increased, reducing our overall buying power by about three percent. Coincidentally, that’s even less than the margin by which the top one percent’s income increased over the last 12 months. So the income gap is now growing at an even faster rate. The rich are making more money, we’re making less money, and the gap gets bigger every year.

We have one political party that is actively been working since they regained power, to give that same top one percent that’s doing better than ever, to give them more money. Big banks right now, thanks in part to the Republican deregulation over the last year and a half, they’re more profitable than ever, right now. And if all of this sounds familiar, it’s because it is. These are exactly the same scenarios, the same datasets, that we saw come out shortly before the economic crash that started in 2007.

We’re headed in the same direction because, apparently, our elected officials were too stupid to learn any of the lessons that they should have learned 11 years ago. So the cycle’s going to complete itself, it’s going to continue until we get politicians who are smart enough to understand that maybe some of that money from the wealthy elite, from the top one percent, from corporations and big banks, maybe all that money for my campaign isn’t worth putting our country through another economic disaster. But I’m not going to hold my breath waiting for a group of politicians to come out and say that.