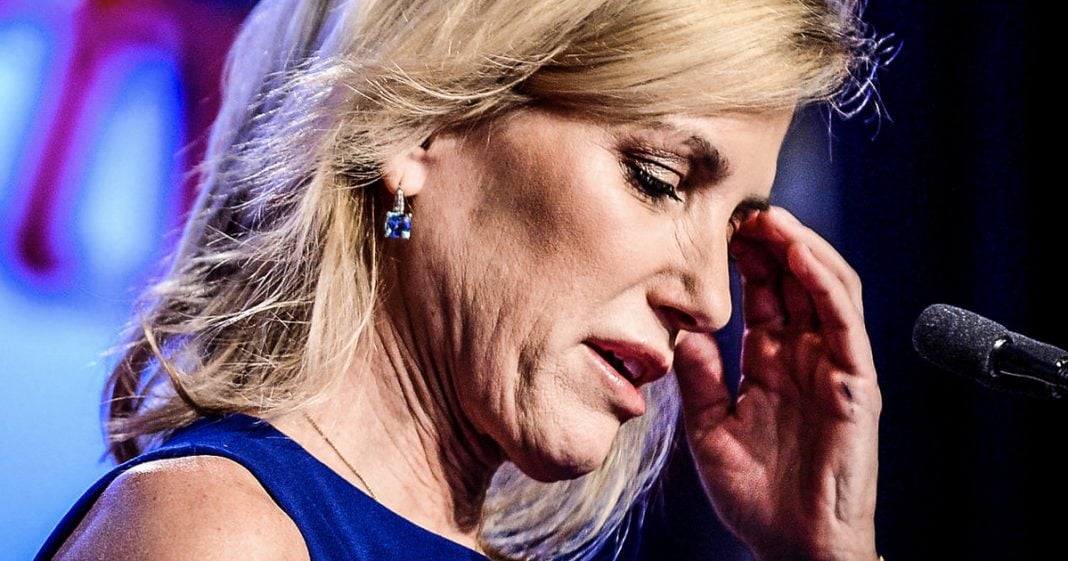 Fox News host Laura Ingraham began hemorrhaging advertisers following her remarks earlier this year about Parkland survivor David Hogg, and 8 months later those advertisers have still not returned. Politico reports that her show is now having to take the “bottom of the barrel” advertisers even though she is one of the top 4 rated cable hosts in the country. Ring of Fire’s Farron Cousins explains why these advertisers are likely gone for good, in spite of what Fox News’ ad executives are saying.

Fox News host Laura Ingraham is still having trouble getting advertisers to come to get program almost 10 months after she attacked David Hogg, the Parkland shooting survivor. Now, in case you’re not familiar, at the time, Laura Ingraham made fun of David Hogg. And then later on, a couple weeks, maybe a couple of months later, she went on and made comments about the children in cages on the southern border and said it was basically a summer camp.

Well, both of those things, mainly the attacking the Parkland survivors, caused a massive advertiser boycott for Laura Ingraham and she lost a ton of advertisers. She went from about 229 different brands advertising on her program to 71. The network itself lost about 30% of their revenue from that program according to a new report in Politico. And the advertisers aren’t coming back, which is actually what’s quite remarkable about this. Because even Fox News’ ad executives have kind of been scratching their heads in recent weeks wondering why the advertisers aren’t coming back.

One woman, her name is Marianne Gambelli, she’s the head of ad sales for Fox News, said that usually they’d go quiet and come back, but that hasn’t happened right now. And the real kicker is that Laura Ingraham pulls in an average of about 2.7 million viewers a night. She is the fourth most watched cable news talk show host in the United States, behind Hannity, Tucker, Maddow, and then it’s Ingraham.

And she’s only got about 80 advertisers right now. According to the report, these are what they call the bottom-of-the-barrel bottom feeders who are willing to advertise on her show. Because they understand it’s toxic, but by God, they don’t care where their ads show up, they just need the exposure. So you’re getting all these crappy companies with crappy morals advertising on this crappy show that for some reason, a couple million people every night decide to tune in to.

So at this point, if money is what matters to this network, they’re going to be faced with a really tough decision pretty soon. Yeah, Laura Ingraham’s hugely popular, but she’s also hugely toxic. And if you’re starting to lose money on her program, might be time to cut her loose and replace her with somebody who may not be as offensive and disgusting for advertisers to want to come back to your network. Until then, good luck pushing these pillars of hatred on the United States. Because the next time they come out there and they have some vile, horrible comment to make about somebody who’s gone through one of the worst experiences anyone could imagine, we’ll be right back there with another advertiser boycott to cost you viewers, and your network even more money.