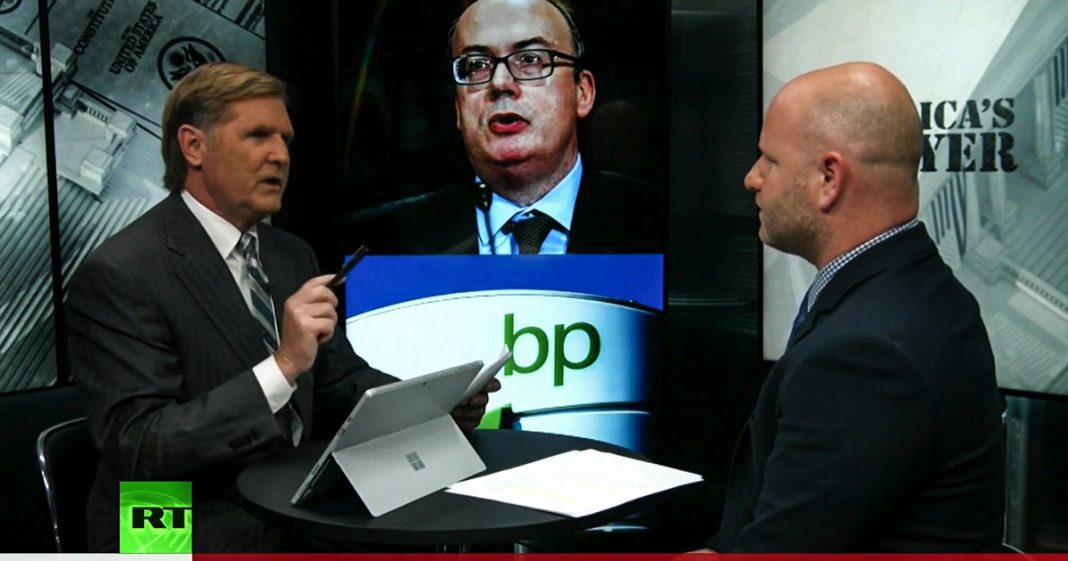 Via America’s Lawyer: The corporate lawyer who defended oil giant BP for the Deep Water Horizon disaster has now been approved by the Senate to serve as the top environmental lawyer for the Department of Justice. Mike Papantonio and Farron Cousins discuss.

Mike Papantonio: The corporate lawyer who defended oil giant BP for the Deepwater Horizon disaster has now been approved by the Senate to serve as the top environmental lawyer for the Department of Justice. We know a lot about this guy, don’t we?

Mike Papantonio: Our law firm handled the BP disaster along the coast. We used to talk about this guy. We would actually talk about how his maneuvers were always right on the edge of, what I used to call, illegal. There was nothing that this man was not capable of doing where it came to defending his BP client who, oh, by the way, knew that what they were doing was absolutely against the law in the way that they were running the Deepwater Horizon. They knew they violated the law year after year and got away with it. Nobody said anything. This guy thought, “Well, these are the people that I want to be a lawyer for.” Thousands, tens of thousands of people along the Gulf Coast lost everything. This guy says, “Yeah, I want to be the BP lawyer.” What’s your take on him?

Farron Cousins: Now he’s in change of the very department the actually went after BP on the federal side for the fines and all of that. Now we’re supposed to trust him, the guy who went out there and knew BP had engaged in all of this horrible activity, along with Transocean and the other groups here. Now he’s the one who gets to call the shots on that. We’ve already seen enforcement fall by, I think, 94% at the DOJ.

Farron Cousins: It’s gonna fall by 99% on these environment cases.

Mike Papantonio: Say that again. Maybe people missed that. They quantify enforcement actions by the DOJ regularly, and they find that there’s been a 93-94% decline in enforcement actions by the Department of Justice already. Now put this guy in here, it’s gonna be 100%. If you want to understand a little bit about this man, go back and look at the history of this law firm. The law firm is called Kirkland & Ellis. Kirkland with a K, Kirkland & Ellis. Go look at who these people represent and you’ll have a really good understanding about what’s getting ready to happen to the American consumer. And oh, by the way, it’s interesting. We just talked about the Federalist Society appointing all these judges, this guy is in the hub. This guy is the very hub of what goes on with the Federalist Society. He’s always giving speeches and he’s talking about how dysfunctional the EPA is and how the EPA is always overreaching and they don’t even have Constitutional authority. You got about 10 seconds.

Farron Cousins: Now they might not anymore, because we’ve let them pack all the judges from all the courts, so of course they’re probably gonna rule with whatever this guy says when he goes after these agencies for trying to do their job.