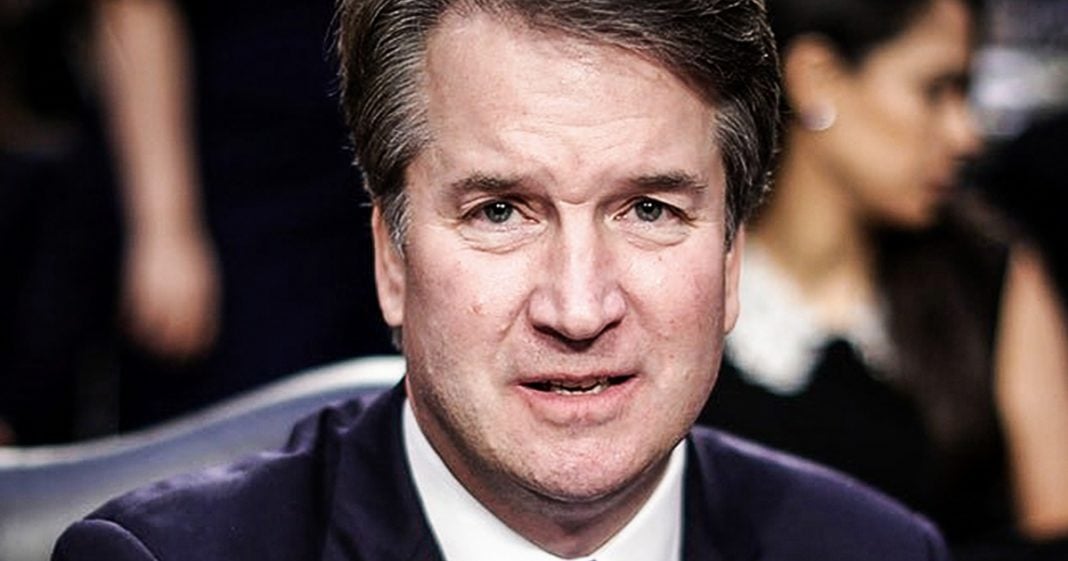 Brett Kavanaugh was not an outlier – he’s the exact type of person that Republicans look for when they are trying to find someone to sit on a judicial bench for the rest of their lives. And even though the other courts in the country may not be as high-profile as the US Supreme Court, they carry just as much weight in most instances. That’s why we have to pay attention to the dozens of judges that have been rammed through confirmations this year without hearings – people that share the same beliefs as Brett Kavanaugh. Ring of Fire’s Farron Cousins discusses this.

Now that Brett Kavanaugh’s name has disappeared from the headlines, at least for the moment, Democrats have stopped caring about the entire court system here, in the United States.

I say that because, just last week, we had Democrats in the Senate cut yet another deal with Mitch McConnell to send 15 more Trump-picked judges to the benches throughout the country for a lifetime. A couple weeks before that, they sent another 11 on a fast track because of a deal they made with Mitch McConnell.

Both instances were due to the fact that Democrats just wanted to get home for the weekend so they could go campaign if they were running for reelection. The rest of them, I guess, just wanted a little bit more time of. So, they fast tracked these horrible corporate judges, and now they all have lifetime appointments to benches throughout this country.

Here’s the thing: They’re all Brett Kavanaughs. Maybe they don’t have the allegations against them that Kavanaugh had of sexual assault, but in terms of their beliefs of what they will do to the judiciary, all of these people are Brett Kavanaugh. Every single one of them.

Here’s a good one that Esquire recently just did a little piece on. Her name is Allison Jones Rushing. Ms. Rushing was a part of a group, it’s an anti-LGBTQ group, called the Alliance Defending Freedom. If you’re not familiar with them, go take a look at the Southern Poverty Law Center’s profile of them, because they have been listed as a hate group because of their animosity and bigotry towards the LGBTQ community.

This woman was right there with them, and she’s gonna be on the bench for a lifetime. Oh, and here’s the kicker: She’s 36 years old. This woman could be on a federal bench for, what, 40 years? 50, maybe, depending on her lifestyle. 50 possible years for one person, and the Democrats already fast tracked 26 on top of the more than 25 that Trump had already put forward earlier this year that made it through.

So, we’re over 50 for the year, not including Brett Kavanaugh. More than 50 Brett Kavanaughs serving lifetime appointments in federal courts, district courts, appellate courts, everywhere. They may not be as high profile as the US Supreme Court. They may not be as powerful most of the time, but at the end of the day, that’s where most of the laws in this country are finalized.

That’s where most of the court decisions are finalized, at that appellate level, the federal court level. Most cases don’t go to the Supreme Court; most cases are gonna end with people like Allison Jones Rushing or any of the other people that have been put on federal benches for the next 30, 40, possibly 50 or more years.

Where’s the Democratic outrage on this? That’s what’s making me so angry here. Our entire judiciary, not just the Supreme Court, has been remade under Donald Trump, who is appointing and getting judges approved at a rate faster than any other president really has.

I know we’ve set a lot, “Trump hasn’t accomplished anything,” but that sure as hell is something he did accomplish, and it’s not anything that any of us should be happy about. He has remade the entire court system here, in the United States, and he still has 100 plus more seats to fill.

You’d better believe that every one of those seats out there, even though they’re not on the Supreme Court, Republicans take them just as seriously because, for some reason, they happen to be the only party that understands how important the court system is, and it’s being remade in a way that’s going to screw over American consumers. It’s gonna screw the environment and it’s gonna screw over average mom-and-pop investors, for the next few generations, at this point, because the Democrats wanted to go home for a weekend.