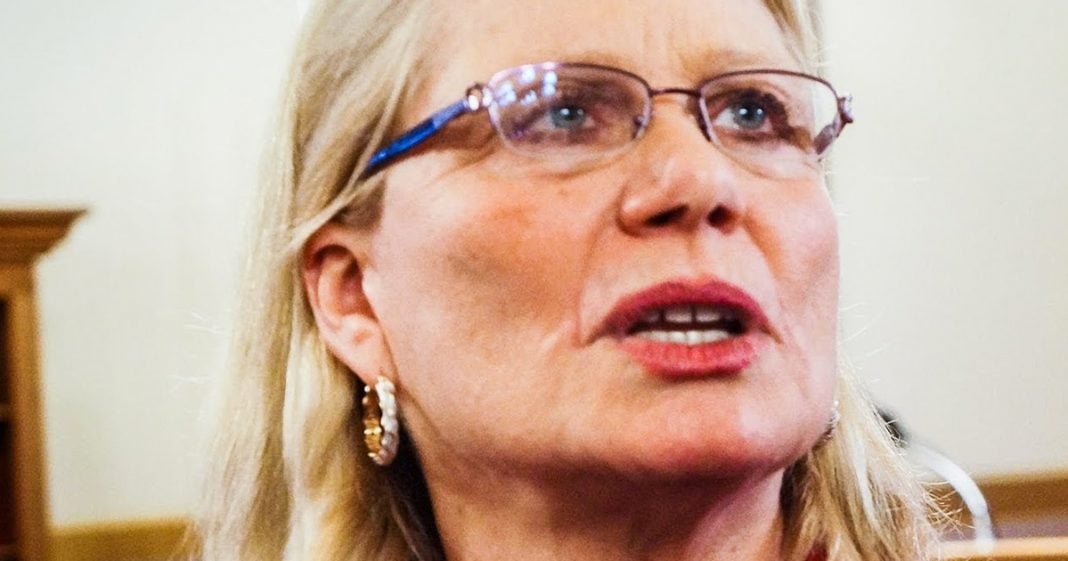 A new lawsuit claims that Republicans in the state of Michigan intentionally redrew the state’s districts in order to benefit Republican politicians. The evidence they’ve provided includes emails showing that Republican politicians and their donors were talking about the best way to redraw districts in order to keep their Republican majorities. This is damning evidence that likely won’t be able to be overcome by the defendants, but never say never. Ring of Fire’s Farron Cousins discusses this.

According to a lawsuit that was filed late last Friday evening, Republicans in the state of Michigan intentionally gerrymandered the state’s district so that they could hold on to Republican majorities. Now, here’s the thing about this lawsuit. We know that Republicans in states Ohio, Pennsylvania, Michigan, now, we know why Republicans gerrymander and, honestly, in some cases, Democrats do it as well. It’s to maintain their majority in Congress in that particular state, to make it to where the districts are so weirdly drawn and maneuvered that they can’t lose. That’s why gerrymandering is even a thing.

But here’s the thing about this Michigan lawsuit. We’ve always known that’s why they do it, but these idiot Republicans in the state of Michigan were dumb enough to say these things in emails with one another, and those emails were actually filed as evidence with this lawsuit against the Secretary of State Ruth Johnson in the state of Michigan. Those emails were filed. And here is what some of the emails said. You can get the full list. There’s a link in the description of this video, but I just want to read a couple quotes from these emails that have been filed in this lawsuit.

“Can we still have the map makers draw a favorable Republican district with the points all together?” “I had to walk him back from a cliff, to be honest. He just hated it. He just doesn’t want to lose a Republican county like Grand Traverse.” “We will accommodate whatever Dave wants in his district. We’ve spent a lot of time providing options to ensure we have a solid nine, five delegation in 2012 and beyond.” Those are three different little clips from three different emails sent among Republican officials and, of course, major Republican donors in the state of Michigan.

Now, this lawsuit against Michigan’s Secretary of State Ruth Johnson is absolutely going to be a slam dunk. You can’t overcome evidence like that. I mean, that’s how most of the major pharmaceutical litigation in this country, that’s how you pop them for it for $500 million, because they were dumb enough to say something in an email or an internal memo that said, “Wow, this particular drug sure does kill a lot of people, but, oh, well, let’s put it out there anyway.” That’s essentially what we’re looking at here in terms of evidence.

These Republicans admitted they were doing this to keep their donors happy, to keep the Republican politicians happy, and to make sure that they didn’t lose their Republican majorities in the State House and in their House seats in Congress. These Republicans in the state of Michigan are absolutely going down, and hopefully, this lawsuit creates a roadmap for other states that have been gerrymandered to hell and back by Republicans. Hopefully it gives them a roadmap to hold their elected officials accountable so that maybe Republicans won’t be able to cheat to win after this year.