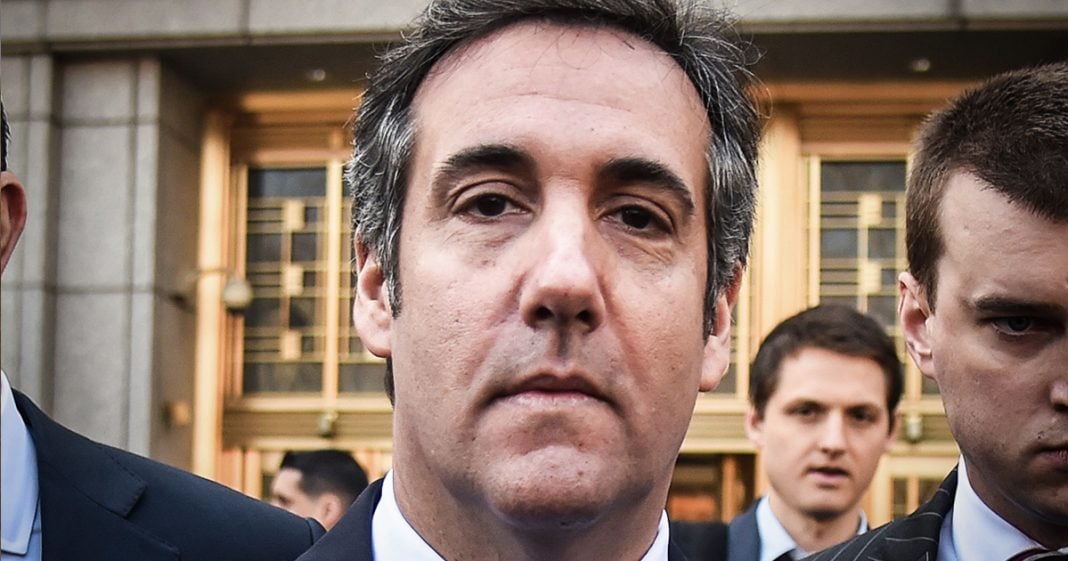 If Michael Cohen hasn’t actually flipped on Donald Trump then he’s doing a very good job of misdirecting the media. Cohen was spotted earlier this week alongside officials from the New York Attorney General’s office, leading many to believe that he’s been working with them on their probe of the Trump Organization. If true, this could be a huge step forward for justice against the Trump family, as Ring of Fire’s Farron Cousins explains.

Now, as it stands right now, Michael Cohen does not have any kind of formal plea deal worked out with prosecutors, at least none that have been made public. However, on Wednesday of this week, Michael Cohen was spotted, leaving his attorney’s office, along with several prosecutors from the New York Attorney General’s office.

Now, Cohen himself is being prosecuted by the U.S. Attorney’s office, not the Attorney General’s office. So there is a bit of a distinction there. He wasn’t there talking about his case. He’s talking to the same people who currently happen to be investigating the Trump organization and the Trump Foundation for potential charity fraud, which is a criminal offense. That investigation includes Donald, Don Jr, Eric and Ivanka.

What’s also a very big deal, is the fact that Michael Cohen has now sat for hours of testimony with Robert Mueller, the special prosecutor. So, if Michael Cohen isn’t working against Donald Trump at this point, he is certainly trying to misdirect the media and make them think that he is working against Donald Trump, because you don’t sit there for hours on end, talking to all of the different prosecutors who are working against the guy that you worked for, for years, without giving them vital information to help with their investigations.

I think Michael Cohen has flipped. I mean, based on all of the available evidence, you’d be hard pressed to say that he hasn’t, but then again, it’s a sneaky guy. Maybe not exactly the most trustworthy guy out there, and he could be playing us all for fools.