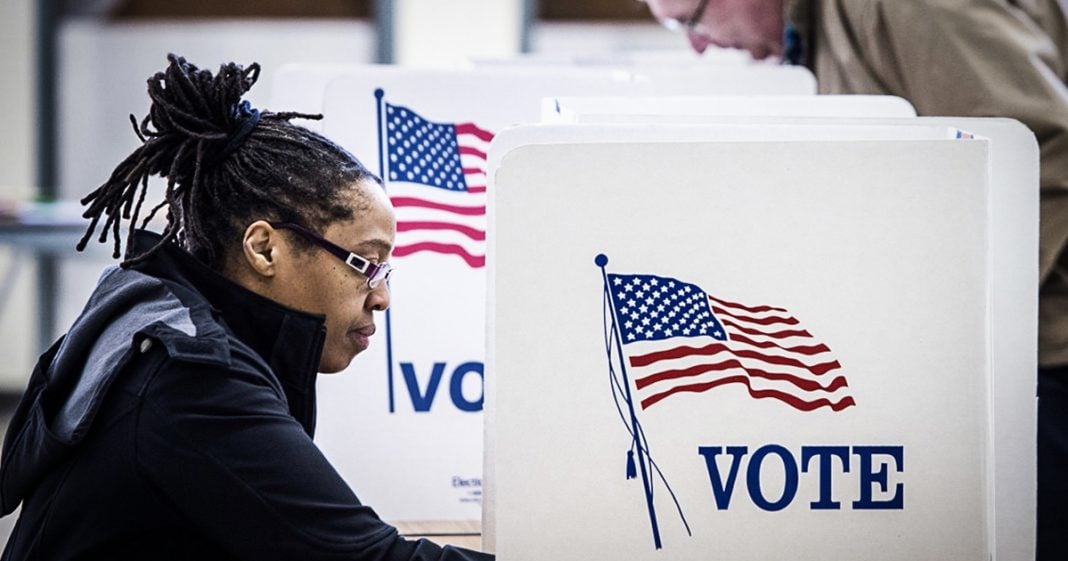 Dozens of African American senior citizens were recently kicked off a bus that was taking them to go vote in the midterms in Georgia. The county claimed that the senior center where these citizens were picked up was engaging in a “political activity” and that it was strictly forbidden, but the bus ride was actually organized by an outside group and there was really no legal reason to remove these citizens from exercising their civic duty. Ring of Fire’s Farron Cousins explains the motives behind the county’s decision to put an end to this get out the vote effort.

Earlier this week, roughly 40 African-American senior citizens in the state of Georgia were literally kicked off of a bus that they had boarded that was going to take them to the polls so that they could all participate in early voting. Now, the bus went to a senior center that was actually run by the county where these senior citizens were. The whole thing was put together by a group called Black Voters Matter, as well as members of the Democratic party of that county in Georgia, and all they were doing was taking these 40 African-American senior citizens to go and early vote.

They didn’t tell them how to vote. They didn’t tell them who to vote for, which party, none of that. This actually was a nonpartisan event, even though it was put on by people who obviously have a political preference. None of that came into play. This was just a strict “get out the vote” effort regardless of who they’re voting for. When those senior citizens loaded up on that bus, the senior center got a call from county officials, and county officials then said, “You’re engaging in political activity and because this is a county-run senior center, you can’t do that. It’s illegal.”

Well, that’s not true. The senior center did not pay for that bus. This was outside groups who sent it there to get people to go vote. What’s really at play here, which is in play all over the state of Georgia, is voter suppression, voter intimidation. They did not want these people to vote because they knew exactly who they were gonna go vote for. It wasn’t gonna be the white guy who’s in Georgia right now purging all the voters, suppressing them to the tune of tens of thousands of eligible voters who are now somehow ineligible to vote in that state.

This is suppression at its finest. We had outside groups coming in saying, “Hey, we’re gonna take your people to go vote. They can’t drive, they may not have other transportation, they may not be able to get there on election day. We wanna make sure that they have the opportunity to go and cast the early ballot, get it out of the way, and be done with it.” The county said no, and it is 100% because of the color of the people on that bus. The state of Georgia today in 2018 clearly misses the state of Georgia from 1950, because that is exactly what they’re trying to take the state back to, and if they have their way and they’re successful with that, it’s just a matter of time before they take it back another 100 years and put them back in Georgia in the 1850s.