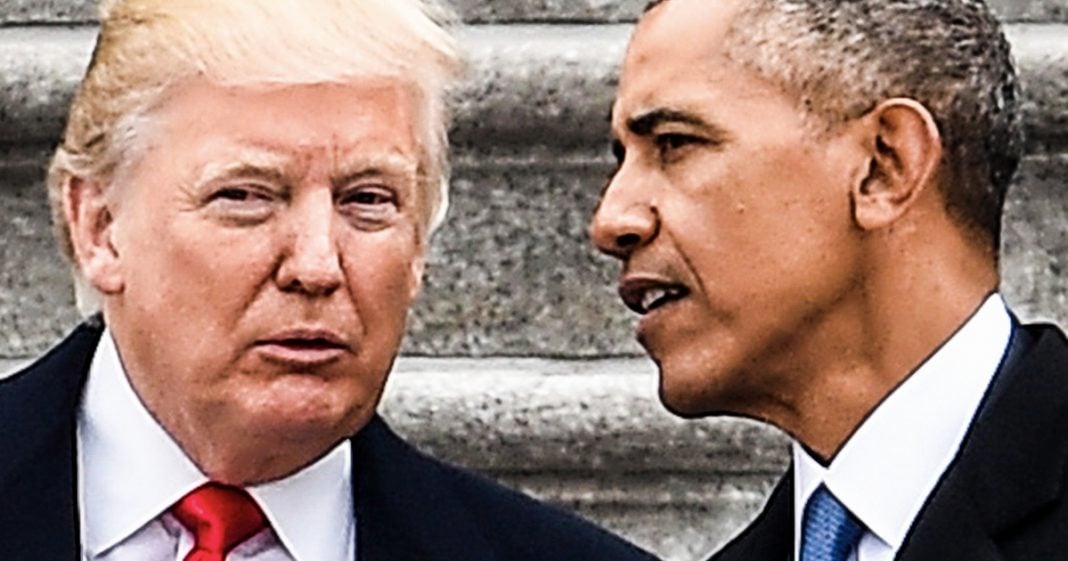 A US District Judge this week said that a climate change lawsuit brought by children against the former Obama administration and the current Trump administration has presented enough evidence to warrant a jury trial. This is a major step forward in the fight for climate protections, and this lawsuit could force the federal government to start taking the problem seriously. Ring of Fire’s Farron Cousins discusses this.

In a bit of good news this week, a US district judge has ruled that a lawsuit brought by 21 children and young adults here in the United States against both the Obama and the Trump administrations is going to be allowed to go to trial towards the end of this month. Now, this lawsuit specifically, this is the one that was brought by the group, Our Children’s Trust, on behalf of the 21 children and young adults, it was actually filed back in 2015. This very week, a US district judge, after years of challenges and both administrations attempting to get these lawsuits dismissed, this week the last judge, the last hurdle to crawl over, finally said, “Yes, you have presented enough evidence to show that the administrations, the federal government under both the Democrat and the Republican, were required to do something about climate change and failed to do it. You have done your job and presented enough evidence so that we can confidently take this to a jury trial and let them decide what action should or should not be taken.”

Now, the reason this is such a big deal is because over the last few months, we have seen a lot of climate change lawsuits being thrown out of courts. All of those were ones that were brought by cities, or states, or municipalities against oil companies saying that they’re responsible for the sea level rise and the other climate catastrophes that those areas were facing as a result of climate change and the emissions from those companies.

This one, the one brought by Our Children’s Trust, the oldest one out there, is different. It’s different in a good way, in a way that actually might make it succeed, because what they’re arguing is that the federal government has an obligation, they have a duty to protect people, citizens, coastlines, from the effects of climate change, and they have failed. Both the Obama administration and the Trump administration have failed to do so, thereby basically creating a dereliction of duty here. The judge said, “Yes, you’ve made your point. You’ve presented enough evidence to show that you can make this argument. You’re going to take it to trial now.”

Now, it’s important to point out that these lawsuits are no specifically against Barack Obama himself or Donald Trump himself. These lawsuits, though they list both people, are against the federal government itself. It’s just that when they were filed, Obama was in charge, and now Trump is in charge. Those two individuals have nothing to worry about from this particular lawsuit. They do, however, have to worry about their legacy because at one point, back in 2016 when Obama was still in charge and a lot of people still think he was great on the environment, but if you look at the record, really not, his DOJ actually argued in their attempt to get this case thrown out in 2016 that you don’t have a right to breathe not polluted air. That’s what they argued. They argued that in front of a judge saying, “You don’t have a right to a pollution-free environment.” That is the direct quote that they said to a judge, and that came from the Obama administration.

Now, obviously, what we have seen from the Trump administration has been a hell of a lot worse than that. But let’s not give people a free pass when they don’t deserve one. This lawsuit is absolutely necessary because, if anything, the last few years have shown us that the fossil fuel companies are always going to win no matter what party happens to be controlling the White House. The only chance we have to get any kind of meaningful action on climate change at this point is going to be coming from the judiciary.