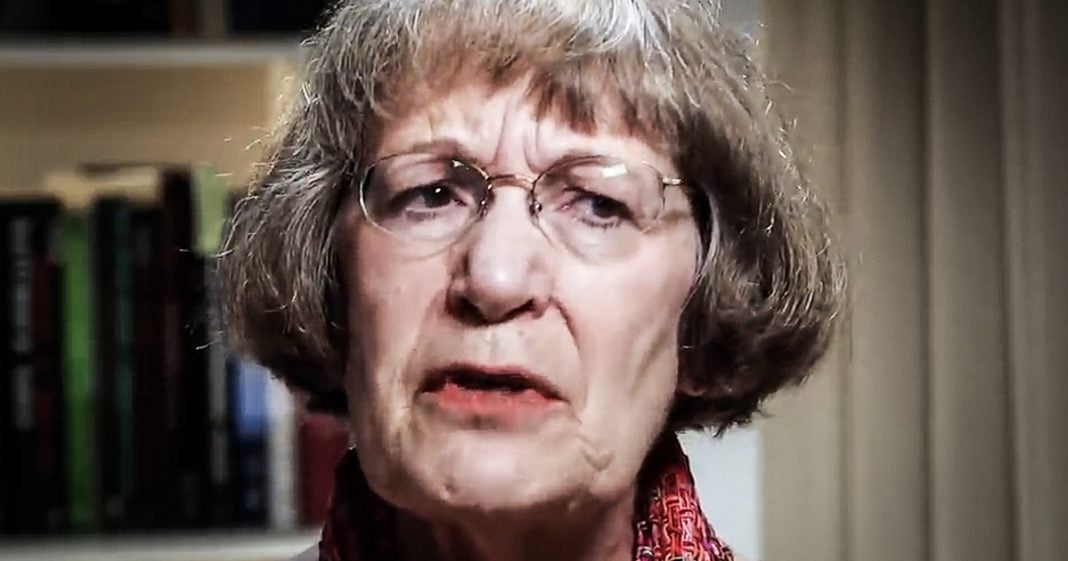 Dr. Ruth Etzel, the head of the EPA’s Office of Children’s Health Protection is concerned about the health and safety of children in the United States, and her concern for their well-being is likely what got her placed on indefinite administrative leave three weeks ago. Dr. Etzel now believes that children have become disposable under this administration, and their future is more uncertain than ever due to the lack of concern from this administration. Ring of Fire’s Farron Cousins discusses this.

Several weeks ago, we reported on Dr. Ruth Etzel who was in charge of the Office of Children’s Health Protections at the EPA. She was put on administrative leave suddenly and really without any kind of reason whatsoever. Well, this past weekend, Dr. Ruth Etzel sat down with CBS News and told them that it’s become apparent to her that the Trump administration believes that children are disposable, that children do not matter. This is not a vindictive thing that Dr. Ruth Etzel is out there saying. It’s not because oh, she may lose her job and now she’s mad. She’s saying it based on what happened before they put her on administrative leave.

You see, Dr. Ruth Etzel is a pediatrician and an epidemiologist and has been for over three decades. She served on the World Health Organization before coming to the EPA in 2015 or 2016. I believe it was 2015. She knows what she’s talking about. She’s been doing this for decades, and she’s been doing it on a national stage for a very long time. She has seen this administration routinely dismiss science, telling them that certain pesticides should be banned because they’ll destroy the brains of developing fetuses. That pesticide, by the way, was chlorpyrifos, and the administration, the EPA, at the time under Scott Pruitt said, “We don’t care. We’re gonna let people use it anyway.” A judge had to come back later and say, “Yeah, you can’t do that,” but not before this thing was already being used again.

The administration ignored Dr. Etzel and her department’s recommendations that they do something to prevent exposure to lead contamination to children in the United States. They refused to do so. Dr. Etzel says that once this new administration came in, they actually sent out a memo saying, “We’re not gonna do anything to prevent children from being exposed to dangerous levels of lead,” which has lifelong consequences. It destroys neurological functions. It destroys inhibitions, makes people a little bit harder to control their emotions and their anger, causing them to lash out. They don’t care about that, and that’s what Dr. Ruth Etzel is telling us right now. She’s not giving her opinion. She’s stating this based on what we’ve seen so far from this administration. They have no regard for the lives of children. They have no regard for the lives of anyone in this country, young or old, with the regulations that they’re repealing at an alarming rate.

Things are getting worse for the environment and for public health under this administration. The Obama administration was far from perfect on these issues, but at least, at least, they tried to do some things to cut down on the contamination that was going into the bodies of the most vulnerable people in this country, and those are children. Due to their body size, children take in more water, they breathe more air, and they consume more food proportionately than adults do. Any time there is a toxin in the water, that is going to affect the bodies of children more than it’s going to affect the bodies of an adult. Same thing with the food; same thing with the air pollution.