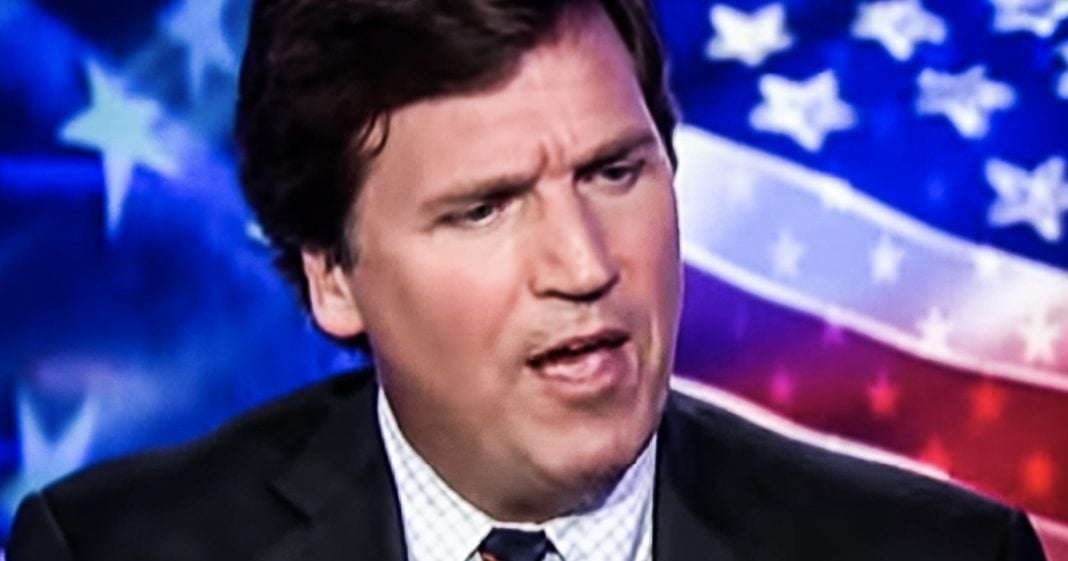 During a National Review podcast recently, Fox News host Tucker Carlson said that he can’t even go out to eat at restaurants anymore because people are so mean to him. This is just another case of Republicans playing the victim, even though they are the ones who spew their vile hatred to millions of people on a daily basis. Ring of Fire’s Farron Cousins explains why we shouldn’t be shedding any tears of sadness for Tucker’s woes.

What Tucker Carlson is doing right now is the same thing many other Republicans in both the media and the administration and even in Congress are doing today, which is trying to play the victim when, in fact, they’re the ones who have been pushing these god-awful policies and god-awful talking points for decades now. Tucker Carlson is a horrible human being. He has made it very clear over the last few months that he is 100% a white supremacist with the views espoused on his TV show. And yet he’s made that people are mean to him about it? If you’re gonna go out there and make it your job to say horrible things that you know are not true, but you’re just doing it so you can get a reaction out of people, then you can’t be mad when you finally see the reaction that it draws, Tucker. That comes with the role that you’re playing there.

Look, I have no sympathy for Tucker Carlson. Okay, so the poor guy can’t go out to eat in a restaurant in DC. First of all, I don’t believe that. But second of all, and this is something I didn’t know until I actually saw my friend Cliff Schecter post this on Twitter, so I had to look it up. Tucker Carlson is actually the heir to the Swanson TV dinner fortune. When Tucker was little, his mom had left the family to go live a Bohemian lifestyle when he was like six years old, I think. So his dad remarried the woman who was the heiress of the Swanson TV dinner fortune and company. And so Tucker is now a part of that. So if Tucker can’t go out to eat, can’t he just pop one of those Swanson frozen dinners in the microwave, pop it in the oven, whatever?

I think the guy’s gonna be okay. He is a multi-multi-millionaire with billions possibly waiting in the wings for when his parents aren’t around any more. So yeah, the guy’s gonna be just fine. He’s gonna get fed. But more importantly, he’s gonna continue saying horrible things on his TV show and then get bent out of shape when an angry viewer has the audacity to tell him to his face what a disgusting human being he truly is. And that is what the right wing wants. They want to go out there, say all these awful things, enact all these horrible policies, and not have to live with any of the consequences, ’cause that’s what they’ve been doing for decades.

Well, guess what? The time for that is up. People are pissed off, and if you enact policies that only benefit the top 1%, or that go out there and actively injure other people in this country, we’re gonna make sure you hear about it, and we don’t care if it ruins your appetite.