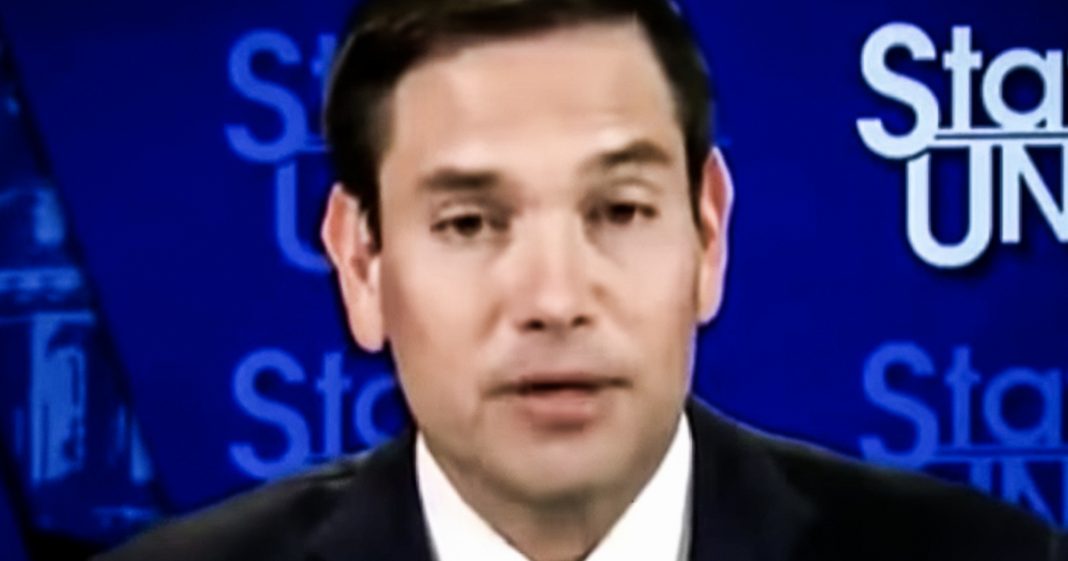 During a recent appearance on CNN, Republican Senator Marco Rubio said that the planet is obviously warming but we can’t “destroy the economy” to save the planet. Clearly, Rubio doesn’t understand how the economy works, because every available piece of evidence shows that protecting the planet from destruction is a net gain for the economy (and the environment), but Rubio instead clings to those bogus Republican talking points about liberals wanting to wreck the economy to save the planet. Ring of Fire’s Farron Cousins discusses this.

Nobody’s ever accused Marco Rubio of being a smart guy, and he proved again this past weekend on CNN that he really doesn’t understand how, well, anything is actually supposed to work. During an interview on CNN, Marco Rubio was talking about climate change, you know, the issue where just a few years ago he got mad during an interview and said, “Look, I’m not a scientist, man.” Well, now I guess he’s learned a little bit from scientists and says, “Yeah, we should probably do something about the environment and climate change, but we can’t destroy the economy to do it.” Here is the exact quote from Marco Rubio: “We’re going to have to do something about the impact that it’s having on low level coastal areas, and that means mitigation, hardening, lifting, how we manage water. We’re all over that, but I’m also not going to destroy our economy. There’s a reality here. There’s a balance on that end of it that we need to be focused on.”

Marco, have you seen any of the studies that show that addressing climate change, reducing emissions, not destroying regulations, that literally every single one of those things actually creates more economic benefit than either ignoring them or destroying them? Because every available study happens to say that. In fact, those regulations that your president is slashing and burning at an alarming rate, those actually create more jobs here in the United States, and for every $1 spent on enforcement, it creates a $7 ripple effect throughout local economies.

We could be investing in smarter energy, renewable energy, working on job training programs to take people out of the coal mines, get them working on wind turbines and solar panels. That would actually create more jobs and create fewer sick days for Americans, because that would also result in less pollution, which would create bigger economic benefits. There’s literally no way to address the climate change catastrophe coming towards us without benefiting the economy. That’s how that works. It is a win-win situation. We help fix the environment, and we get a robust, renewable energy economy with fewer emissions, fewer sick days, greater economic benefits, higher worker productivity, literally no one loses except for the fossil fuel industry CEOs who refuse to change for decades.

But those are the only people you care about. Those are the only people your party cares about, and that’s why you’re willing to go on CNN and pretend that you don’t know how the actual economy works. I know you’ve seen those studies, okay? Those studies have been out for years at this point, and none of them say that we have to burn down the economy in order to save the planet. In fact, all of them happen to say the exact opposite of that.