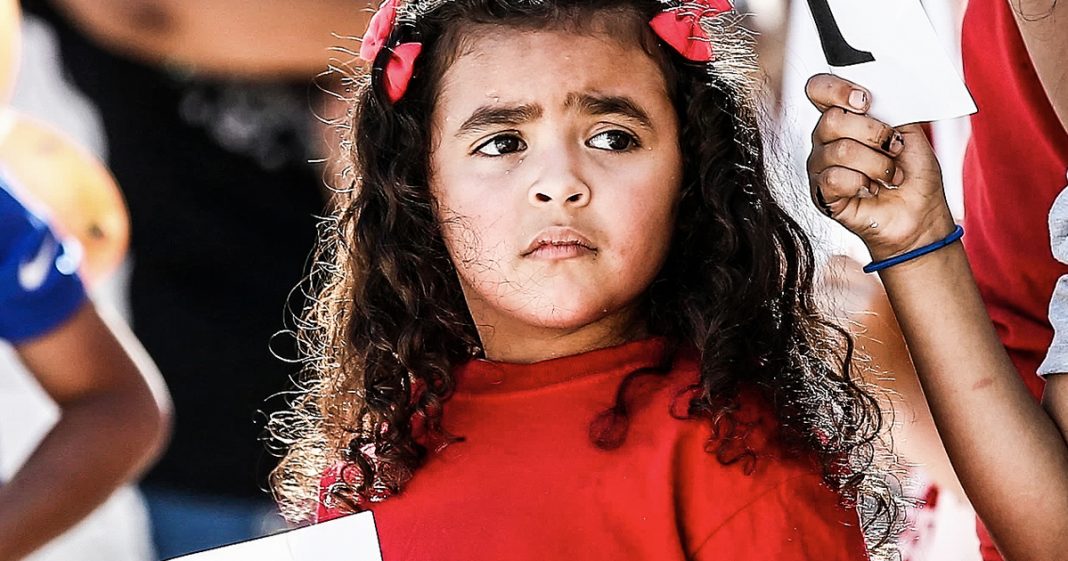 The Trump administration’s cruel immigration policies are apparently much more cruel than anyone could have imagined, and reports are now emerging showing that the administration is forcing young children – below the age of kindergarteners – to sign away their rights so that they can be deported. These children have no idea what they’re signing and what it means, but once they sign they are deported. This has to stop. Ring of Fire’s Farron Cousins discusses this.

Over the last few days, we’ve been getting a lot of reports about just how disgusting things are down there at our southern border will all of the migrant children, migrant families, migrant parents coming into the United States and how they’re being treated by the Trump administration. There was a major story in The New Yorker just a few days ago talking about the fact that a five-year-old little girl, who came to the United States with her parents, she was separated under this administration’s Family Separation policy. She was then forced to sign away her rights. They gave this five-year-old girl this legal document, that she doesn’t understand. She doesn’t know what’s in it. She doesn’t know what it says. And they made her sign it.

And by doing so, she signed away her rights so that they could deport her. They are tricking these children, some toddler age, into giving away their rights so that they can get them out of this country as quickly as possible. Another report that we’ve gotten over the last few days is that some of these children that they’ve separated from their parents, they almost immediately move them into orphanages so that they can be adopted out. They’re forcibly taking these kids from their parents and adopting them out legally so that their parents can never get them back, which for the record, actually does fall in line with the United Nations’ definition of genocide by the way.

Forcibly removing a child from one group and placing them with another is part of the UN definition of genocide. And that’s what’s taking place here in the United States down there on our southern border. We are treating these people like less than human. And this is the policy of the Trump administration. They know what they’re doing. They’re tricking children. They’re tricking their parents. They’re tricking everyone. They’re violating the most basic human rights so that they can get them out of this country as quickly as possible.

Something has to be done with this. We know that the UN has come in and condemned it as a massive human rights violation. We know that Amnesty International said that we’re committing massive human rights violations. When is somebody going to step in and put a stop to this? We need massive investigations. We need criminal proceedings. And somebody from this administration, multiple people probably, need to go to prison for what they’re doing to these families.