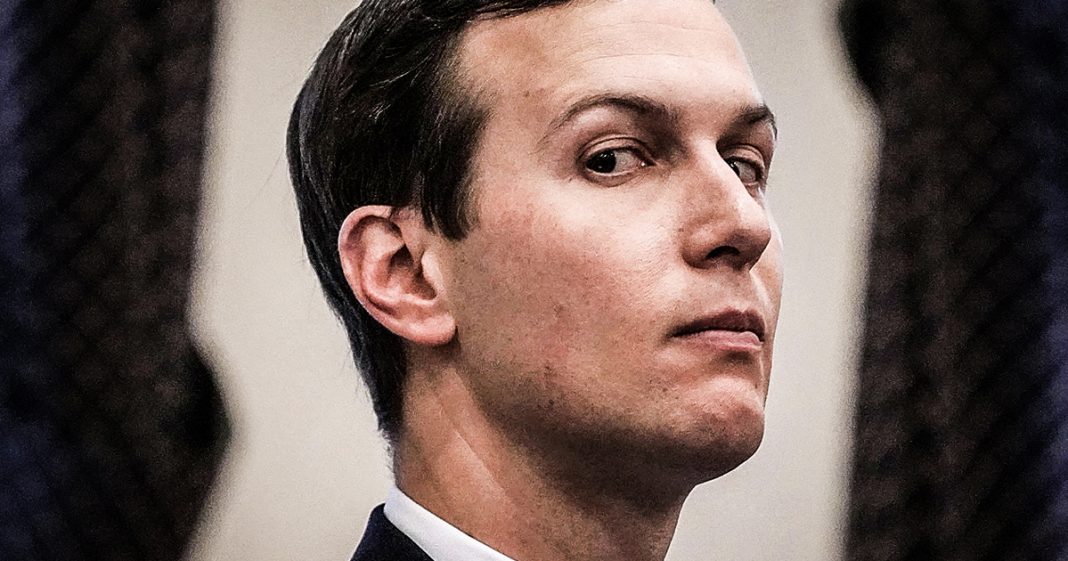 Donald Trump’s son-in-law Jared Kushner has become a master at not paying his taxes, and a new New York Times report shows that the senior adviser to the President has gone many years without having to pay a single dollar in income taxes. This is how the system works – if you are rich, you don’t have to pay, and the burden falls on the rest of us. Ring of Fire’s Farron Cousins discusses this.

According to a major new report from the New York Times this past weekend, Jared Kushner, son-in-law of Donald Trump and a senior advisor to the White House for some reason, likely paid $0 of income tax for five of the last eight years. Now this information was based on documents obtained by the New York Times, put together with the help of Jared Kushner himself, because they were given to a company that Jared Kushner was trying to get a loan from.

So they analyzed his tax returns, his tax filings, found out that he likely paid $0, and here’s the thing though, because this was prepared for an organization that that Kushner was trying to get money from, either he didn’t pay any federal taxes, or if he lied to them about how much he’d paid, that would actually be a felony because you can’t lie to a lending institution that’s considering loaning you millions of dollars. But I think it’s much more likely that Kushner, like so many other of the wealthy elite, here in the United States, paid $0 in income tax. Now the reason, according to New York Times, that Kushner was allowed to do this, was because he claimed so much depreciation on properties that he owned in New York City, that that depreciation actually outweighed the amount of money that he brought in.

But here’s the thing, it’s not just Jared Kushner. I know it’s easy to beat up on him because he’s such a slime ball, but this is how the wealthy elite in the United States, typically operate. It’s why we see some of the biggest corporations in the United States not paying any income tax on any given year. They claim depreciation, they try to write off as mch as possible, then when you look at it on paper, it looks like the company suffered massive losses, which is the case with Jared Kushner as well, when in reality they were pulling in millions upon millions of dollars; they just understand how to use those tax loopholes so well, that they end up paying zero.

Meanwhile, for the average income earner in this country, people like me and you, and everybody else, we don’t have all these loopholes, we have to pay exorbitant amounts of taxes every year, and you know what? It’s actually okay that we have to do that, because those taxes pay for schools, and police departments and fire departments and roads, and bridges and everything else in this country. So you may not like paying taxes but they are absolutely necessary to keep this country functioning. But people like Jared Kushner are screwing the system, but more importantly, by screwing the system , they’re screwing every single one of us. Because the next time that a school goes underfunded, and they can’t buy new textbooks, or the next time a bridge collapse here in the United States and it kills half a dozen people, you can thank people like Jared Kushner, because if they were paying their tax dollars like they’re supposed to be, we wouldn’t have near as many problems, with everything in this country, cos we might actually have the money to fix it.