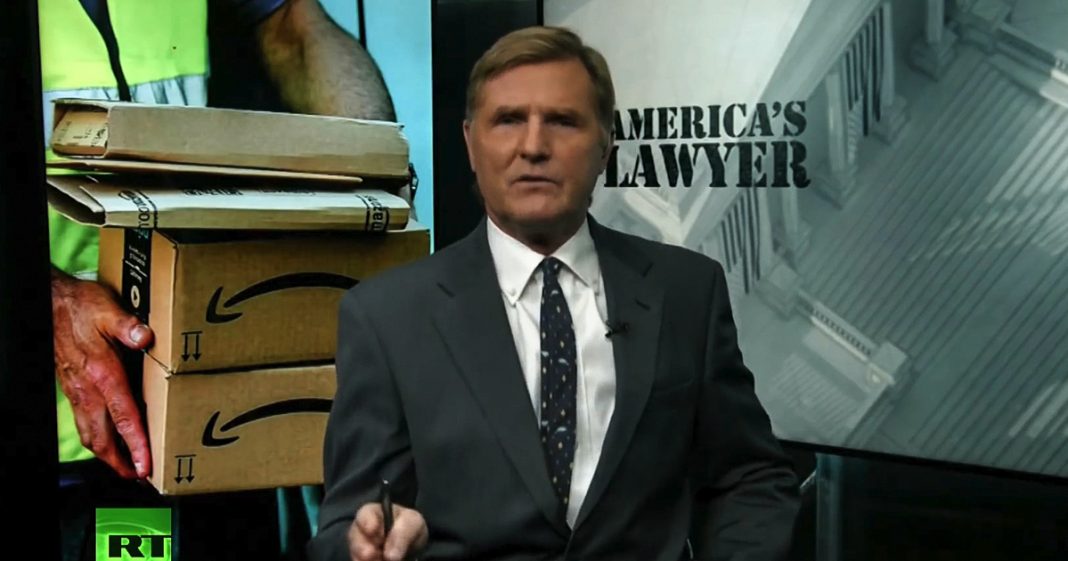 Via America’s Lawyer: Amazon.com CEO Jeff Bezos announced that he was going to be raising the employees’ wages to a minimum of $15 an hour. Mike Papantonio explains more.

And finally tonight, some good news. Last week, Amazon.com CEO Jeff Bezos announced that he was going to be raising the employees’ wages to a minimum of $15 an hour. This move came after months of public pressure put on the company, public pressure that began with Senator Bernie Sanders. This raise is going to raise the wages of roughly a quarter of a million Amazon employees right before the busy holiday shopping season. The company believes that other major retailers are going to follow in their footsteps in order to remain competitive.

But we have to acknowledge how all of this came about. Had it not been for the public campaigns, ones that we put right here on the air, against Amazon’s working conditions or campaigns by Bernie Sanders, this wouldn’t have happened. Using nothing more than the bully pulpit, Sanders managed to get this multi-billion dollar company to agree to higher wages for their struggling employees. I hope every other politician is paying attention because Bernie just showed us what real statesmanship looks like, what real courage looks like, which is so rare, so rare in Washington, DC.