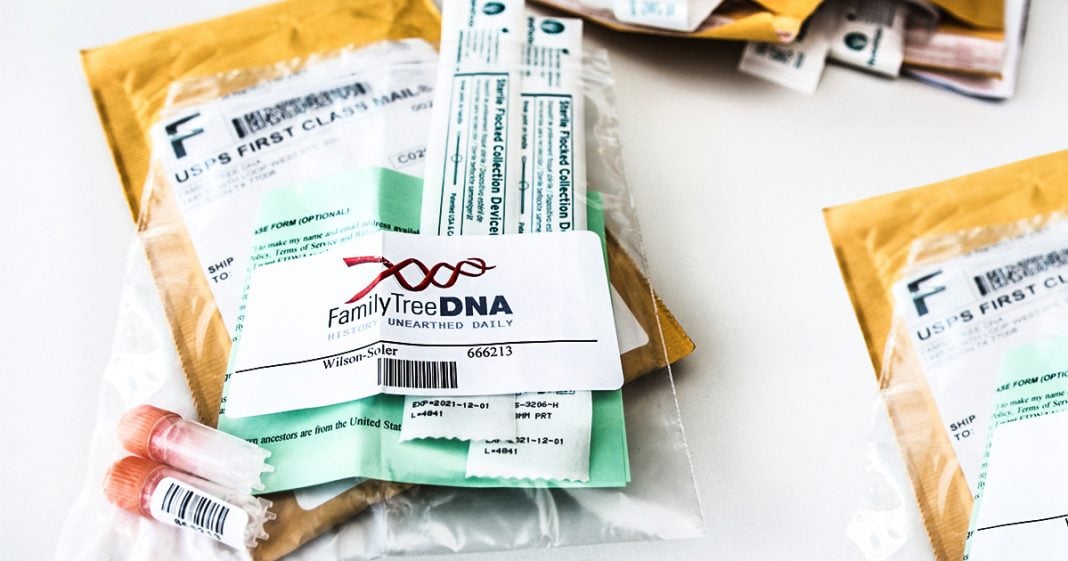 Via Boom Bust RT America: Could DNA testing companies be more hassle than they’re worth? Bart Chilton sat down with Mollye Barrows to discuss!

Bart Chilton: And consumer DNA testing kits are a booming business. Last year, more than 12 million people had their DNA analyzed with direct-to-consumer genetic genealogy tests. It’s a lucrative business too. The rise of DNA testing has created a market that is expected to be worth more than $310 million in the next few years. And that’s not the only way some DNA testing companies are making big profits. With some of the dirty details, we are once again pleased to be joined by Mollye Barrows, Legal Journalist with the Ring of Fire Network. Mollye, thanks for being here. As these kits are becoming increasingly less expensive, people are giving them as gifts and things. More people are using them, but where does their data end up?

Mollye Barrows: That’s a good question. Who actually owns this data? And there are a number of issues that come up with this whole idea of giving your DNA to a company, having them test it, providing a little information to you. Maybe you need it for medical reasons, maybe you’re just interested in your genetic history. But what happens to your data after you’ve gotten the answers that you want? And really, a lot of these popular companies like 23andMe, Living DNA, Ancestry.com, they have a couple of forms and they vary from organization to organization, but basically you have a consent form and the storage form. And they can be kind of gray. But if you agree to store your data, then like with 23andMe, you’re sort of loosely agreeing to allow them to access it and analyze it with new technologies. And if you move on to a consent form, then you could potentially have that same data of yours used in other research projects in the future.

Now, if you decide that you want to change your mind, you go online, you say, “Hey, I don’t want my results to be able to be seen by other people. I want them deleted,” then they will say, “Well, it’s possible that your DNA has already been given to another research project. We can’t wipe it away from that current research project if it is being used, but it won’t be used for a new research project.” So it’s sort of vague. Nobody knows exactly who owns it, but you can bet that most of these companies are selling your data or perhaps partnering with another company, mostly pharmaceutical companies or medical research groups, to use it for exploration of new medicines.

Bart Chilton: I’m so glad you’re covering this. We’re all concerned about our private data. What websites did we visit? Does Facebook have the data? But this is us, this is our DNA. What’s more personal than that? What are the businesses? Who are these companies that are making the money off of this data?

Mollye Barrows: Well, some of the bigger, mainstream companies are, you’ve got Living DNA, Ancestry.com, 23andMe. And again, going back to the pharmaceutical developing companies, the new medicines that are being developed, for instance, this one particular company, GlaxoSmithKline, they committed 300 million to 23andMe to be able to access their data to develop new drugs because that seems to be the future. You’ve also got some other genetic testing companies out of California, Genomic Health, and another that are collecting the same data and using it to develop new medicines, new technologies, because that personalized medicine they feel is where the real profits are going to be in the future. So they plan to use this data to find new drugs, find new treatments for patients. But the funny part about it is, 80% of these people are giving consent to have their data used in this research. Perhaps they feel like they’re making themselves part of something bigger.

Bart Chilton: Wow. Just have a little bit of time Mollye. But you won’t be surprised for me to say this, it seems like an area for future regulation. You agree?

Mollye Barrows: Absolutely. And you hit on it earlier when you said everything from smart phones to Google, everybody is tracking your data, wanting to utilize it to make more money off of you. And that’s essentially what the Federal Trade Commission warned people about over the holidays last year. They’re saying, “Hey, it may be interesting. You may have valid reasons for wanting to use these online companies or these genetic testing home kits. But the bottom line is, that’s you. You’re giving them your building blocks to make you. There’s no ownership of that. This is your personal data.” And one of the country’s largest data brokers, Acxiom, basically calls it ethical data use. There’s this feeling that, “Hey, your data really isn’t. You shouldn’t have an expectation of privacy. But trust us, we’re going to use it ethically.” So it will be interesting to see if the government, like the FTC branch or someone else, comes in and starts to regulate. But right now, there are no steps necessarily I believe that are pending to do that. But it’s in everyone’s ear. They’re talking about it.

Bart Chilton: Wait until they see this in other interviews. Mollye Barrows, Legal Journalist with Ring of Fire Network. Thanks a lot, Mollye.