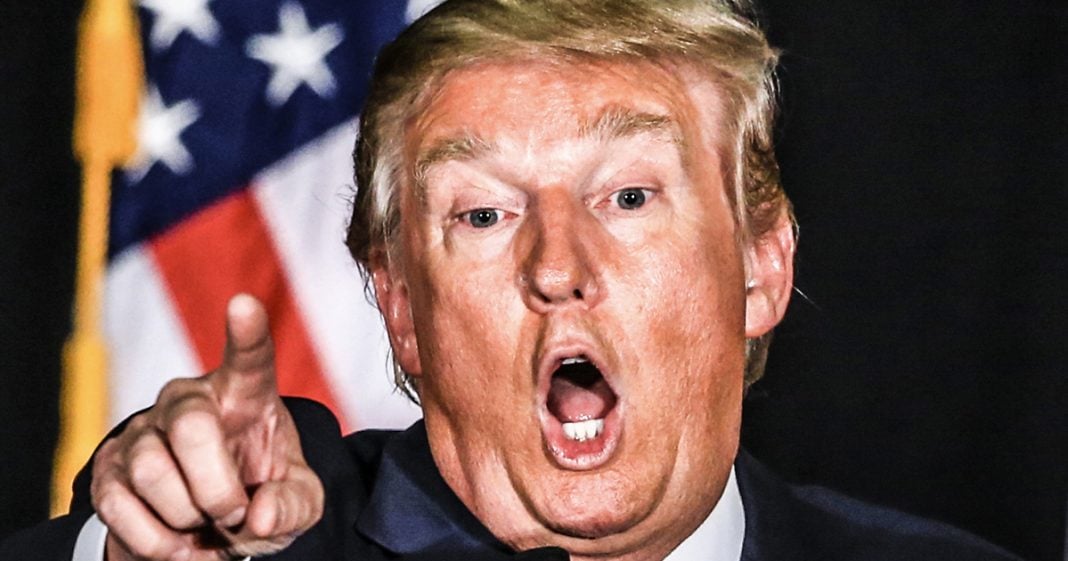 Companies across the United States are feeling the squeeze of Donald Trump’s trade wars. And unlike the farming industry, the rest of the businesses getting hit aren’t getting a sweet taxpayer bailout. Major employers like Ford have already announced that they’ve lost billions of dollars in revenue and as a result will be cutting back their workforce by THOUSANDS. This is how economies collapse, as Ring of Fire’s Farron Cousins explains.

You know you would think that with a historically unpopular president with a bunch of policies that didn’t go over well with the American public including their attempts to repeal the Affordable Care Act and their tax cuts for the wealthy, you would think that Republicans would basically have had all the bad news they could handle before this year’s midterm elections. Well, I’m here to give them a little bit more bad news that is certainly going to impact the 2018 midterm elections. It turns out that Donald Trump’s trade wars have cost our economy billions of dollars, and we’re about to see another massive round of layoffs. So, with less than four weeks to go before the midterms, we’re going to see thousands upon thousands of American citizens losing their jobs just because of Donald Trump’s trade wards.

Now you may not think that these trade wars are something that the average American citizen thinks about, but I have to tell you that it’s the exact opposite of that. See the average American citizen, you know those middle Americans in the flyover states, the ones that Hillary Clinton didn’t bother to go to, they’re the ones that are actually being affected by the trade wars. That is something that weighs heavily on their minds every single day as they walk into work at a factory, or on a farm, or wherever it is not knowing if they’re still going to have a job at the end of the day. Major corporations are effected by this, not just the farming corporations. Automobile manufacturers, Ford recently announced that they have already lost, since May because of the trade wars, over a billion dollars and that thousands upon thousands of their workers are about to get laid off. They’re losing money left and right and they’re pinning most of the blame on Donald Trump’s trade wars.

Now they had a reorganization plan in place. They were basically going to strip the company apart, send it to other countries, and yes that’s also going to hurt American jobs, but now they’re trying to do it even faster than before because they’re losing so much money staying in the United States. That is a direct result of Donald Trump’s policies. Rather than making it better for them, rather than incentivizing them to stay in this country, he made it to where they can’t afford to do so. And Ford Motor Company isn’t alone. There’s many other multi-billion dollar industries in this country that are facing the same dilemma. The steel to make their products is getting too expensive. The electronic pieces that they need to put in their products that they have to bring in from other countries, that’s getting too expensive. So they either lay off workers, they increase their prices, which reduces demand, which leads to more lay offs. That’s what we’re seeing in this country right now.

As we’ve talked about in the past, studies have shown the people that are being hardest hit by these policies are those living in the reddest counties of the reddest states. Those people understand who’s to blame. Some of them are never going to abandon Trump and the Republicans, but others have said that they’ve had enough. They’re tired of being treated like this. They’re tired of being lied to. Luckily for us, those are also the same people that are typically first in line to vote whenever there’s an election. This time it’s not going to end well for the Republican party.