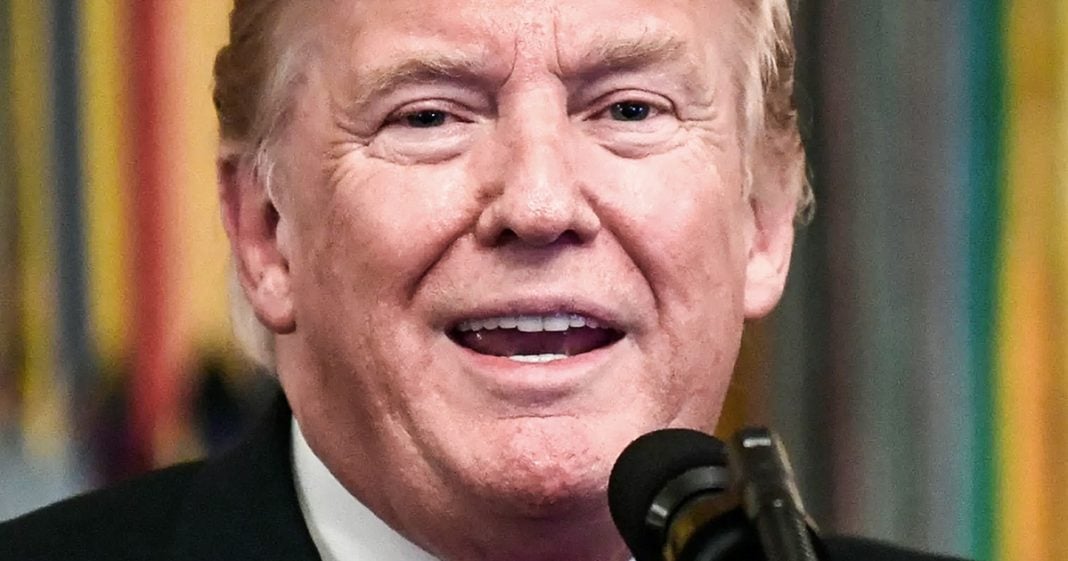 It may seem like Republicans in Washington, D.C. have become the biggest enablers of the Trump administration, but the truth is that the corporate media has been enabling the President since the day he first announced that he was running. This trend continues today, with them running op-eds (allegedly) written by Donald Trump, even though fact checkers revealed that literally every claim in the op-ed was false. Ring of Fire’s Farron Cousins discusses this.

Earlier this week Donald Trump had an oped published in USA Today. It’s pretty obvious, you read the oped, that Donald Trump was not the human being that wrote this. We know how Donald Trump speaks, we’ve seen how he writes, and we know that he did not put this oped together. Nonetheless, it was published out there, it had his name on it, and every single claim made in that oped was proven to be false.

Every single claim. When fact checkers got a hold of that oped, every single claim made by the president and whoever actually wrote it was proven to be false. It was nothing but lies. And yet USA Today published it anyway knowing that the entire thing was complete fantasy fabrication fiction.

The corporate media has become the largest group of enablers figure out Donald Trump imaginable. I mean look, we’re dealing with a Republican party in the House and the Senate right now that go along with whatever Donald Trump says, and they have pretty much taken the heat as being the biggest enablers. But it’s not just them.

The corporate media has done more to aid the president than any other group in this country, and it’s not just Fox News. It’s all of them. Every media outlet that publishes a Trump tweet without saying the president lied. They say he misspoke, he created a falsehood, he contradicted himself. He lied.

And if you’re not willing to come out and say that he lied in your headline, then you’re doing a disservice to the American public. The corporate media had been going down the toilet for decades here in the United States, but under Donald Trump’s administration, they have proven just how worthless and disgusting they truly are.

By refusing to call him out, by refusing to use the harsh language when harsh language is what is called for, they’re enabling him. By writing a story about every stupid tweet that this idiot sends out, they’re enabling him. They’re giving him the coverage that he so desperately desires. By giving him billions of dollars, I think the final count was somewhere between two and three billion dollars worth of free advertising when he was running for president. Covering his speeches, covering his rallies, covering every single thing this man did in a way that they have never done for ane other candidate running for president in the United States.

They were enabling him then, and they’re enabling him now. The corporate media has failed in the age of Trump. And the reason for that is because it draws huge viewers. It draws new advertisers. In short, it makes them a lot of money. And if they continue to call out Donald Trump, or I’d they say that he’s a liar, or start exposing all of his crimes, then maybe something happens and gets removed from offices, then suddenly all of those new advertisers go away.

All of that money goes out the door. So why risk it? So they’ll keep on pretending to be the opposition party here, but at the end of the day, what they’re really doing is helping to prop him up by not calling him out on all of the BS that comes out of that man’s mouth every second of every single day. The corporate media has done more to help this president than the entire Republican party could ever imagine doing.