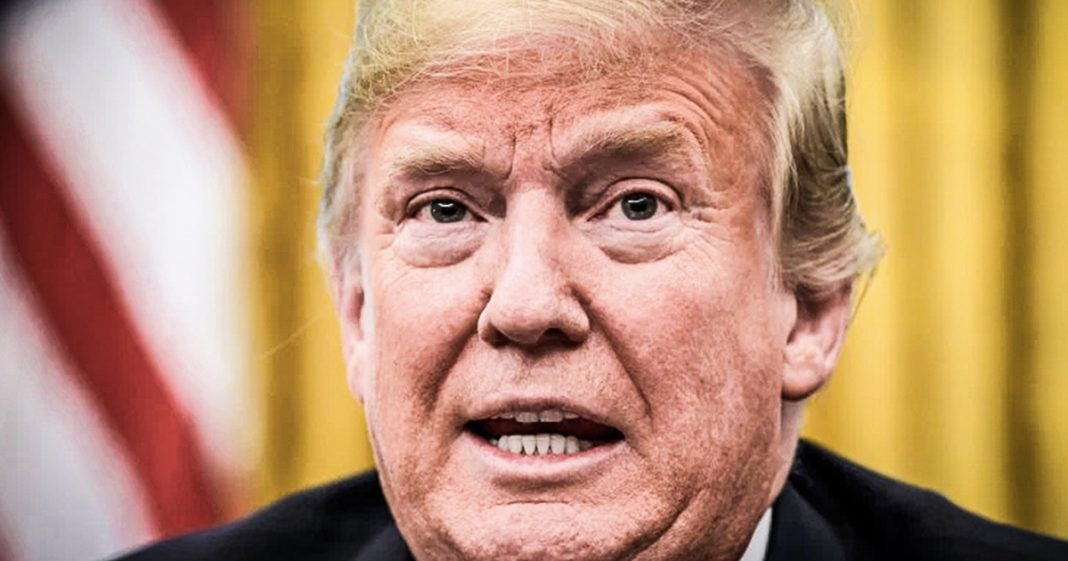 The Trump Administration has decided that the best time to run maintenance on the government’s Affordable Care Act website will be in the upcoming open enrollment period, meaning that people who go online to sign up won’t be able to do so. This is a designed sabotage by the administration meant to show what a failure the program is, even though the failures are planned. Ring of Fire’s Farron Cousins discusses this.

Now, tens of millions of people here in the United States depend on that to get their health insurance, but they still want to do away with it because it’s a good thing that Obama did. It’s not great, it could’ve been great but we let the lobbyists rewrite a little bit of the bill so it’s just good instead of wonderful. But the Trump Administration has not given up on their plans to dismantle and destroy the Affordable Care Act, and their attempts to show the American people that it’s a really crappy piece of legislation.

They’re doing this, allegedly, because it’s, you know, “Routine maintenance. Making sure the website’s kicking and doing well, so we’re just going to take it offline, you can access it for 12 to 14, maybe 24 hours, on any given day. But it’s to benefit you.” Here’s the thing. Obviously, you don’t have to do maintenance during that period. If you know it needs maintenance today, you could actually do it today. You could do it tomorrow. You could set it up to happen a whole week before November 1st. You’ve got plenty of time to do it.

It’s the timing of this that matters. If the website wasn’t functioning properly, as anybody who’s ever run a website can tell you, you don’t sit there and wait until you know you’re about to hit a busy period to make corrections to it, unless it inevitable, like, if it goes down right now. That’s not the case here. They know it needs the maintenance, they know they need to update some codes, update some options, update some tax laws on there, it could be done right now. It could’ve been done six months ago, but they wanted to wait for the perfect moment to sabotage it so fewer American citizens could use the program, so that they could then have the clearance to say, “Hey, look, fewer people signed up this year because it’s a complete failure, so we should do away with it.”

Believe it or not, when left to its own devices, when it’s not being sabotaged from within, the government and the Unites States typically does a pretty good job. They’re not perfect, by any stretch of the imagination, but they don’t screw things up as badly as they are today. And the only reason it’s happening is because Republicans have made it the center piece of their entire party, to tell the world that the US government doesn’t work properly. And the only way for them to prove that is to intentionally sabotage the US government so that it can’t work properly.

You want the government to do what it’s supposed to, you want all of our agencies to work properly? Get rid of the Republican party, and I guarantee you, you’re going to see a really, really big difference in how much better the government can function once you kick those sabotaging Republicans out of it.