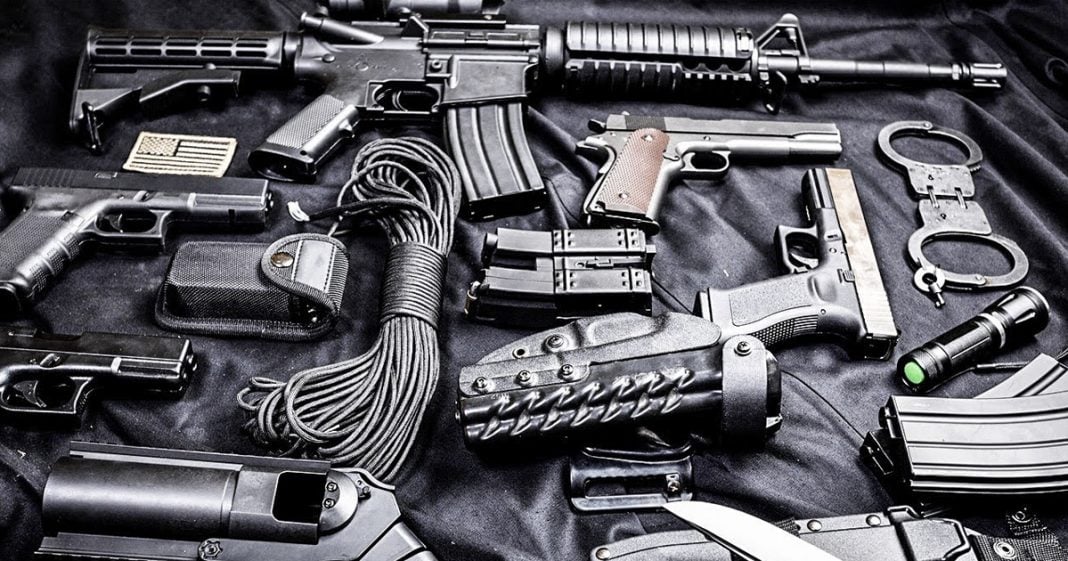 Since the Parkland school shooting earlier this year, there have been 50 new gun control laws passed across the United States. Ring of Fire’s Farron Cousins and Mollye Barrows discuss this issue.

Since the Parkland school shooting earlier this year, there have been 50 new gun control laws passed across the United States. A great–finally–move. Something happened, right? I mean we’ve had so many mass shootings. They finally took this last one, where there was huge public backlash. Backlash from the victims themselves. Now we’re finally getting some new gun control laws, but is it enough? That’s where we’re at right now. I guess we’ll start with the positive. 50 new gun control laws across the country. Great start.

It is. It’s fascinating. You have states like Vermont. Typically a state with some of the loosest gun control laws in the country. They’re passing a whole series of laws that regulate them. Everything from expanding a ban on carrying guns in the schools as well as red flag laws, which you and I were talking about earlier. A red flag law is basically a law that attempts to take weapons away from somebody who may be a registered gun owner if they’re showing signs of maybe mental illness or some other signs of violence or that could potentially lead to violence.

There’s a whole series of red flag laws. Some that did get passed, others that didn’t. Florida was among the ones. They were known as the state that again was super pro gun, that the NRA was known to wield a lot of influence as in other states across the Union, but certainly Florida. We’re the originator of the Stand Your Ground law. The downside also aside from all these new laws that have been passed to regulate guns is that you have seen some other states that have managed to beef up their gun protection laws. Their gun ownership protection laws.

Right. We’ve seen not just Trayvon Martin. People need to understand, the Stand Your Ground law is used somewhere in the state every day. Every day.

Right. That is really out of control, but 50 new gun control laws. It took a few dozen … 17 kids getting killed, plus one of the staffers at that school to finally get something done, but we’ve had so many mass shootings that seem to be getting more. The death tolls for them seems to be getting higher. I think one of the real problems here is the red flag laws are great.

The things that say, “If you exhibit any kind of signs …” Maybe you beat your spouse. Perhaps you got Baker Acted and had to go on a psychiatric hold for 72 hours. That’s a great start, but we have to get these high-powered rifles, assault weapons, semiautomatic … Those have to go. Those serve no purpose here in the United States for civilians. People say, “Well it’s my only protection against the tyrannical government.” Okay. The government has jets and nukes.

You are outgunned regardless.

Yeah. If you could shoot 800 rounds a minute, you’re still dead if the government decided to do that, which they’re not. But anyway, it’s the gun culture and it’s the NRA fighting back against these laws. What we’ve seen recently is the NRA come out and say, “We’re on the verge of bankruptcy. We don’t have any money. Oh, no. Poor us!”

I know. There’s no money for them.

But that could be part of the reason laws are actually getting passed now.

If the NRA is feeling a squeeze, they may not have as much influence.

Well, and as we’ve seen in everything from the FOX News exposes, the #MeToo Movement, pointing fingers at powerful people, media figures that have been accused of sexual harassment, it took going after their advertisers to get the companies that were employing these individuals to change their ways. It looks like these kids at Parkland who organized so quickly … Things that I’ve read really give them a lot of credit for keeping public interest in this topic alive because they did organize so quickly after the shooting. They immediately went to Tallahassee, the capital of Florida. Then they immediately organized other groups around the state.