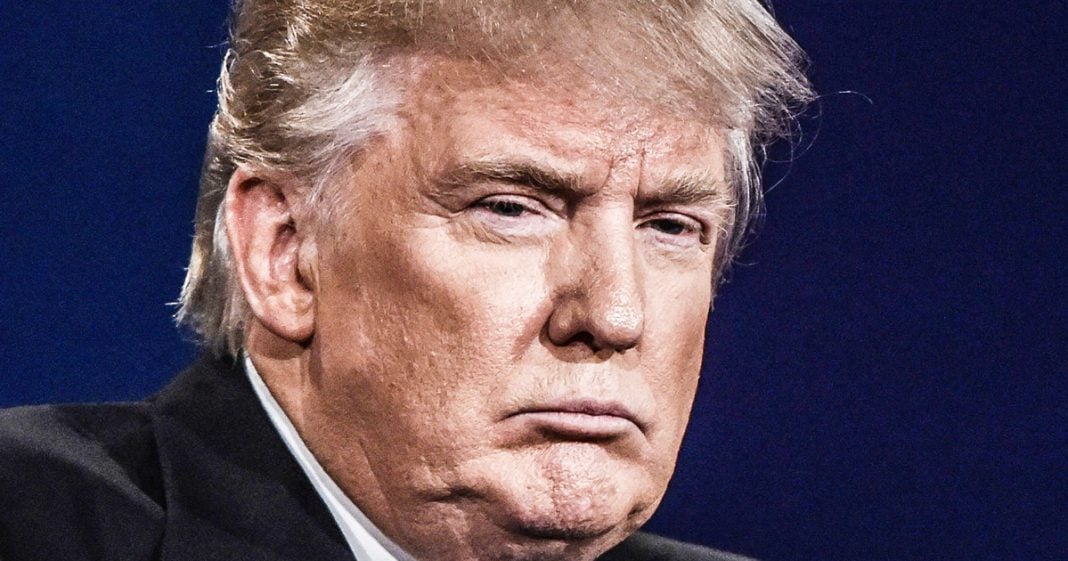 Donald Trump has done some pretty horrible things since taking over the White House, but he couldn’t have achieved this things without help from the Republicans in Washington. And since those Republicans have proven that they aren’t willing to stand up to Trump and instead wish to enable him, we have to fire them this November in the midterm elections. Ring of Fire’s Farron Cousins discusses what’s at stake this November.

You know, we’ve talked a lot recently, and, trust me, we’re going to be talking about it a lot for the next month. But the fact that these coming midterms, that are now less than 30 days away, probably the most consequential midterms in our lifetime. And the reason, is because Donald Trump is not working alone in Washington DC.

Brett Kavanaugh wouldn’t have gotten to the US Supreme Court had it not been for the help of Republicans in the Senate. The tax cut package, that has ballooned our deficit, destroyed our budget, and now is threatening our social safety net programs with cuts, that was Republicans in the House and the Senate.

We saw that last week with Susan Collins and Jeff Flake. “Oh, I hate this guy, I don’t like, oh, I’m going to vote with him anyway.” That’s what they do every time, they’re assholes, always have been, always will be.

But the same could be said of actually any Republican in Washington DC right now. And not just because they put forth bad policy that hurts average American citizens, and benefits the top 1%. It’s because they are Donald Trump’s enablers. There are only a few policies that the Trump administration has actually put forth, that they were able to do by themselves. The family separation policy was 100% Donald Trump. The destruction of the EPA and the rollback of life saving regulations, that was all Trump.

But the tax cuts that are threatening our economy and threatening our Social safety net programs, those are his enablers in Congress. You know, all of the judges he’s put on the Supreme Court, the judges he’s packed in the lower courts, that’s all Republicans in the Senate. So, we have to understand, as we head into these midterms, when we go to the polls, as we get those early voting forms in the mail, that Donald Trump can’t do it alone.

And, if we want to get rid of his power, we have to get rid of his enablers. And the enablers are the Republicans sitting in the House and Senate who say one thing to the media about how much they dislike Trump, but then do the complete opposite when it’s time for a vote.

Well, now it’s time for your vote, and I hope that you use that to punish these people who have allowed Donald Trump to run roughshod over our entire country, our Constitution, and the rule of law here in the United States. We’re les than a month away. Make them pay for their complicity by not giving them your vote this November.