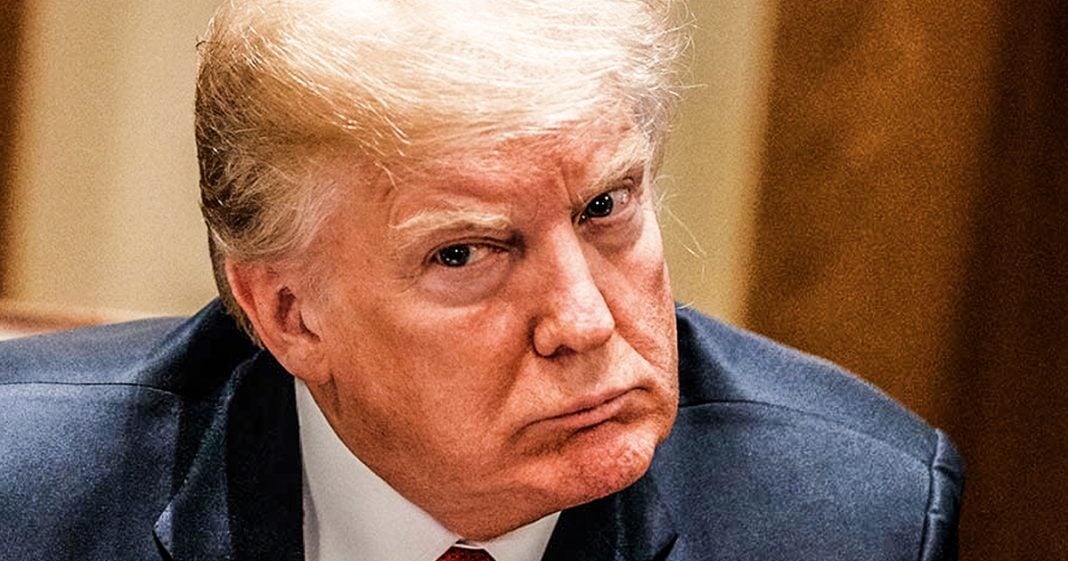 The latest polling data for the U.S. has some really bad news for Donald Trump. His approval rating has now fallen in all 50 states, and the biggest drops are in states that Republicans have always considered safe. This is bad news for a Republican Party facing a very tumultuous midterm season in just a few weeks. Ring of Fire’s Farron Cousins discusses this.

Some of Donald Trump’s staunchest defenders believe that the recent appointment of Brett Kavanaugh to the U.S. Supreme Court is only going to make Donald Trump’s approval rating go higher. They believe that this was a massive victory for Trump, combine that with a robust U.S. economy and Trump’s poll numbers are going to go through the roof before the midterms. Right? No. No they’re not. In fact, as we’ve pointed out, most people in this country are seeing zero benefit at all from this robust economy. It’s actually only benefiting the top 10 percent of this country. As for Brett Kavanaugh, roughly 40 percent of the country wanted to see him confirmed, the rest did not want him sitting on the Supreme Court.

Knowing all that, it’s no surprise that Donald Trump’s approval rating has actually fallen, not just in national polls, but in every single state in the United States since inauguration. Donald Trump’s approval rating has fallen in every single state. He only has a net positive approval rating in a handful of states at this time, the two highest obviously being Alabama and West Virginia. You know, the areas where you would really expect the president’s horrible messages to resonate, even though those states have seen no better whatsoever from Trump’s policies and they are ravaged by what the U.N. actually calls extreme poverty, meaning they have a hundred thousands of citizens living on less than two dollars per day. Nonetheless, they support the man who shits in a golden toilet and think he’s the greatest thing to ever grace the White House lawn.

Here’s the thing about Donald Trump’s approval ratings falling in all 50 states. We are less than four weeks out from the midterm elections at this point. Less than four weeks. I know that Donald Trump’s name is not on the ballot, but Donald Trump’s name is attached to every single person that has the word republican next to their name on the ballot. As the President of the United States, Donald Trump is the defacto leader of the Republican Party right now. If his popularity is falling in every single state, including states that really are solidly red, because it has gone down in Alabama and West Virginia, but he’s also taken massive hits in states like Utah. Utah, a solidly republican state has actually seen the biggest drop in approval for Donald Trump. Went from a net positive of I believe 55 percent and now it is down into the 40s. So, yeah, nobody likes the guy. Nobody likes his policies. Nobody likes what he’s doing to this country. Most people didn’t like his Supreme Court pick. Most people don’t want the border wall.

So republicans and Donald Trump can sit there all day talking about how great they are, how popular they are, how much they’ve done for this country. The truth is, most of us have seen no benefit whatsoever and we’re not ever going to see one. People are waking up to that. These big Republican Party lies about trickle down economics, about illegal immigrants, about unfair trade between other countries, those have all been exposed for the lies that they are and more and more people across this country every single day are starting to understand that the Republican Party is nothing more than the pro-corporate, pro-wealthy party that cares nothing for average American citizens. But if you got a couple million dollars in the bank or you’re running a multi-billion dollar company, they’re gonna do everything they can to make sure you get whatever you want out of life. The rest of us, they don’t care if we live or die because we’re not the ones funding their campaigns. And again everyday more and more people across this country are beginning to realize that.