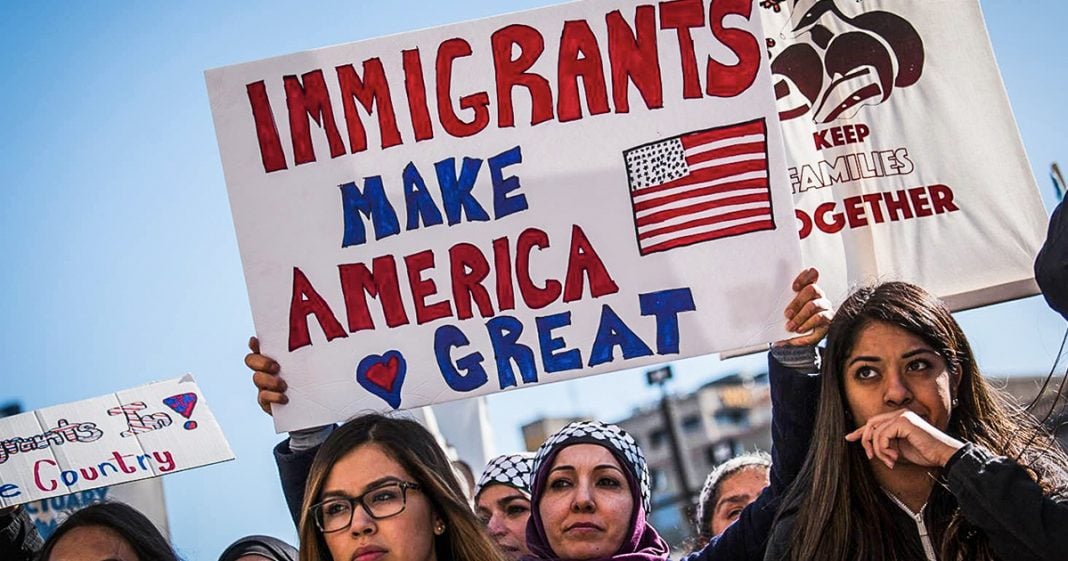 According to a new report by Amnesty International, the United States is engaging in systemic human rights abuses against immigrants coming into this country seeking asylum. The report also says that their investigations have determined that the Trump administration is LYING about their treatment of these people. Ring of Fire’s Farron Cousins discusses this new report.

According to a new report by Amnesty International, the United States is committing egregious human rights violations along our southern border, specifically related to our treatment of asylum seekers coming into the United States. What’s happening right now on our southern border, in addition to the child prison camps, the moving them in the middle of the night to a new camp in the cover of darkness, that story that we had happen the last week. We’re taking asylum seekers who are doing everything legal. They’re coming to these designated ports of entry where asylum seekers are required to go. They’re doing that, they’re coming here seeking asylum because if they go back home, they face the threat of violence or possibly even death.

That’s why we setup the asylum program. That’s why countries around the world have these asylum processes for people to come through and kind of get expedited to get out of their country to flee these kinds of violence’s, whether it’s domestic violence, gang violence, military violence, whatever it is. We all have a process to handle it and it’s perfectly legal.

The United States has basically done away with that entire process according to this new Amnesty International report. Now a few months ago, Attorney General Jeff Sessions and Homeland Security Secretary Kirstjen Nielsen said that they weren’t turning away asylum seekers. They weren’t doing all these horrible things that we say that they’re doing. They’re still letting them come in. Well, the report shows that that’s an absolute lie and we are sending people back to their countries of origin to die, basically, because they know, they’ve been told that if they send this person back the chances of them surviving are slim to none.

And we do it anyway, which is a violation, according to Amnesty, of the most basic international human rights laws. And we’re violating them on a daily basis here in the United States under the direction of the Trump administration. They’ve been lying to us about what they’re doing, they’re putting people’s lives in danger. Oh, and by the way, they still haven’t stopped their family separation program. Everything they have told us about immigration has been a lie. Everything they’ve told us about the treatment of people coming into this country has been a lie. Now, we’re getting called out by some of these organizations that typically focus most of their work on some of the really horrible things happening all over the world, you know? In the middle east, those human rights violations. Down in South America and now, they’re having to focus on what’s happening right here on the mainland soil of the United States because we’ve let things get that bad.

This particular story is one that proves that Republicans need to be voted out of office this November because investigations need to begin. Jeff Sessions, Kirstjen Nielsen, they need to be called in front of the Senate, in front of the House. They need to speak to the FBI and we need to find out exactly what they know, what they’ve lied about and what they’re actually doing because this is a story in which every single person in this country deserves answers.