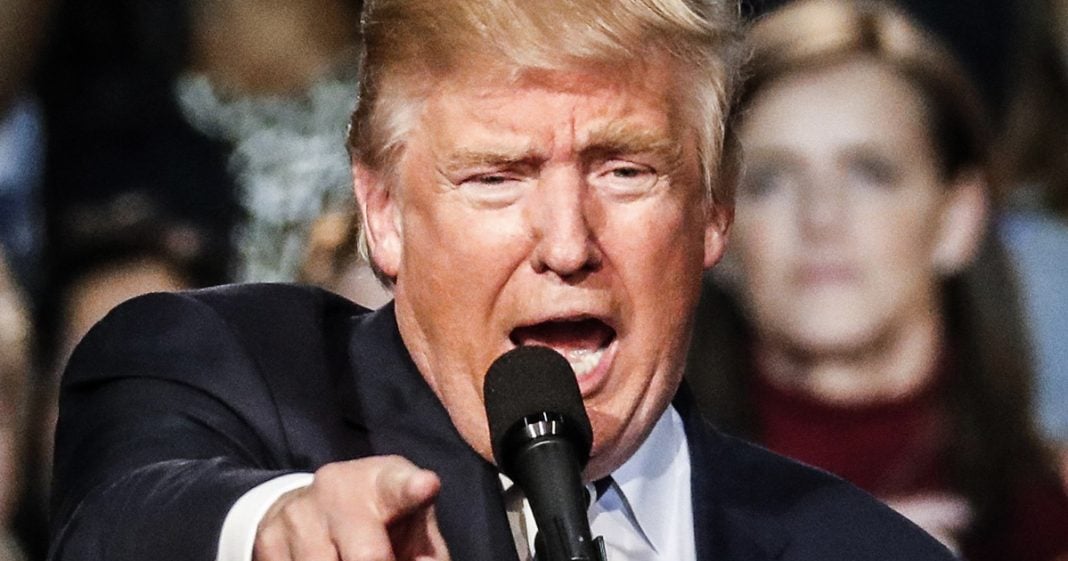 Donald Trump has found himself in a bit of a lover’s quarrel with his biggest admirers – the folks at Fox News. Trump is apparently very unhappy that the network decided to stop airing his hate rallies in their entirety, and now his administration has said that they are going to “look into” the matter. Are Fox viewers getting tired of the network’s love affair with the President? Ring of Fire’s Farron Cousins discusses this.

Donald Trump is furious this week that his good buddies over at Fox News have made the decision to stop airing his little rallies in full. This week Fox News decided that they weren’t going to show the full Donald Trump rallies when he travels to these cities and says the same talking points over and over again and gets those “lock her up” chants going. They just weren’t going to show the whole thing anymore, they were only going to show certain clips from them. And the main reason they decided to do this is because when they show the Trump rallies, they actually lose a lot of viewers. You see, the viewership, when they air those Trump rallies, is actually lower than their average viewership when they’re running their horrible entertainment/faux news programs. So from an advertising standpoint, they decided … You know what? We’re kind of losing money on Donald Trump, so we’re not going to show those whole things anymore. Well that pissed off Donald Trump and now the White House has actually said that they’re going to look into Fox News’ decision to not run these rallies anymore, as if they actually have a say on what this private company can or cannot or should or should not do.

But the problem is they do have a say in it, just like Fox News has a say in what this President does every day. The two are joined at the hip. There is this unholy alliance between the Trump Administration and the Fox News organization with members from the Trump Administration going to work at Fox, Fox people going to work for Trump and even that disgusting relationship between Donald Trump Jr. and that former Fox host. So, yeah, I guess the Administration should feel a little mad. He’s given them a ton of free publicity. The man live tweets Fox and Friends every single morning as if any of us actually care what those three morons on that couch have to say.

So he’s going to have Bill Shine, who, in case you forgot, used to be an executive over at Fox News, was forced out for hiding and covering up all the sexual harassment taking place at the network, now works in Donald Trump’s communications department. He is going to have Bill Shine talk to his buddies over at Fox and see if there’s anything they can do to get them to start running those rallies again. My guess is that Fox News is going to cave, they’re going to bite the bullet, and you know, take the hit for the advertisers when they lose all those viewers for airing the Trump rallies, but the last thing they want to do is upset the President because he has proven so far to be the best thing in the world that has ever happened to that network.