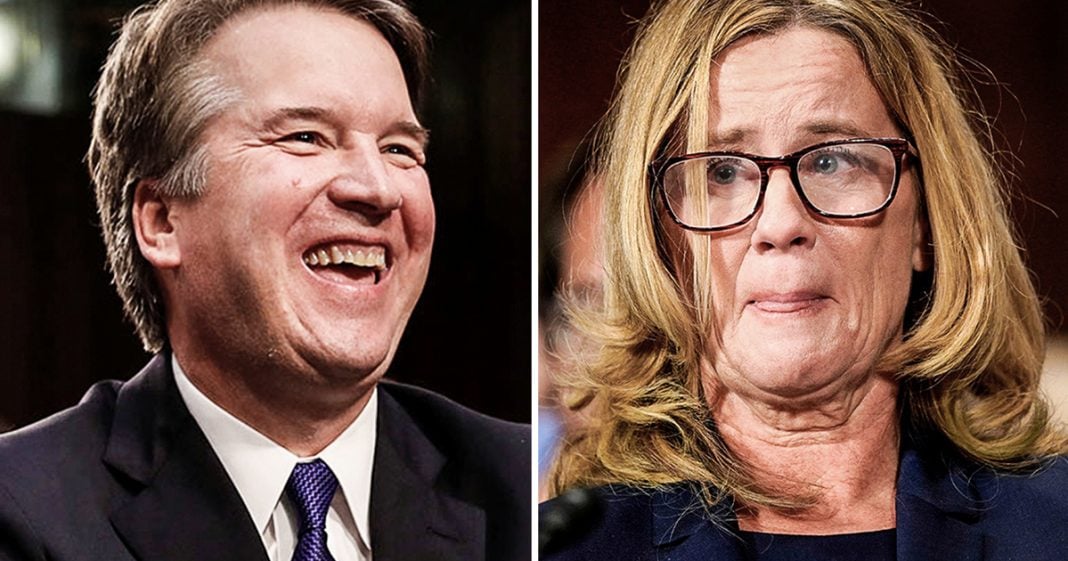 Life might be all smiles and happy endings for Brett Kavanaugh, but Dr. Christine Blasey Ford cannot say the same. She is still unable to return her home due to the sheer volume of death threats that she is receiving, thanks to the vilification of her by conservatives. This woman risked everything to expose her abuser and yet she is the only one being punished, as Ring of Fire’s Farron Cousins explains.

While Brett Kavanaugh may be enjoying his seat on the United States Supreme Court, Dr. Christine Blasey Ford is still unable to return to her home due to the sheer volume of death threats that she is still receiving. This week, her attorney spoke to the media to let them know that this woman’s life is still in shambles because she decided to do the right thing and come forward with these accusations against Brett Kavanaugh. See, here’s the problem. We have Republicans out there right now who have spent the last few weeks, up to the confirmation vote, demonizing and villainizing this woman, Dr. Ford, because they so desperately wanted Brett Kavanaugh on the US Supreme Court that they didn’t care if they destroyed her life, which they have.

Instead, even the President, Donald Trump, has come out and said that she, and all of the other accusers, were attempting to destroy Brett Kavanaugh’s life. Kavanaugh himself said that during his very last testimony in front of the Senate, that people were destroying his life. He’s sitting on the US Supreme Court, and as of right now, for a lifetime appointment. Yes, there’s several investigations into his judicial misconduct that threaten to end his career, but that’s by his own doing. He technically didn’t lose a single thing for Dr. Christine Ford coming forward and all of these other women coming forward with these allegations against him.

Meanwhile, Dr. Ford, again, still can’t go home. She can’t return to her normal life, probably won’t be able to go back to her job again because of these death threats, because of the unwanted publicity that she received because she was trying to do the right thing. What’s happened to Dr. Ford is what happens to women all over this country when they come forward with allegations against some of the most powerful men in the country. They’re met with this kind of scrutiny, this disbelief, people insulting them, calling them liars, or saying that somehow they wanted it to happen.

It’s one of the main reasons women in this country, whether it’s against the high profile guy, or the guy down the street, it’s the reason they don’t come forward, and Fox News, the entire Republican Party, they are the ones who always want to jump in and defend the men, call the women names, insult them, harass them, and ruin their lives, revictimizing them in the process, when they themselves did absolutely nothing wrong. That’s what’s happening right now with Dr. Ford. Her life is destroyed, but Brett Kavanaugh, in spite of what Republicans tell us about oh, it’s so hard to be a man. Yeah, he’s living the best life he’s ever lived. Meanwhile, she’s just hoping she goes through a day without getting a death threat.