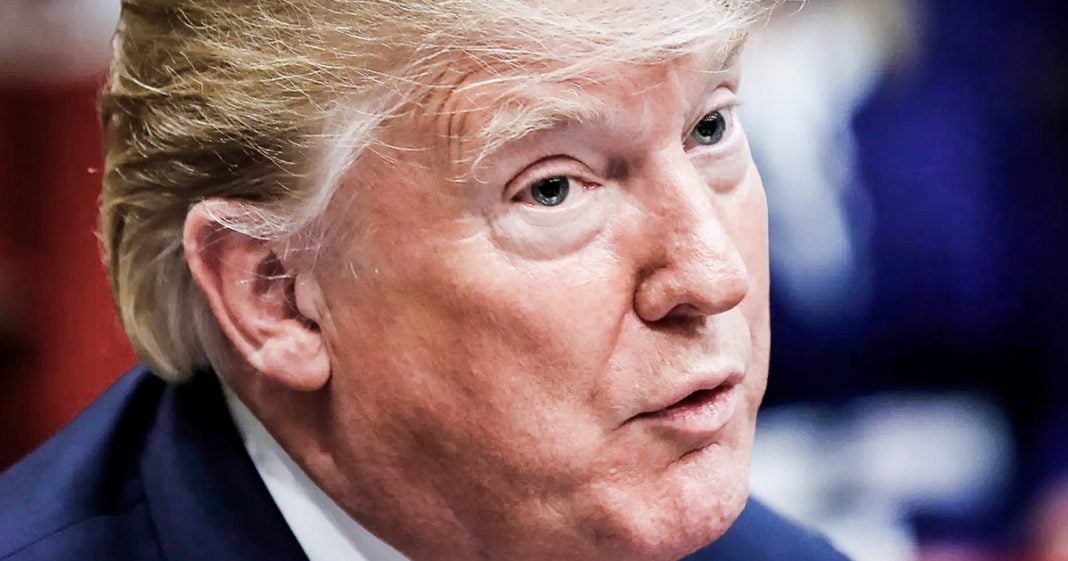 US taxpayers are going to spend more on Trump’s trade war and tariffs in the next year than they will on Obamacare, and they won’t see any benefits from this increase in spending. At least The Affordable Care Act got more people health insurance coverage – the trade wars are a vanity project doomed to fail. Ring of Fire’s Farron Cousins discusses the latest data on this issue.

One of the biggest gripes that Republicans had about the Affordable Care Act, or Obamacare if you prefer to call it that, was that it was just so darn expensive. You know, it wasn’t just that it was government intrusion into the health care market, it was the taxes. By God, we’re all paying so much money for this program, and it’s a program that we all just hate, so let’s just get rid of it, and then they failed repeatedly to do that because they have no backup plan.

Well, according to new reports from the National Taxpayers Union Foundation, Donald Trump’s trade war, which, if you’ll remember, began just four or five months ago, back in May, it’s actually already cost us more money than Obamacare costs us each year. So Donald Trump’s trade war, all these tariffs and taxes that he’s putting on goods from other countries, it has already cost U.S. taxpayers more money than the Affordable Care Act costs us every year.

And here’s the real kicker about this. The Affordable Care Act at least gives us some kind of benefit. Right? I mean, 20 million American citizens are still getting their health insurance through those Obamacare exchanges. What are we getting off the trade war? We’re getting higher prices for consumer goods. We’re getting thousands upon thousands of layoffs across the country. We’re seeing farmers lose their farms, lose their livelihoods. Other corporations that depend on foreign products coming in here to make their products, they’re laying off workers, losing billions of dollars, and they don’t know if they’re going to be able to stay in business.

And that has cost us more than the Affordable Care Act this year. Here’s the estimates. $41.65 billion is what Donald Trump’s trade war, his tariffs, are going to cost us over the 12-month period. Obamacare, on the other hand, $34.6 billion. So we’re talking about a difference of $7 billion. We’re paying $7 billion, as consumers, more for the trade war than we are for this health care program.

And again, we get nothing out of the trade war. Even if Donald Trump somehow manages to pull off a, quote-unquote, victory here, what do we get out of it? It’s not going to lower goods for American consumers. I mean, when was the last time a manufacturer, or any corporation in this country to be honest, actually lowered their prices because the price of their raw products decreased? In theory, under a perfectly functioning capitalistic society that is how it would work, but here in the United States it doesn’t work that way. If it did, iPhones would cost just about 40 bucks a pop. We’d be paying two pennies for pharmaceuticals, because that’s what it’s costing the corporations.

That’s not how it works. There is no good outcome from these trade wars. We are all going to be the losers. We’re going to pay more out of pocket. And considering the fact that wages are down and inflation is up, our buying power’s already decreased by 3%, any increase in the price of goods here in the United States is going to be devastating for the United States economy.

Trump doesn’t care. He started these trade wars as some kind of vanity project for himself, and he doesn’t know how to get himself out, and he alone has the power to end it. But in order to do that, he would have to admit that he made a mistake, which means he’s never going to end it.