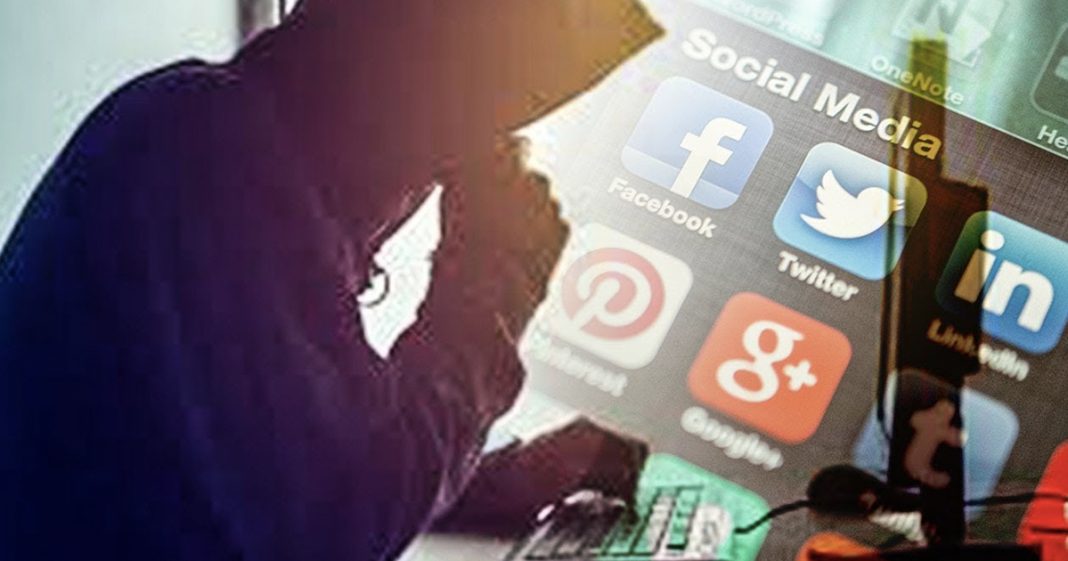 When you to go any social media site, when you sign up, you create an account, you expect that you’re going to have a little bit of privacy there. Ring of Fire’s Farron Cousins and Mollye Barrows discuss this issue.

When you to go any social media site, when you sign up, you create an account, you expect that you’re going to have a little bit of privacy there. That your private information is exactly that, not just the information about where you live and where you’re from, but conversations you have with other people online. But, as it turns out, you may not actually be having a conversation with another real person who shares your interest. You might be talking to a cop, who’s investigating you or, at least, that’s the conclusion of a new report from Criminal Legal News written by a good friend of mine, Steve Horn. Phenomenal article here, Mollye, something I never even thought of.

We’ve seen court cases regarding social media. You can go to jail for things that you say publicly on there. You can be fired from your job because of it. But, now, it appears there’s underground sting operations happening with law enforcement officials on social media. That’s creepy to think about.

It is. It’s like the wild west. You don’t necessarily have an expectation of privacy is what they’re finding on social media. That it’s almost like, as a former courts and crime reporter myself, when you’d go out to the scene of a crime you knew publicly where you could stand, where you couldn’t to get video, or to talk to people. You didn’t want to trespass. Well, in social media, those boundaries are more blurred. If you could stand out on the street and see something, then that was basically considered public domain. You were seeing what anybody could see passing by, so you weren’t trespassing. Well, in the world of social media, it’s the same thing. If you’re putting all of your business and your pictures out there for anyone to see, whether it’s the public at-large or for your newsfeed through Facebook, Instagram, you name your social media dujour.

But if you have it out there for anyone to see, then you don’t have an expectation of privacy. Of course, we’re talking about the Fourth Amendment, but the rub comes in, which I thought was so interesting, like you mentioned earlier about your friend writing this, is that there is some concern that what if you have an expectation of privacy because somebody’s supposed to friend request you? Well, low and behold, it could be a cop that’s friend requested you, or an investigator who’s looking into some other case involving you, perhaps, and so they pretend to be your friend. You let them in, now they have access, but they wouldn’t have had access otherwise to potentially damaging information if they hadn’t pretended to be your friend.

What’s really creepy about it too is a lot of times, online, people are going to speak in hyperbole. They think they’re talking amongst their friends. You see a story of this horrible human being pop up and somebody says, “God, that guy shouldn’t be alive.”

Okay, it’s one thing to say that in front of your friends, or whatever, but a police officer sees that, and suddenly that little innocuous statement … You know you’re not going to do anything.

You just wanted to say it because you felt the anger. That can be used against you. That’s something that they can bring up in court and say, “Okay, right here, you said he should be alive anymore.” I bring up that statement, because I have seen that online.

Not anybody saying they’re going to make that happen, but, “God, this guy’s a waste of oxygen and he should stop breathing.” It’s very creepy and the implications for this are huge, because something you say can be easily taken out of context, used in an investigation, and can ruin somebody’s life just for something silly that they say without really thinking it through.