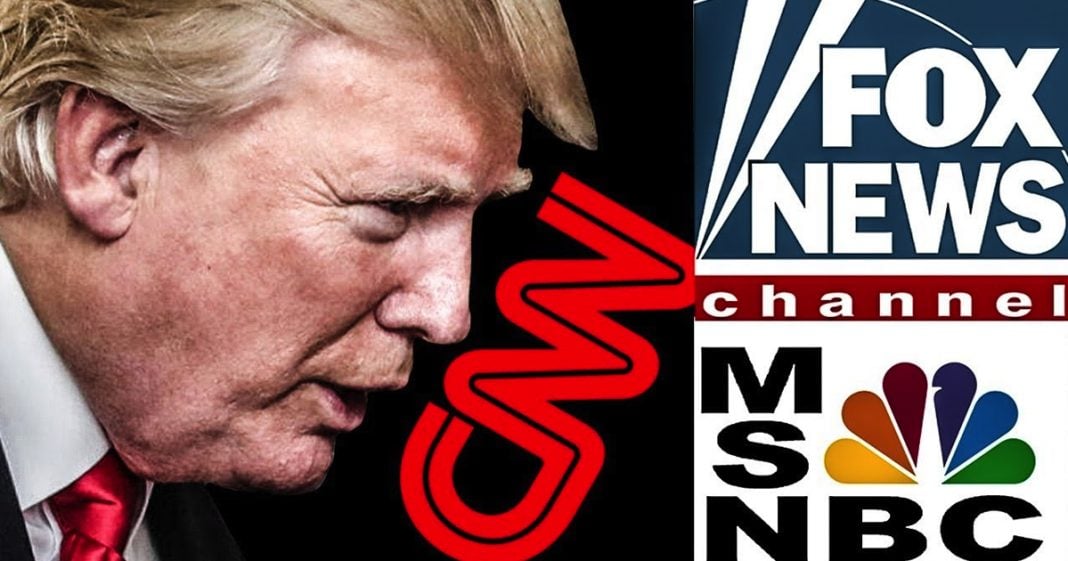 “Why is Republican media and politicians too afraid to criticize 45 when they weren’t afraid to criticize and slander 43 and 44, who were also Republicans? Why are they so afraid of a man-child who hasn’t really done anything and probably won’t do anything to them?” Ring of Fire’s Farron Cousins discuss this issue.

Next question is from @question0786 who asks, “Why is republican media & politicians too afraid to criticize #45 when they weren’t afraid to criticize & slander #s 43 & 44 who were also republicans? Why are they so afraid of a man child who hasn’t really done anything, and probably won’t do anything to them?”

Here’s the problem, though. I mean, well, and let’s be honest. 44, Barack Obama, he was a Democrat. Acted like a Republican at times, acted like a Progressive at times, but overall he was a Democrat. The media didn’t do a good job of criticizing George W. Bush, either. I mean, let’s not forget that you had MSNBC at the time and CNN and FOX News all supporting his policy of interventionist war in the Middle East. I mean, MSNBC fired Phil Donahue for speaking out against the Iraq War. Yeah, they were pretty much lock-step with George W. Bush until MSNBC decided to become the liberal channel, and that’s what they kind of are today. Who knows, I don’t watch them so I assume they are based on what I see. CNN, FOX News, massive cheerleaders for the war.

I think overall, the reason that a lot of media outlets aren’t criticizing Donald Trump, especially the conservative ones, is because they understand that if he gets mad at them and says, “Hey, don’t watch them anymore,” his idiot followers are going to stop tuning into FOX News or step reading Breitbart or Daily Caller, or whatever the new daily conservative website of the month is. They will, they do. The guys does have influence among these sheep that follow him. That’s why they’re kind of trying to toe the Trump line and say, “Yeah, he’s a good guy. We need to lock kids in cages, that’s a good thing.” They are afraid of him.

He is a bully, and that’s how bullies have their power. Not because they have actual power, which Trump does not have over these media outlets, but because they perceive him to have power. Just like any bully. You confront them, you can get them to back down. These papers, these outlets, all of that, they are too terrified to ever stand up to this man, and I don’t ever see that changing, even if he ends up getting indicted, impeached, removed from office, whatever. They’ll never say a bad word about him because they will always be afraid of him.

That’s all the time we have for the questions today, but again, if you have a question for us, please send it using the #askrof, or you can send it to our Twitter account @ringoffireradio. I’m Farron Cousins. You’re watching Ring of Fire and we’ll be right back.