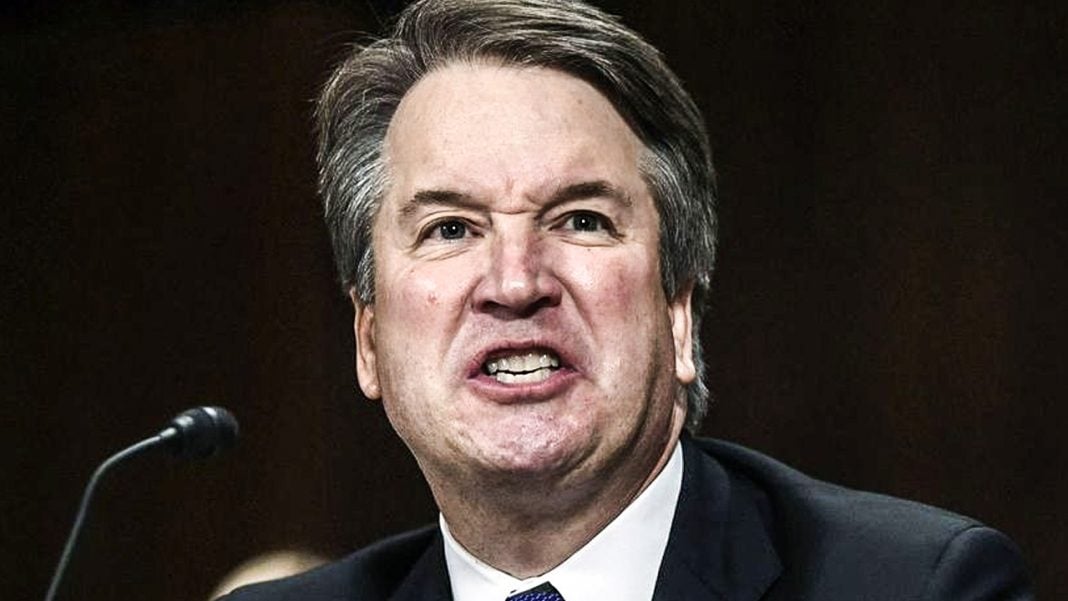 In a move that proves there really are no qualified Republican legal analysts in this country, more and more conservatives are calling for Brett Kavanaugh to actually SUE his accusers for slander and libel. The Federalist Society went as far as to say that he could get about $20 million per claim. But these “intellectuals” don’t understand that a lawsuit would actually end his career, and that’s why we wholeheartedly endorse this idea! Ring of Fire’s Farron Cousins discusses this.

There really is no such thing as a conservative legal scholar, or even a good conservative legal analyst. Those phrases are oxymorons. And the reason we’re able to say that without any kind of fear of somebody being able to prove us wrong is because right now you have Republican lawyers and Republican legal analysts and Republican think tanks telling us that Brett Kavanaugh should sue the women who have accused him of assault. On Sunday, the Federalist Society, the group that kind of helps the Senate pick which judicial nominees they’re going to send to the president, they actually tweeted out saying that Brett Kavanaugh could sue the accusers, and Washington Post because they posted the story, for $20 million, $20 million each. So you’re talking about $40 million there for Brett Kavanaugh just laying on the table if he files a slander or libel lawsuit against Kavanaugh or the Washington Post or Sweatnick or Ramirez or any of them, 20 million a piece. “Come and get it, Brett Kavanaugh,” says the Federalist society, “They’ve sullied your good name.”

Later in the day, on Fox News, Republican lawyer, L. Lin Wood, said that absolutely Brett Kavanaugh should consider suing all of the women who said this about him. Donald Trump himself told Fox News’ Jeanine Pirro that, yeah, Kavanaugh should sue all these people and all the media outlets who published this fake story. My advice is this, Brett Kavanaugh, please, for the love of God, listen to all of these people and sue these women and these media outlets. Please, please sue them, please sue them for slander and libel.

So yeah, go ahead and sue them for slander and libel because I think the results of that are exactly what the American public is waiting to see. We thought maybe we’d get it from the FBI, but if we have to get it because you’re stupid enough to try to sue these women, we’ll take it that way too.