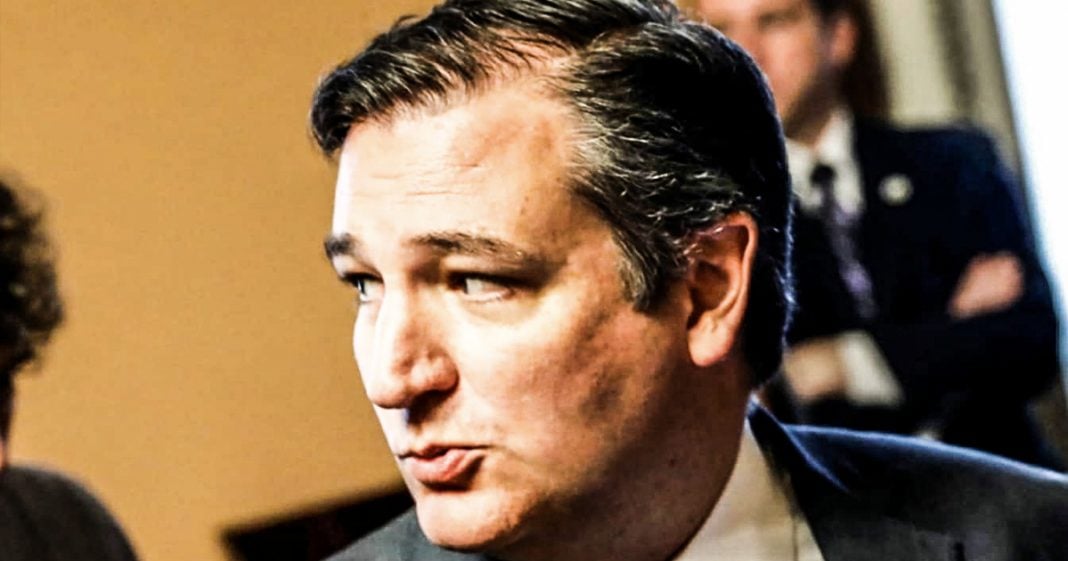 New reports show that several thousand newly-registered voters in the state of Texas have been illegally purged from the state’s voting rolls, a move that will certainly benefit struggling incumbent Senator Ted Cruz. The state has seen a surge in new voter registrations, and that is never a good sign for Republicans, which helps explain the illegal purges. Ring of Fire’s Farron Cousins discusses this.

Senator Ted Cruz is still fighting for his political life down there in the state of Texas. And in an attempt to kind of help him out a little bit, the state election authorities have been purging thousands of newly registered voters from the voting roles. You see over the last four years actually, there has been a surge in new registered voters in the state of Texas. There’s actually served by 11%, which is a pretty big increase.

Republicans are worried because anytime there’s an increase in newly registered voters, it is typically among the younger generation as these registrations are, and those people tend to go a little bit to the left and they’re not really thrilled about Republican candidates right now. They have no reason to be ever, really. Nonetheless, the state of Texas has decided that they were going to toss out thousands, thousands of these newly submitted voter registration forms in the state of Texas because they allegedly didn’t include a signature on the registration.

Now, Texas law does not require a signature on your voter registration. That means that not only were they purging thousands of voters, they were purging them illegally from the voting roles. And they did it, this Republican controlled state, because they understand that if you get rid of the young voters, you get rid of the new voters, you get rid of the people who clearly want to participate in the process and you’re going to help Republicans by doing it. By getting them out of there, you help Republicans. And at a time when Ted Cruz is kind of consistently tied statistically with his opponent, Beto O’Rourke, that’s a perfect time to purge voters that might push O’Rourke over the edge and finally unseat Ted Cruz.

But as long as we do have groups out there, which there’s been a lot of voter groups out there in Texas helping these people who had their applications rejected, resubmit them and finally get approved thousands, I think 2,400 actually have already been re-approved after being rejected. That’s likely not enough to sway the election. But hopefully it’s enough to make sure that we have people out there who want to participate in the process and are allowed to participate in the process.

Republicans are pulling out every single possible dirty trick. We need more organizations out there helping people to overcome these hurdles. Because if we can do that, if we can get people to the polls, if we can get them to cast their votes, we can finally get these vote suppressing, voter purging Republicans out of office and maybe get some laws in place to where we don’t have to deal with this form of election cheating anymore.