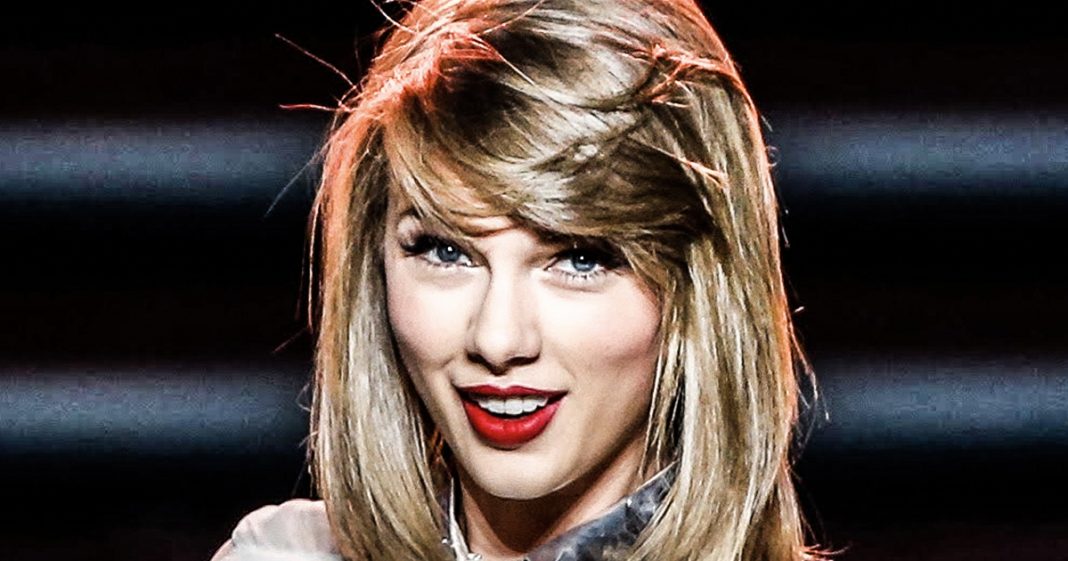 Republicans hate when celebrities speak out about politics, but only if those politics aren’t conservative in nature. This hypocrisy was on full display this week when conservatives all over the media and on social media had public meltdowns over Taylor Swift endorsing a Democrat in Tennessee and urging people to vote their values. Apparently these same conservatives who want entertainers to shut up about politics forgot that they put a reality TV show host in the White House. Ring of Fire’s Farron Cousins discusses this.

So, over the weekend, Taylor Swift posted a new post on Instagram, where she announced that she was actually endorsing a democrat for Senate in the state of Tennessee over the Republican, Marsha Blackburn. The Democratic Senate candidate is Phil Bredesen, and she actually endorsed him. But she made this really long Instagram post, talked about how people need to vote their values. We need to take care of one another. It actually wasn’t even a partisan message other than her saying, Bredesen over Blackburn.

Well, that little post has sparked quite an outrage among conservatives and conservative media outlets. Fox News yesterday actually brought on Charlie Kirk to talk about how horrible Taylor Swift is. Now, he went out there and said, hey, Taylor, I wish you hadn’t done this. You just need to stay out of politics. I like you, but I like Kanye West more.” Now, the reason that’s important is because just a few weeks ago when Kanye West appeared on Saturday Night Live, and gave his little pro-Trump rant, Fox News had Charlie Kirk on, where he said, “This is an amazingly profound cultural moment.” Talking about Kanye West speaking out about Donald Trump. That was his quote, this is an amazingly profound cultural moment.

Here’s what’s so funny and stupid and sad about this entire Taylor Swift story. Republicans are so dumb that they don’t understand first and foremost, that they elected a reality TV game show host as President of the United States, a guy who hadn’t spent a day of his life in politics, given the best job in the country. And they don’t see the irony of telling other celebrities that you shouldn’t talk about politics, unless of course that celebrity happens to be a conservative.

We have seen these morons come out of the woodwork to support people with backwards views like Kanye West, who by the way recently called for the abolition of the constitutional amendment that did away with slavery, Roseanne Barr, Tim Allen, Ted Nugent. The list of third rate D-list celebrities that Republicans are willing to trot out there and say, “Look at this famous person, and they’re wonderful, conservative ideals.” That list is pretty long, and it’s filled with names that most people in this country don’t even know.

But when it’s somebody like a Taylor Swift or a Leonardo DiCaprio or George Clooney, oh my God, you just need to shut your mouth and keep entertaining us. If it’s a Colin Kaepernick, “My God, you need to stand up and just go out there and perform for us.” That’s not how it works. You either let celebrities and professional athletes voice their opinions on any issue, regardless of their political affiliation, or you can accept any of them. Nonetheless, all of them, right, left, center, everything in between have a right to do that.

It’s not even your place to tell the conservatives to shut up. If these celebrities want to have an opinion and make it known to the public, that is their right to do it. If they face any consequences for it, if Republicans don’t buy Taylor Swift’s songs anymore, they’ll deal with that. Honestly, at the end of the day, no matter who the celebrity is, or really what side of the aisle they’re on, a couple of people protesting them isn’t really going to hurt their careers. Unless you do something incredibly stupid and racist, like Roseanne, then yeah, probably not going to work out very well for you.

But Fox News needs to get over their little selective outrage over these selective celebrities who disagree with them on vital points about how we should be behaving as American citizens. Because they’re backing all the wrong horses in these races. At least, at least, some celebrities, even like Taylor Swift, who have been silent about politics for so long understand that things have gotten so bad in this country that they can’t stay silent anymore. They have major platforms, they have huge megaphones, and it is within the public’s best interest for those people to use those megaphones to educate them about what’s actually happening in this country.