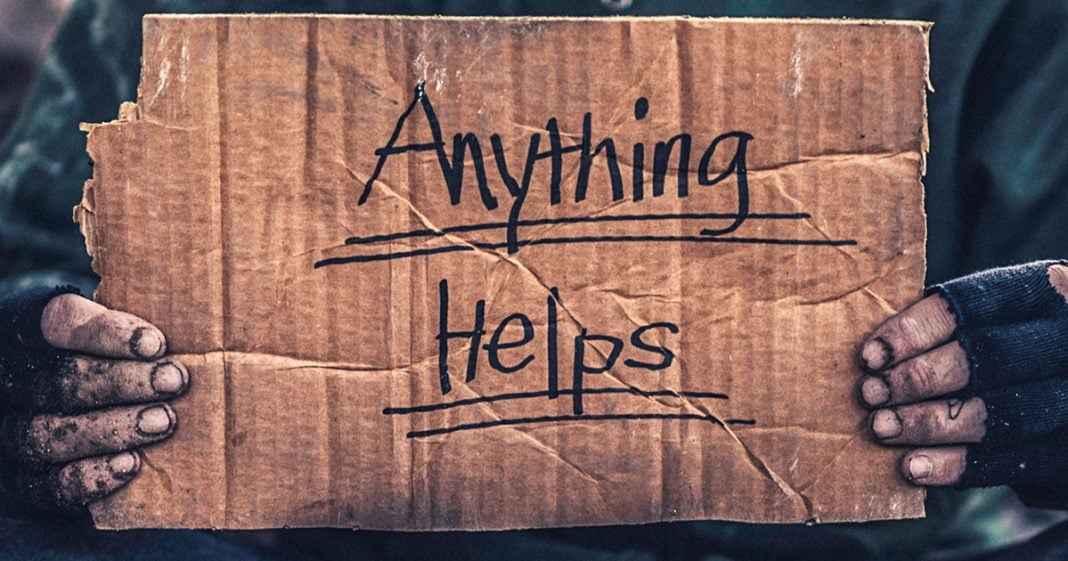 According to the latest round of data, the bottom 90% of income earners in the United States are actually pulling in less money today than they were in 2007, meaning that the economy recovery we hear politicians bragging about has had zero effect on their lives. The only people who have reaped any kind of benefit are those at the top – the very people who didn’t need a handout yet got one anyway. Ring of Fire’s Farron Cousins discusses this.

Republican politicians love to tell us that the economy is doing great, and therefore everyone in the United States is doing better than they were just a few years ago. The problem is, there are no numbers that actually support those claims. I mean, just yesterday Paul Ryan is out there Tweeting about the fact that American workers are making more money, the tax cuts are helping everybody, and everybody is doing better. Donald Trump did the same thing just yesterday, but it’s not true. In fact, according to the latest data, the bottom 90% of American income earners today are actually poorer than they were in 2007, when the financial meltdown began. We’re making less money today than we were back then. In short, these 10, 11 years of economic recovery that we’ve had have not affected the bottom 90% in any way at all.

Here’s why. Most of the economic recovery that has actually taken place in the United States has been in the housing market and in the stock market, and unfortunately, for those of us in the bottom 90%, we either don’t own stocks and we only have one home, or we rent, so the 25% to 135% increase in home prices, which is what’s happened over the last 10 years, hasn’t really affected us, because unlike that top 10%, we only own one home, so our net worth, our value as a human being in this capitalistic society, has not increased. We don’t own stock. 60% of this country has $0 invested in the stock market. Either we don’t make enough, or we’ve got our retirement funds in a different kind of plan that doesn’t go into stocks. Maybe it goes into bonds. Whatever it is, we’re not benefiting from any of this recovery.

When you go to the polls this November, I want you to remember that. You’re not better off than you were 10 years ago. You are worse off, because all of the recovery effort put into this economy, and that actually includes what happened during the Obama years, all of that aid, all of the assistance, and all of the priority was placed squarely on making sure that the top 10%, the top 5%, the top 1% made all their money back. They’re doing better than ever. We’re worse off than we were when this entire financial meltdown began.