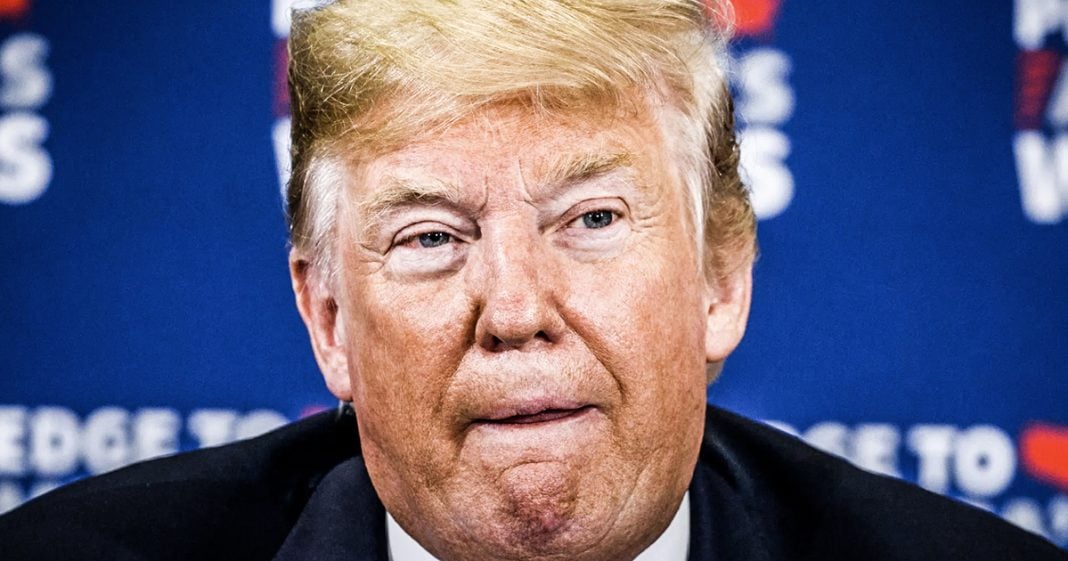 According to the latest numbers from the CBO, in just a few years we’ll be paying more in interest on our ballooning debt than we will on military or Medicare. The reason the debt has exploded so much is because of the Republican tax cut package that has put more money into the hands of the wealthy elite while the rest of us suffer. Ring of Fire’s Farron Cousins discusses this.

During the Bush administration, Dick Cheney famously said, “Deficits don’t matter.” And the reason he said that is because obviously, the Bush administration was running up the federal deficit, spending far more than we were taking in, and it actually eventually led to an economic collapse exacerbated by the corruption of the big banks, the housing market bust, and all kinds of other things. But that federal deficit played a major role in that economic collapse.

Today, under the policies of Donald Trump, Paul Ryan, Mitch McConnell, and every other Republican in Washington DC, the federal budget deficit is now 21 trillion dollars. 21 trillion dollars. And the reason it’s gotten so high recently is because of that massive tax giveaway they just gave to the top one percent. Those tax cuts have absolutely destroyed the United States budget. And a new report from the Congressional Budget Office, the CBO, says that within just a few years, we’re going to be paying more for interest on our federal debt than we are for the military or Medicare spending. So most of the money spent by the federal government in just a few years is going to be spent on interest on all that money we’ve had to borrow.

And here’s the problem. To an extent, Dick Cheney is right. Deficits don’t matter. Economists will tell you the same thing. They’ll also say the rest of the sentence. Deficits don’t matter when the economy is bad. See, that’s the difference. Running a high deficit in a bad economy is actually a good thing because that means the government is spending more money, and that can help kickstart the economy. It’s what Barack Obama did, and guess what, folks? It worked.

When the economy is good, every economist out there in this country worth their salt is going to tell you that you have to reduce spending. The economy’s chugging along fine, so you reduce spending, you reduce borrowing, and you start paying down that debt. But we’re not doing that today. The economy is doing fine for now. Most economists predict things are about to go south pretty quick, but we’re also ballooning the deficit at a time when we should be paying it down. We’re taking in less revenue because of the tax cuts, so we don’t even have the means to pay it down right now. All of this spells impending economic disaster, and when it happens, ladies and gentlemen, you can place the blame for it squarely at the feet of people like Donald Trump and Paul Ryan.